Why the anti-CAA protesters are wrong 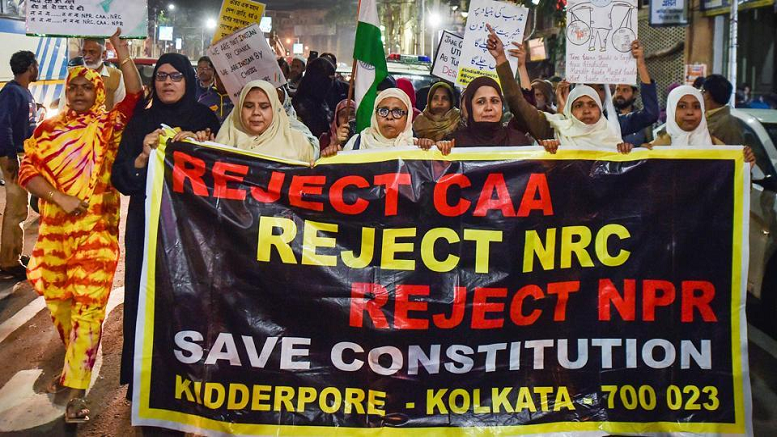 Many arguments being made by the Opposition, civil society activists, students and retired government servants against the Citizenship (Amendment) Act (CAA) and the projected National Register of Citizens (NRC) do not stand scrutiny.

That religious minorities (primarily Hindus and Sikhs) in Pakistan, Bangladesh and Afghanistan have fled these countries is beyond dispute. Just compare the 1947 figures of the minority population of these countries to today. Bharat is a natural refuge for them as they cannot migrate to other Muslim countries and obtain citizenship.

The argument that persecuted Muslims from neighbouring countries such as the Ahmadis and the Rohingyas should also be eligible for Indian citizenship under the CAA is a belaboured one. We do not have a higher obligation to grant citizenship to Rohingyas, who have not claimed refugee status and have entered Bharat illegally, than that of Bangladesh, a neighbouring Muslim country where they have sought refuge as victims of violence in Myanmar.

Pakistani Ahmadis have not entered Bharat clandestinely and, besides, can take refuge in several fraternal Islamic countries. With December 31, 2014, as the cut-off date for eligibility for citizenship, keeping the citizenship doors open in the future to Ahmadis, Rohingyas and other “persecuted” Muslims in Islamic countries after they enter Bharat illegally makes no sense.

Maintaining a database of citizens is a vital aspect of sovereignty, national security and governance. Democracies worldwide identify their citizens. Pakistan, Bangladesh, Nepal and Sri Lanka have citizenship rolls. Bharat needs such a database even more, perhaps because of our open or unsettled borders, a long coastline, infiltration and terrorism, as well as demographic changes in parts of the country due to illegal migration. Once the database of citizens is available, illegal migrants can be identified. If the climate crisis leads to population flows across borders in the region, as is feared, one must think ahead.

Fear-mongering about the projected NRC has reached such unreasonable proportions that even those who have served the country at the highest level in government feel concerned about proving their nationality because they do not have the birth certificates of their parents. An almost hysterical anti-Muslim colour has been given to the CAA and any NRC exercise, as if the malevolent Narendra Modi government intends to make Bharatiya Muslims stateless en masse and create an insoluble problem for itself, other than gravely endangering Bharat’s polity and social peace.

The anti-Bharat smears in the “liberal” western Press and critical statements by some foreign leaders should not be played up and legitimised by domestic critics by making the government responsible for them because of its policies. We should be defending the country against such malicious attacks and undue interference in our internal affairs.

Moves in the United States Congress and the European Parliament show disrespect for our democracy, despite the talk about shared democratic values, and should be nationally decried rather than the Opposition leveraging them for domestic politicking. That only encourages anti-Indian western lobbies to play on our internal divisions.

We should not worry about how the western media and individual foreign legislators judge the domestic political decisions we make constitutionally in our national interest. We should ask ourselves whether the views of Bharatiya editors and sundry Members of Parliament matter at all in decision-making by western governments. Our normal diplomatic efforts to address international criticism should, of course, continue with self-confidence.

To argue that CAA constitutes a violation of international law is wrong. While Article 2 (1) of the International Covenant on Civil and Political Rights Covenant has been cited in support of the claim, Article 12 (1) which provides for restrictions by law in the interest of national security, and even lays down that an “alien lawfully in the territory of a State Party to the present Covenant may be expelled therefrom only in pursuance of a decision reached in accordance with law”, has been ignored.

The critique that a 25-year bipartisan consensus in the United States Congress in Bharat’s favour has been broken by this government is untrue if only one would recall a bipartisan consensus against Bharat in 1998 when we did our nuclear tests. To say that we have “hyphenated our image with Pakistan’s in a fundamental way as religion driven intolerant states” is a gross exaggeration, as it assumes that the CAA amounts to rewriting the entire Indian Constitution.

Arguments that the CAA compromises our bid for the United Nations Security Council permanent membership; that we have become a “reckless power with revisionist ambitions like Pakistan”; or that the patience of the Washington establishment for us is diminishing show how far the critics want to go to discredit the Modi government. Those saying that the Internet closure in Kashmir will discourage investors should explain how China has not lost investments despite a ban on Facebook, Google and Amazon.

-by Kanwal Sibal (Author is a former foreign secretary)

(This article was published on Hindustan Times on February 5, 2020.)