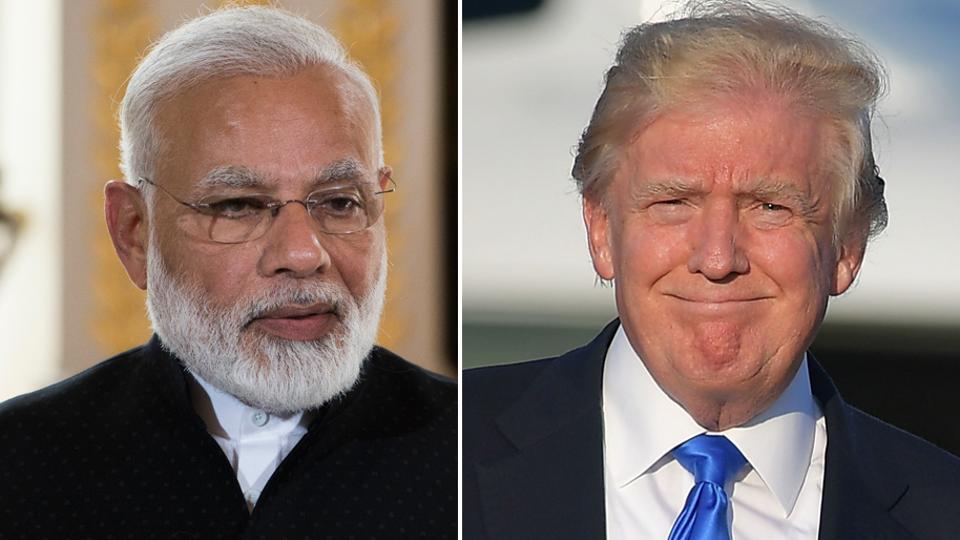 “Í prefer Trump to Hillary”, I told a German friend in the run up to the US elections in 2016. There was a little pause and then she said, “You are the only person I know who says this openly.”

I knew that my view was politically incorrect though I did not understand why German media was so virulently anti-Trump. It was as anti-Trump as it had been anti-Modi before the 2014 elections. At that time, German media called Modi a Hindu fundamentalist and racist, and predicted that Modi would be extremely bad for Bharat.

Modi won and turned out to be good for Bharat, especially for the poor. Trump was portrayed as incompetent and misogynist, whom no self-respecting American could possibly vote for, yet he also won the elections in 2016.

But why is media now in 2020 again so virulently anti-Trump? Didn’t he prove himself by doing a lot of good things? Without him, ISIS might still be going strong in Syria, economy looked up before the Corona virus came from China, the situation in the Middle East improved tremendously, even with North Korea great strides were made, China was put in place to a certain extend. But all this does not seem to count.

So what is his main fault?

It may have to do with Islamic terrorism. Donald Trump was the first major politician who put “Islamic” before terrorism in 2016, and the phrase “Islam is a religion of peace”, which was a favorite under Obama, went slowly out of use.

History is proof that Islam is not a religion of peace, except maybe in a futuristic scenario when only Muslims remain on earth and all others have been converted or killed. This scenario is indeed the goal of Islam. It’s hard to believe that people could actually pursue this goal, but brainwashing from childhood works. It works also for Christians who also are taught that the great Creator will accept only Christians in heaven.

When I came a few years ago across an old article in Spiegel online from 2005, I realized that the project of Islamization is not only planned, but is or was till recently at least, well on track. The title of the article was “The future of terrorism. What Al Quaeda really wants”. It is about the Jordanian journalist Fouad Hussein who had spent time in prison with al-Zarqawi and had managed to make contact with many of the network’s leaders. Based on correspondence with these sources, he brought out the book “al-Zarqawi – al-Qaeda’s Second Generation”.

In it, he describes the terrorist network’s strategy for the next two decades from 2000 till 2020. The Spiegel wrote in 2005, “It is both frightening and absurd, a lunatic plan conceived by fanatics who live in their own world…”

What was this strategy?

Al Qaeda had planned to establish an Islamic Caliphate in seven steps all over the world. When I read this article in 2017, I was shocked how closely they stuck to the program.

For example it was planned for the 4th phase between 2010 and 2013 that the Arab regimes will fall. How well they had timed it. Do you remember the euphoria among Western leftists about the Arab spring and fall of the regimes in Egypt, Tunisia and Libya? And the massive attempts to dislodge Azad in Syria?

The 5th phase from 2013 to 2016 predicted the establishment of the Caliphate. How could they plan ISIS and Baghdadi so correctly 15 years in advance? It almost seemed as if Obama’s election was also planned in advance.

The 6th phase from 2016 to 19 was meant to see total confrontation between believers and unbelievers and finally, in the 7th phase there was supposed to be a “definitive victory” in a maximum 2 year long war, where the rest of the world will be beaten down by the 1.5 billion Muslims.

In its article from 2005, the Spiegel wrote, “The 20-year plan is based mainly on religious ideas. It hardly has anything to do with reality — especially phases four to seven.”

But now, in retrospect, we can see that all went according to plan till 2016, when Trump unexpectedly arrived on the scene. Even Bharat had helped their agenda till 2014, by trying to divorce Islam from terror and instead blaming Hindus for it. It was a mischievous agenda, which even tried to put the blame for the Mumbai terror attack of 2008 on Hindus. It almost succeeded, if not one of the terrorists had been caught alive thanks to the bravery of Constable Tukaram Omble, who sacrificed his life for it.

But since 2016 the plan got somewhat derailed. Was leftist media so virulently against Trump because he would not be collaborating with this agenda and would go against it?

Was Modi so badly demonised because he was the first Hindu at the helm in Bharat who would not further the agenda which was going into the right direction (from the Islamists standpoint)? Even after Independence, Hindu tradition was denigrated and Hindus were apologetic about being Hindus. Islam and Christianity were presented as egalitarian and the better options compared to Hindu Dharma with its “terrible caste system”.

The vilification of Hindus and especially Brahmins was taken up worldwide with a feverish pitch. And though Modi still favoured Muslims for example in regard to scholarships, he also openly acknowledged his Hindu identity.

But there is one riddle: Why on earth would leftists want to further the Islamization of the world? Aren’t Leftists virulently opposed to religion and especially to the rigid, dogmatic Abrahamic ones?

I read an explanation, which made sense: after the collapse of the UDSSR, those so called intellectuals, academics and journalists, who had been groomed by UDSSR, were suddenly without patronage. Oil money came to their rescue. They still peddle their leftist agenda but are very soft on Islam and even work in tandem with them due to “gratefulness”.

Their agenda of creating chaos and fighting the “class enemy” fits the Islamic agenda. The radical left is ready to burn America or Bharat if they are called out on the streets. So basically Al Qaeda’s program was still on track when it projected “total confrontation” for the years 2016 to 2019. Right after Trump’s election victory, massive confrontation started, though not between believers and unbelievers, as there are still too few believers in the US, but with the explicit purpose of bringing Trump down, who did not view Islam favorable like his predecessor.

In Bharat, too, confrontation increased ever since Modi came to power and non-issues were made into big, “controversial” issues, like CAA. The Delhi riots, too, were part of this “total confrontation”, and in Bharat it was indeed between Muslims and Hindus, as Al Qaeda had envisaged. The attempt to project Hindus as the instigators and perpetrators however failed due to too many proofs to the contrary, though media still peddled this fake narrative.

Since the claim of victimhood of Muslims has become less credible worldwide, ever since the West has direct experience of Islamists, the attempt is now to divide the Bharatiya society on the basis of caste. Thanks to a Republic TV channel sting operation, the most recent plan to create bloody riots in Uttar Pradesh on the false claim of gang rape and murder of a Dalit girl by upper castes in Hathras was fortunately nipped in the bud. Yet western media, like German dw, prepared the ground for justifying riots against “caste oppression” in Bharat through their biased, sensational reporting.

This recent attempt to create bloody riots failed, but in all likelihood it was not the last attempt. The program of Al Qaeda will be pursued unless there is a change of heart of those who pursue and finance it.

It would mean radical Muslims too, realize that the great Creator of this billion years old universe with its unimaginably huge dimensions cannot possibly want that all humans follow the Quran or else they will be thrown for all eternity into hellfire. It would mean they realize that we humans have an inbuilt compass, our conscience, which points us to right behavior. This right behavior does not include killing your neighbor because he calls God by another name.

(This article was first published on the author’s blog on October 19, 2020 and is being reproduced with permission, after minor edits to conform to HinduPost style-guide)