Why is the demand for “Kongu Naadu” rocking Tamil Nadu politics 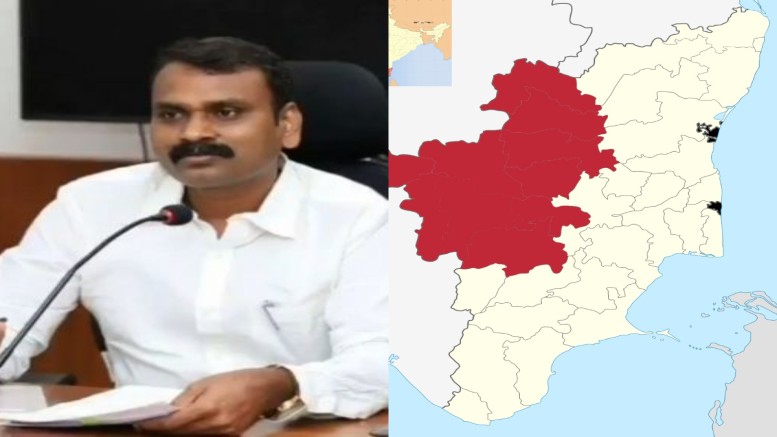 The mention of non-existent ‘Kongu Naadu’ in Tamil Nadu as the place from where the newly sworn in Minister of State for Fisheries, Animal Husbandry and Dairying, Information Broadcasting L. Murugan hails, has sparked speculations including creation of a new union territory.

On Saturday, a Tamil daily speculated on central government’s plans to carve out the western belt in Tamil Nadu as a separate union territory where the BJP has considerable support base.

The central government had sent out small sketch of all the new ministers where in for L, Murugan, who was sworn in on July 7, it was mentioned:

“Shri L. Murugan has practiced as a Lawyer in Madras High Court for 15 years before joining full-time public life. He was Vice Chairman of the National Commission of Scheduled Castes from 2017 to 2020. He holds a LLM and PhD in Law from Madras University.

The words Kongu Naadu has baffled many in the state including the BJP leaders.

“There is no place in the state called Kongu Naadu. Further the word Naadu means country. The central government could have mentioned as Kongu Region,” K.C. Palanisamy, a former MP and a former MLA told IANS.

The Kongu Region or generally the western belt of Tamil Nadu, Palanisamy said, is the place where Gounder’s are majorly present.

‘Kongu Naadu’, he also agreed that the centre nor Murugan had clarified the matter later.

A Tamil daily without quoting any names had reported that the central government is planning to create a union territory out of the western belt where BJP is having some support base.

“The mention of ‘Kongu Naadu’ in the thumbnail sketch of Murugan could be to give him a social/regional identity,” K. Annamalai, President of the Tamil Nadu BJP told IANS.

With BJP led NDA in power in Puducherry, could the BJP nurture ideas of gaining power in Tamil speaking land by carving out a union territory out of Tamil Nadu’s western belt?

It is difficult for the party to gain a foothold in an undivided Tamil Nadu in the near future where the anti-BJP sentiments are being whipped up by DMK and its allies.

Former Minister and AIADMK leader C.Ve. Shanmugam recently said the party’s loss in the April assembly elections was due to its alliance with BJP.

Couple of other AIADMK leaders had shared similar views with IANS when the party was routed in the Lok Sabha elections last year.

“Nobody in Tamil Nadu has raised any demand for creation of a union territory comprising of the western belt. The people will not like it,” Palanisamy said.

“If the BJP led central government moves ahead in that direction then the demand for Dravida Naadu will gain strength,” he added.

The carving of the western belt into a union territory will also have a severe impact on Tamil Nadu’s overall economy as the the region is highly industrialised.

“A new union territory out of Tamil Nadu is a big joke. The BJP cannot carve out a new union territory without people’s wish. Even its ally AIADMK would not like it. If in case the BJP does it then, no AIADMK and BJP person can win an election in the state,” DMK MP and spokesperson T.K.S. Elangovan told IANS.

The BJP may be thinking that with AIADMK on its side and DMK weak in the western belt, it has an edge.

The DMK can blunt that edge by bringing a top Gounder leader from its fold in that region and giving him the needed prominence.

A Tamil Nadu BJP leader not wanting to be quoted told IANS: “We were clueless as to the reason for the central government press note mentioning Kongu Naadu. As far as we in the state know that there is no hidden agenda. No thought process as to creation of a union territory out of the western belt was there.”

When contacted by IANS, Murugan was not available for comments.

HinduPost comments : It is amusing to see the DMK and other Dravidian parties and leaders calling unity of the state a virtue, when they have been most reluctant to accept the unity of the country. Just a few days ago, they were running a seperatist agenda by calling Bharat just a “Union of states” and refusing to say “Jay Hind” in the assembly.