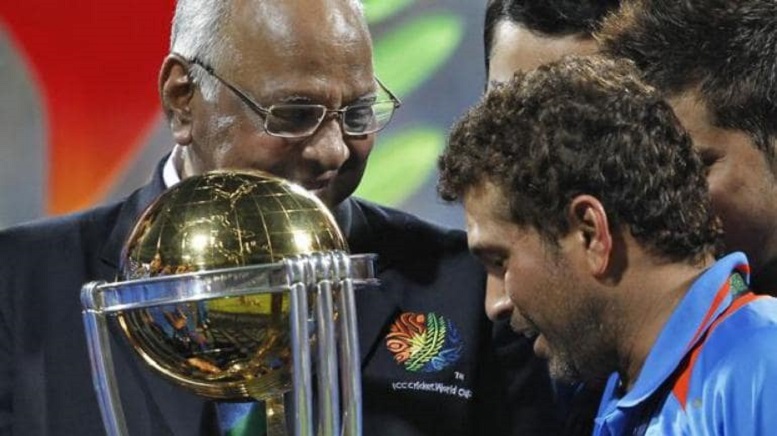 The MVA government in Maharashtra has taken political vindictiveness to a new low with their decision to initiate an inquiry into pro-Bharat tweets by two Bharat Ratnas – Lata Mangeshkar and  Sachin Tendulkar – who had called for the nation to solve its internal issues independently, without outside interference. The tweets were made after vested interest groups working abroad had managed to get some international celebrities to misrepresent the farmers protest going on at Delhi’s borders.

Maharashtra Home Minister Anil Deshmukh ordered a probe, at the behest of coalition partner Congress, to investigate whether the central government ‘put pressure’ or ‘arm-twisted’ the celebrities into making the tweets in question with the hashtags #IndiaTogether #IndiaAgainstPropaganda. The MVA coalition has opposed the agricultural reforms introduced by the centre, and joined protests in Mumbai to express solidarity with the farmers unions protesting at Delhi.

The two national icons become the latest in a long list to have come under the scrutiny of the MVA. Seeing various external forces, whose vicious anti-Bharat agenda was revealed by the protest toolkit that got leaked,  trying to put pressure using social media, both Sachin and Lata ji stood up for Bharat, as did millions both here in Bharat and all around the world.

Known for his kindness and restraint, all that Sachin mentioned in his tweet was to ask foreign entities to stay out of our internal matters. Lata ji’s tweet merely mentioned that ‘Indians are equipped to resolve their issues amicably’. Sharad Pawar meanwhile almost threatened Sachin ‘advising’ him to exercise restraint while speaking on non-cricket matters, connoting Sachin said something controversial and sinister. Incidentally, Lata ji’ and Sachins tweets were neither for nor against the new Farm bills. Taking a cue from their senior statesman, the MVA went a step ahead and has ordered an inquiry into tweets that no sane Bharatiya can have an issue with. Citizens have protested en masse venting their ire on social media. The common man reminded Sharad that if his cricket experience was the yardstick, he would never have become the ICC President. And for that matter, what experience or knowledge do Rihanna, Greta Thunberg or Mia Khalifa possess to weigh in on the reforms or even the protests – seeing as to how they are clueless about the violence that lumpen protestors unleashed on Delhi police on Republic Day?

What was the real provocation and motivation for this targeting of Sachin Tendulkar and Lata Mangeshkar? It is instructive that other celebrities like Akshay Kumar, Rohit Sharma etc who also made similar tweets in support of the nation have not been included in this ‘probe’. Are Sachin and Lata ji being targeted as they are Maharashtrians, in a crude attempt to introduce a regional divide?

Twitter Jack added fuel to the fire by retweeting such posts. His platform has also refused to heed the Bharatiya government’s request to block accounts inciting violence by spreading rumours like #ModiPlansFarmerGenocide.  This has drawn a long dark shadow over how the social media network works against Bharat, in Bharat.

Pawar and MVA – an opportunistic alliance with fascist tendencies

Mumbai, the financial capital of Bharat accounts for 70% of capital transactions of Bharat. It also features in the 10 largest trading centers in the whole world. Maharashtra as a whole has been a major pillar of our economy. It is safe to say that whoever controls Mumbai has major influence on the economy of Bharat.

The politics behind this part of the country has been intense in recent years. After the 2014 elections, the state was ruled by the BJP and its old alliance partner, the Siva Sena (SS). However, this time around things soured between the two. BJP won 2/3 rd of the seats they contested while SS was not even able to garner half of what they contested. The SS asked for Chief Ministership, which the BJP naturally declined. Out of the 288 up for grabs, BJP won 105 out of the 160 odd that they contested, emerging as the single largest party. Had they contested alone, they might even be in power now.

This is where Sharad Pawar and his party, the Nationalist Congress Party (NCP) came into the picture. Known for numerous financial scams in the past, anti-Hindu outlook and terror apologia, Sharad Pawar’s political stature has steadily diminished but not his ambition and appetite for power. After winning  around 50 seats, the NCP chief was then able to convince Madam in New Delhi to come to terms with the SS and thus was born the Maha Vikas Aghadi (MVA). Ideologically poles apart, but for the sake of Chief Ministership, a weak SS leadership agreed to join hands with parties whose combined seat numbers were almost the same as the BJP.

As was done during the rule of the UPA for two consecutive terms, rule by proxy was arranged. By installing the SS chief as Chief Minister, Sharad Pawar and the INC leadership started doing things their way in Maharashtra. What has followed is anarchy and lawlessness. Citizens were arrested for voicing opinion against Tablighi Jamaat during the pandemic, or humiliated and thrashed for criticising the CM and other MVA leaders like Jitendra Awhad. Even retired defence personnel were not spared! But the MVA government has now gone so low that they have turned their guns on apolitical heroes of not just Maharashtra, but the entire country.

Signs that democracy and free speech have become a mockery in Maharashtra became evident as soon as the MVA came to power. Beginning with the CAA, a bill which the SS supported in Lok Sabha but later rejected under pressure from 10 Janpath. Maharashtra Police remained a mute spectator as two sadhus and their driver were lynched to death by a blood-thirsty mob in the Communist-Church-NCP stronghold area of Palghar. Citizens who spoke against the lynching on social media were arrested. And most of the lynching accused are now out on bail. 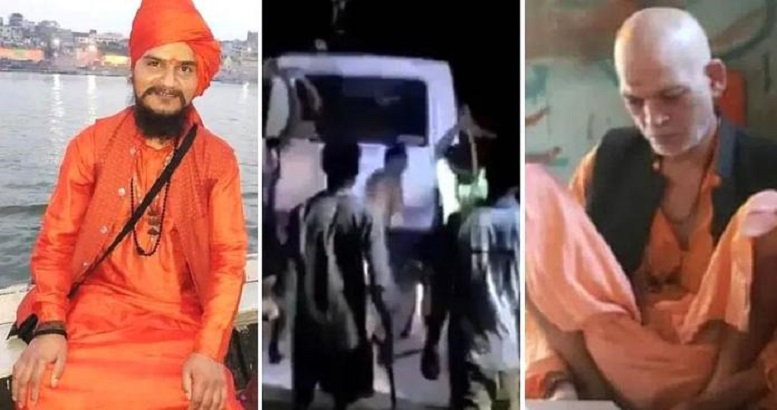 When Arnab Goswami, the owner of Republic TV, questioned Sonia Gandhi about her silence over the Palghar lynching, multiple FIRs were lodged against him and he was gradually hounded by Mumbai Police Commissioner Parambir Singh, an old favourite of the NCP-Congress ecosystem who is also accused of brutal torture of Sadhvi Pragya and Lt. Col. Purohit in the fake 2008 ‘saffron terror’ case. First, Republic TV was somehow ensnared in the TRP rating scam, and then Arnab was arrested after a closed abetment to suicide case was conveniently reopened. Actress Kangana Ranaut had her office officially demolished for speaking against the MVA regime. The former BARC CEO, Partho Dasgupta, who was jailed and allegedly tortured to frame Republic TV in the TRP scam, is still in ICU. His daughter cried hoarsely and even wrote to the Prime Minister but no investigation has been ordered, as yet by the Mumbai police.

Dragged away from his home by AK-47 toting policemen, Arnab was kept in jail for 6 days before SC intervened to grant him interim bail and lambasted the MVA government for its unconstitutional actions.  This was a clear violation of a senior journalists’ freedom of speech, but the media fraternity kept quiet as most have sold their soul to the Congress ecosystem while others saw it as an opportunity to silence a rival. Republic TV’s crew is still being hounded and feeling unsafe in Mumbai Arnab seems to have shifted base to Delhi! This is how the MVA makes journalists fall in line but blames the Modi-led government as ‘fascist’.

It would not be an exaggeration to say that if fascism has a face in the country today, then it is the face of leaders like Uddhav Thackeray, Sonia Gandhi and Sharad Pawar.