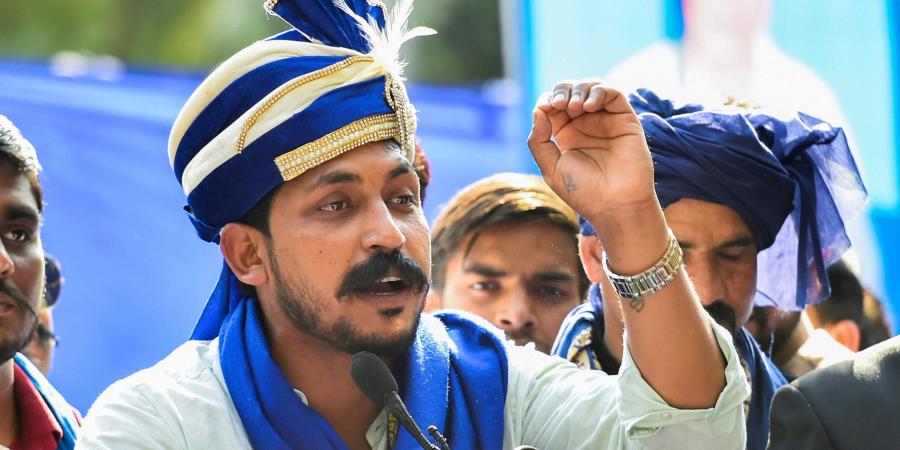 One of the mysteries of the recent anti-CAA protests is the stance taken by Dalit organisations like Bhim Army. Why is an organisation which claims to fight for Dalit rights protesting CAA, a law which will benefit persecuted Hindu Dalit refugees from Bangladesh & Pakistan the most?

Bhim Army chief Chandrashekhar Azad aka ‘Ravan’ has been seen at many anti-CAA protests in UP, Delhi, Hyderabad, Bihar etc. Supporting the Shaheen Bagh protestors, he said, “Women, especially from the Muslim community, have emboldened the spirit of the protest. Muslim women who didn’t come out and speak on abrogation of Article 370, Triple talaq or Ayodhya verdict are now speaking when a law is being forcefully implemented to break the nation. I am proud to see all of them at Shaheen Bagh have remained firm on their demands.”

We decided to speak to a Bhim Army representative in Pune to get their views on CAA and NRC firsthand. Below is a transcript of our conversation with Mr. Datta Pol –

The CAA discriminates on basis of religion which is unconstitutional, hence we are opposed to it.

But the law is not discriminating against Indian citizens on basis of religion. It merely grants citizenship to persecuted refugees from 3 Islamic nations, who are already residing in Bharat as of 31 Dec, 2014. Does Bhim Army disagree that Hindus and other minorities in those 3 countries are being persecuted on basis of religion?

No, we agree that their persecution is true. But the law must not discriminate on basis of religion. There are Muslim refugees too living in Bharat. CAA must cover them too. Even if you had to give citizenship to refugees, the existing Citizenship Act of 1955 was sufficient to do so – there was no need to bring this amendment (CAA).

Muslims are not migrating to Bharat due to religious persecution, except for Rohingyas who are not being denied refuge until the time they can be resettled in Myanmar. But the Hindu refugees have no where else to go but Bharat, many of them are forced to live here illegally.

If there is some ignorance around CAA, then it is the Government’s job to clarify provisions of the law. Just like you are talking to us, couldn’t any senior Government minister have at least gone to Shaheen Bagh to ask those women why they are protesting? Also, why are they bringing NRC? In a country where we still haven’t been able to properly give Aadhar cards to everyone, how can we expect people to produce documentation to prove their citizenship?

NRC is aimed at tackling the problem of illegal immigration – reliable sources have put the number of illegal immigrants at between 1-2 crore. Shouldn’t we look to deport these illegals who have migrated for economic reasons and who pose a national security risk too? Moreover, nation-wide NRC will not be same as Assam NRC where people had to prove ancestry predating 1971. Rules for nation-wide NRC are yet to be announced.

Why did we allow this illegal immigration to take place? Successive governments including Congress ones for the last 70 years should be blamed for this. But now NRC is not needed. If you want to act against illegal immigrants, deport them all including refugees. India belongs to all communities.

Ok, leaving NRC aside, do you agree that there is nothing discriminatory against Indian citizens in CAA?

I will do more research on CAA and get back to you.

Thank you for talking to us!

This conversation with a Bhim Army representative showed how CAA has been misunderstood / interpreted, as well as the genuine fears around nationwide NRC, which Government needs to address at the earliest.