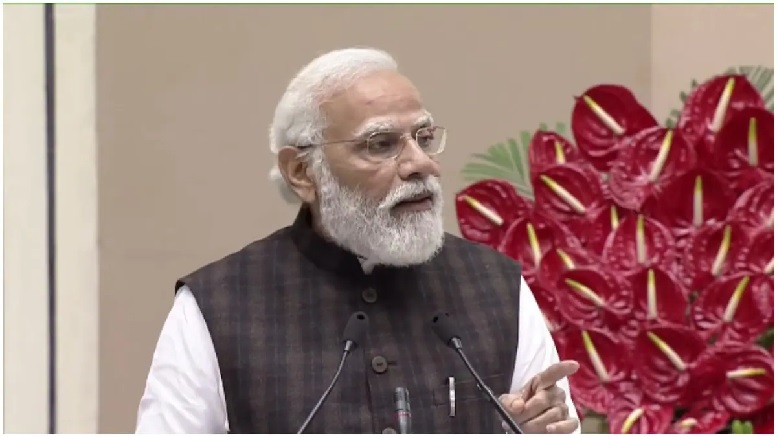 Russia’s intervention in Ukraine has brought about a sea change in world politics not seen since the end of Second World war and the dawn of the Cold war bipolar world.

In current times, the shift is evidenced by states rethinking the military option and increasing their defence spending, as Germany, Sweden, Denmark and others have done.

Conventional warfare is relevant once more amid the new jargon of “cyber, electronic and information warfare” in a multi-polar world.

Not only that, Ukraine’s counter to Russia’s firepower has further proven that the ultimate goal of a state is survival, and self-help is the only choice. While global powers have imposed economic and financial sanctions on Russia, the fact remains that “no country is ready to fight” for Ukraine.

US President Joe Biden clearly stated that Washington will not fight Moscow in Ukraine as a direct confrontation between NATO and the Kremlin would trigger World War III. But the question remains: Have the sanctions been effective in deterring Moscow from undertaking its “special military operation” against Kiev? With the war already in its second month, the answer remains “no”.

The crux of the issue is that the 21st century world is a multi-polar one where there is greater interdependence among states and the axiom that there are “no permanent enemies, and no permanent friends, only permanent interests” holds true.

What is noteworthy is that both Bharat and China abstained from the UN vote condemning Russia. A case in point is Bharat. New Delhi made its position on the Ukraine issue very clear by refraining from taking sides and calling for a peaceful resolution of the dispute through dialogue. New Delhi has neither condemned Russia nor joined in the UN resolutions against Russia, and has not sided with the diplomatic coalition against Russia.

Not siding with the majority is indeed a tough choice, but a pragmatic one for New Delhi in ensuring that its interests vis-a-vis Russia, Ukraine, the US or the EU are not jeopardised.

For instance, Bharat was able to carry out a successful evacuation of Bharatiya citizens from Ukraine under its mission of ‘Operation Ganga’ through its diplomatic channels with Ukraine and Russia and operating evacuation flights from European countries such as Hungary, Romania, Moldova, Slovenia and Poland.

Moreover, it is mindful that its access to fuel from Russia at cheaper rates also safeguards its energy concerns under the looming dangers of the hike in crude oil prices.

Bharat stands neutral in its stance but is independent in its decision-making. What is noteworthy is that both Bharat and China abstained from the UN vote condemning Russia. However, unlike New Delhi, Beijing has called the US “the culprit” whose actions of “pouring oil on the flame” are “irresponsible and immoral”.

Its position has been that the Ukraine crisis is a result of “historical complex historical context” and that Russia has “legitimate security concerns”.

Besides, Beijing has also backed Russia’s accusations against the US of running a bioweapons operation in Ukraine. Furthermore, just a few days prior to the crisis in Ukraine, Beijing and Russia jointly affirmed that their friendship has “no limits” and that “there are no “forbidden” areas of cooperation”.

All this has made the international community wary of China’s position on the Ukraine crisis.

In contrast, New Delhi’s non-reactionary position has had a catalytic effect on the international diplomatic circle, in terms of garnering favourable reactions that focus on Bharat’s humanitarian assistance to Ukraine and its stance of choosing diplomacy and dialogue over choosing any side.

This has allowed New Delhi to reiterate that it can no longer be seen or treated as playing second fiddle to any country and is an important player on the world stage amid great power rivalry.

These visits are mainly aimed at convincing Bharat to join the coalition in condemning Russia. Thus far, Bharat has maintained its neutral position but its suitors are well aware that if Bharat shifts its position, the coalition’s position will only be stronger given the latter’s strong ties with Russia.

Russia is also the most important supplier of defence equipment to Bharat, accounting for nearly 70 per cent of Bharat’s defence hardware.

This is evident from Washington’s harsh warning to Bharat suggesting that Delhi should not expect Moscow to come to its rescue if China violates the Line of Actual Control (LAC) once again. Bharat since its Independence in 1947 has been single-handedly fighting the security challenges on the two fronts of its territory — China and Pakistan, without any rescue help from any external party, which also includes the US.

Second, Bharat’s defence ties with Russia are not just old but also strong. Bharat is the largest export recipient of Russian arms (2017-2021). Besides the acquisition of the S-400 Triumf air defence missile system from Russia, the joint venture on BrahMos supersonic cruise missiles has significantly added to Bharat’s defensive posture against China along the LAC.

Hence, Bharat is able not to depend on any country in its dealings with China along the border. Besides, Russia is also the most important supplier of defence equipment to Bharat, accounting for nearly 70 per cent of Bharat’s defence hardware.

As the diplomatic visits show, Bharat is not a player that can be isolated and ignored. Its presence is desired on the diplomatic high tables despite its stance on the Russia-Ukraine crisis.

Bharat’s position on the Russia-Ukraine crisis is independent and based on pragmatic choices dictated by the national interest. As rightly noted by US State Department Spokesman Ned Price: “Different countries are going to have their own relationship with the Russian Federation. It’s a fact of history. It’s a fact of geography. That is not something that we (the US) are seeking to change.”

By not taking a reactionary position but a responsive one, Bharat has proven its weight amid great power politics. As the diplomatic visits show, Bharat is not a player that can be isolated and ignored. Its presence is desired on the diplomatic high tables despite its stance on the Russia-Ukraine crisis as evinced by the recent signing of the Economic Cooperation and Trade Agreement between Bharat and Australia.

Besides, Bharat is going to hold the G20 presidency in 2023, a role that will be significant as the global order realigns and reshapes. All in all, Bharat’s geographical position and its independent foreign policy choices mean that New Delhi matters in a 21st century world order now more than ever.