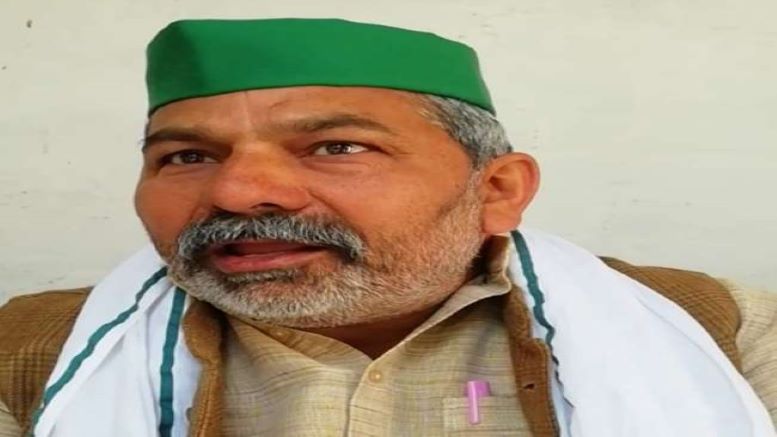 Farmers have been agitating for almost a year to have the three contentious farm laws withdrawn. Undoubtedly, this has been one of the longest agitations and dharnas in decades and it remained largely peaceful, barring the unfortunate incident that took place on Republic Day this year.

Now with the Prime Minister having announced the withdrawal of the three farm laws, the main irritant between the government and farmers is gone. It was expected that after the announcement regarding withdrawal was made, the farmers would wind up their dharna and end their agitation and head to their homes.

To everyone’s surprise, the representative body of the agitating farmers, the Samyukt Kisan Morcha (SKM), and the face of the farmers agitation, at least in western Uttar Pradesh, Mr. Rakesh Tikait announced the continuation of the dharna till the Parliament actually repeals the three laws in the coming session, expected to commence in the coming week.

Mr. Tikait has stated that he does not trust the announcements made by the government and will think of lifting the dharna only after the laws are repealed by parliament. He opined that many unresolved issues concerning farmers still remain and they need to be resolved before they can say thank you to the government.

While taking policy decisions, the government needs to take into consideration demands put forth by various sections of the population and weigh them carefully, looking at the overall national interest. It is not prudent for governments to act under pressure in any situation, come what may.

Various sections of the population have their own interests in their minds when they put forth their policy prescriptions before the government. As far as several demands raised by the farmer’s bodies are concerned, they have been on the table for years and various commissions and committees have gone into them and debated the pros and cons of the solutions suggested from various quarters. Consensus is yet to emerge on the way forward to resolve the issues concerning farm distress. But one thing is certain- that the larger section of our farming community is poor, perpetually debt ridden and unable to unshackle the chains of poverty.

So, governments need to focus on this issue urgently and take suitable policy decisions to help our farmers and that has to include many suggestions made by various farmer’s associations and bodies. Urgent actions on this front are the need of the hour.

We have the experience of public movements forcing the government to act in haste. Not very long ago, the nation witnessed the anti-corruption movement led by Anna Hazare. The proponents of that movement could fool people into believing that the Lok Pal act would be a panacea for all the ills plaguing Bharat. Those striving for the setting up of Lok Pal had no understanding of how the system works. The Lok Pal bill was discussed and debated extensively by those leading the movement and deemed as being grass root democracy in action. This group of irresponsible people who had a personal hidden agenda of their own and future political ambitions, succeeded in selling their ill-conceived and half-baked ideas to our gullible population who had no understanding of how the gigantic governmental institutions work.

So much pressure got mounted on the then UPA government, because of this campaign and due to their own failings on the governance front, that the government succumbed and for the first time in the history of any democracy, a group of people having no understanding of how the government works nor having any experience of running the government, were made a part of the drafting committee set up to actually decide the contours of such an important piece of legislation.

As we all know by now that much heralded piece of legislation has abysmally failed to deliver. The Lok Pal has been in place for many years now but the outcomes promised by the agitators who sat in the drafting committee remain unrealized. Those who had promised the moon to common people are themselves mired in grave corruption.

The salutary lesson the nation needs to learn from this horrific experience is that the governments should never act under pressure, never rush through legislation which have larger ramifications and impact public interests.

Mr. Tikait should be happy that the yearlong farmers’ agitation literally forced the central government to take back the three contentious farm laws. The farmers body has every right to make demands which would resolve their problems. They must present their case forcefully before the government. They have tasted victory but now leaders like Rakesh Tikait need to come to the negotiating table and seriously focus on arriving at the solutions.

Continuation of dharna is only going to harm the farmers’ interest. It is time to act wisely and refrain from pressurizing the government to rush along a certain path. Tikait and other farmer leaders, if they act stubbornly, will lose the support and sympathy they have earned. Now they need to act prudently and not fritter away the advantages earned through a long-drawn struggle.