“When people can over-crowd in trains, why is triple-riding on bikes fined? We will end this”: SP-ally Om Prakash Rajbhar 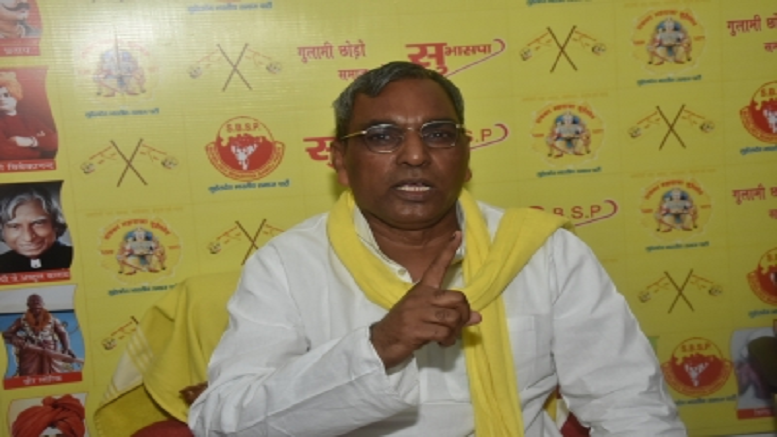 In a seemingly bizarre poll promise, the Suheldev Bhartiya Samaj Party (SBSP) chief Om Prakash Rajbhar, has promised to waive off fines for those riding bikes with three people.

Rajbhar said that if the Samajwadi Party (SP)-led alliance comes to power, he will ensure that no challans are issued for ‘trippling’, or three people on a two-wheeler, in the local parlance.

The former Uttar Pradesh minister said: “We will allow triple riding on bikes and no one will be fined for this.

He said that the autorickshaws and tempos also fill their vehicles with passengers more than their seating capacity but they are also not fined.

“We will make sure that triple riders are not fined,” he added.

So far, the SBSP has announced its candidates from three seats — one in Balha (Bahraich) and two in Sandila (Hardoi) and Misrikh (Sitapur).