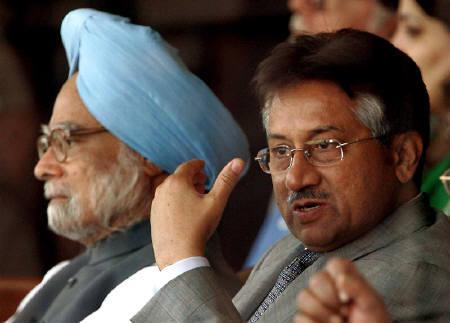 The abortive relationship between Bharat and Pakistan is like a sine curve – troughs when an inevitable Pak-sponsored terror attack rocks Bharat, and peaks when the shock of the last terror attack or border violation is wearing off and the professional peace drum beaters are out in full force with their next manufactured peace/talks initiative.

We are witnessing another such artificial peak these days with the Kartapur corridor initiative and Imran Khan-Navjot Sidhu (both cricketers turned politicians) bromance. Our liberal-secular English language MSM does not need a second invite to jump on this fashionable bandwagon –

At a time when even the Americans are upping the pressure on Pakistan to act against the perpetrators of the barbaric 26/11 attacks, our Pakophiles want Bharat to yield yet again to Pakistan’s demand for talks without any tangible and proven action against the terror industry nurtured by the Pakistani State.

Imran Khan, who ironically has earned the moniker ‘Taliban Khan‘ for his positions & statements in support of the dreaded Pakistani terror group,  has said he expects talks to resume after the 2019 general elections – a dog whistle to the secular-liberal cabal to boot out the ‘hardline’ Narendra Modi government. Pretty soon, we can expect the usual talk of cricket diplomacy to further this latest ‘peace initiative’.

Seeing how short public memory is these days, it will be educational to take our minds back to 2004-05 period when similar scenes were witnessed and Bharat-Pak cricket series were organized as part of the same ‘cricket diplomacy’. This June 30, 2012 Times of India article shows how captured terrorist Abu Jundal confessed that Pakistan had abused the relaxed visa regime provided to cricket fans for the 2005  cricket tour of Pakistan to Bharat, to carry out reconnaissance for terror strikes –

Interrogation of 26/11 handler Syed Zabiuddin Ansari alias Abu Jundal has revealed that one Major Abdurrehman and key 26/11 accused Sajid Mir alias Sajid Wajid had visited Bharat as cricket fans and conducted reconnaissance of important sites in Delhi and Mumbai for about a fortnight.

Sources said both had traveled on Pakistani passports bearing fake names and came to watch a match between Bharat and Pakistan at Mohali in 2005. Headley had arrived in Bharat for 26/11 reconnaissance only in 2006.

Also, Bharat had begun cricket diplomacy with Pakistan in 2005, culminating in then Pakistani president Pervez Musharraf’s visit to Delhi to watch the Indo-Pak final ODI at Firoz Shah Kotla stadium. The development reveals how elements in Pakistani establishment and LeT used cricket diplomacy to prepare for terror attacks on Bharat.

Sources said that Major Abdurrehman is a retired Pakistani army officer who later joined the LeT. He was involved in training of the outfit’s recruits. Mir was Headley’s handler, and had directed him throughout his two years of reconnaissance in Mumbai and Delhi. Mir was part of the core group that planned the 26/11 conspiracy, and is a wanted accused in the chargesheet filed by Mumbai Crime Branch in the case.

It was through this trip that Mir developed a peripheral knowledge of the contours of both Delhi and Mumbai, which helped him direct Headley during the 2006-08 reconnaissance.

Jundal has revealed that later it was Mir, who along with LeT’s operational chief Zakiur Rehman Lakhvi, developed an electronic blueprint of the Taj Mahal Hotel and plotted various rooms and halls on the map to familiarize the 10 terrorists, who attacked Mumbai, with the interiors of the hotel.

Taj’s Crystal Ballroom that saw indiscriminate firing, with several casualties, was specially marked in the blueprint. Mir had also prepared a miniature model of the hotel to give the attackers a physical feel of the place they were going to devastate.

Jundal has also revealed that while there was plan for the attackers to return to Pakistan after the strike, it was abandoned on the insistence of Lakhvi. The decision was taken after it was argued that it was near impossible for them to return as there weren’t enough safe houses in Bharat and some of them could be caught eventually.

In fact, a few days before Ajmal Kasab and his associates left for Mumbai, LeT chief Hafiz Saeed delivered a rousing speech on the importance of fighting unto death. He also gave them the quintessential LeT visions of jannat and the 72 virgins who would await them after martyrdom.”

Will we learn from history or keep repeating the same mistakes without understanding the true nature of the enemy and threat we face?