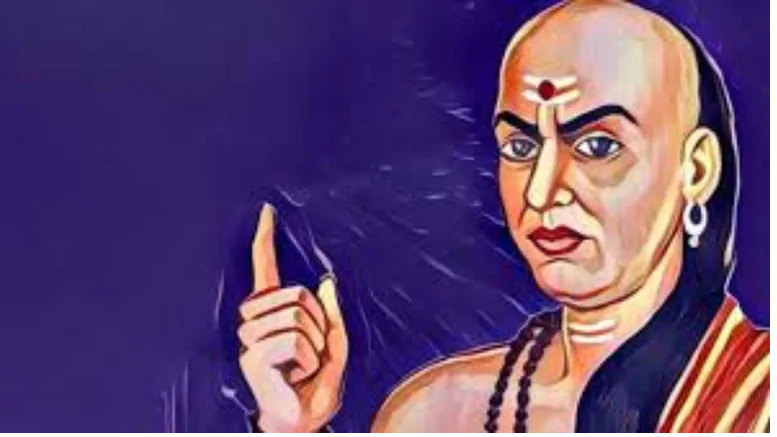 Something great happening in the past has its use mainly if it can be applied in the present for the betterment of the future. Kautilya’s Arthashashtra, the most famous of the works on statecraft produced in ancient Bharat, is a treatise comprehensively dealing with the political, economic and administrative concepts on which a King could do justice to his duties.

For a vast compendium on how to run a successful regime, produced in 300 BC, it is remarkable that the thematic points made by Chanakya retain their relevance for the world of today — many of these can be identified and examined by the strategic analysts for adoption by the modern state both for governance at home as well as the handling of foreign relations.

The world, however, was never meant to be static — it transits to a new age with the passage of time and brings up new challenges for the state by throwing open new frontiers of knowledge that had to be covered for successful decision-making. Chanakya’s first immutable principle precisely is the one that calls upon the ruler to be well informed about the situation within and outside of the empire.

The state must have its channels for the information inflow and whatever was required to safeguard the sensitive information must be done. Functioning of the Intelligence agencies of the state is a sphere that was deeply examined by Chanakya. It was said that ‘walls have ears’ and a specific advice Chanakya gave therefore was that communication of ‘secret’ information would be better done at the centre of a field of the size of today’s football stadium.

That the voice detection through censor technology can be done from remote locations now, does not detract from the importance that was laid then on the awareness of a possible covert interception of confidential communication by the enemy.

Perhaps the most important theory of governance of a state given out by Chanakya that stands the test of time is his emphasis on a complete identification of the ruler with the state in terms of his having the required political will, no vested interest of a personal kind and the ability to provide a strong governance while at the same time maintaining a perfect balance between state management and people’s welfare.

Chanakya laid the foundation for making Bharat the first welfare state when he ruled that ‘in the happiness of his subjects lies the king’s happiness’. He included even animals among the subjects — in all likelihood alluding to the cattle wealth of Bharat. With an exceptional farsightedness, Chanakya pronounced that ‘security of state lies in the security of citizens’ — he could see that an insecure citizen was vulnerable to outside influences.

Another point of focus for Chanakya that was in line with an absolutely modern concept of governance of the state, was to recognise that the ruler had not only to provide a sound administration but also work for making the state prosperous. He could see the link between economy and security — the foundation of the contemporary thesis that ‘national security was inseparable from economic security’.

Chanakya saw the obvious when he postulated that the strength of the state ultimately derived from its military power but in an astute recommendation that connected with reasons of economy of the state, he wanted this power to be a mix of a permanent segment, or the standing army and the part mobilised at short notice. For this he favoured the idea of military training being imparted to all youth keeping in view the requirement of what would come to be known as ‘conscription’ later.

It is in the area of international relations that Chanakya’s principles hold good today and even provide added strength to policy makers in the present. He called for a well-founded evaluation of friends and adversaries outside and further identification of the ‘circle of contacts’ of both. Chanakya, in his profound wisdom, makes a distinction between ‘natural friends’ and ‘potential allies’ and enunciates the concept of ‘balance of power’. This latter emerged as the prime mover of international relations in the years of Cold War and became relevant in the post-Cold War era too.

Bharat’s foreign policy under Prime Minister Modi favouring bilateral and multilateral friendships based on mutuality of economic and security interests and upholding the cause of world peace without the baggage of ‘isms’, is in complete alignment with Kautilya’s philosophy and is serving the nation well.

Arthashashtra acknowledges the use of information for influencing the psychology of the targeted population as well as the enemy — this is where Chanakya comes closest to recognising the importance of ‘Information Warfare’ and makes a specific mention also of the need to select individuals to spread official information and act as medium of propaganda designed to serve the interests of their state in a situation of conflict.

As already mentioned, Chanakya believed in the primacy of the state and supremacy of the political leadership ruling the state. He united Bharat in spite of the heterogeneity of race and region within the empire. Stability and security of the state was his prime mission. He was able to put the state above caste and class and, in fact, above religion by postulating the theory of Dharma as the guiding principle of the ruler in place of any theology-based approach. Dharma or ‘right conduct’ combined duty, social justice and responsibility.

According to Chanakya, whenever there is a conflict between the Shastras (religious law) and the written law based on Dharma, the written law shall prevail. The modern state would do well to emulate this conceptual framework of governance. Chanakya foresaw the importance of internal peace and security, recommended an egalitarian approach for the ruler pointing out that inequal treatment bred resentment and preferred the strategy of conciliation, concessions and perks to bring around belligerent groups before exercising the option of brutal power to suppress an insurgency or rebellion.

Kautilya’s Arthashashtra was produced in an era preceding the advent of the Prophetic religions — particularly Islam with its exclusive claim on one and the only God — and it is a moot point how the political philosopher would have dealt with a situation where the empire housed religions contradicting each other and dividing people on grounds of faith. He kept the state above religion, race and regional loyalties — a legacy democratic Bharat has preserved to this day.

There is no gainsaying the fact, however, that today’s challenge of preserving the integrity and security of Bharat is beset with new complexities and what is needed the most is a determined effort of the state to put down forces that indulged in terrorist violence in the name of faith and subverted the unity of the nation by running minority politics.

Today’s world is geopolitically divided amongst countries ruled by Communist dictatorship, those under the sway of Islamic extremism and the nations following a democratic polity. This makes Chanakya’s advocacy of ‘balance of power’ so much more intricate because as is the case with Bharat, the interplay of two different kinds of conflict — ‘civilisational’ between the West and the Islamic radicals and ‘ideological’ between Communism and democracy — had to be diplomatically negotiated, to serve our national interests.

There are two more epoch making changes of our times that distantly connect with Chanakya’s thoughts but need an entirely new understanding and innovative application to serve the interests of the state. One is the rise of the phenomenon of ‘proxy wars’, particularly in the post-Cold War era as a substitute to ‘open’ military attacks. Terrorism is the new modern weapon of this asymmetric warfare which gives the enemy the advantage of deniability and remote control.

In Bharatiya context, the threat of terrorism is far more serious since it is rooted in faith-based motivation. Chanakya did envisage the concept of a ‘pass’ from the state authorising the entry of foreigners but terrorism comes into play either after the terrorists are able to illegally infiltrate into the country or when the masterminds raise an indigenous module of agents to carry out the covert offensive.

Chanakya’s emphasis on internal security does provide the base on which to build counter-terror measures but the ancient statecraft might not answer all the problems and threat scenarios posed by the contemporary geopolitics.

The second is the new version of ‘information warfare’ that is linked to the arrival of cyber age following the success of IT revolution in the closing decades of the 20th century. Rudimentarily mentioned by the Arthashashtra, information warfare has been taken to an entirely new level of operation across geographical frontiers and air spaces and demanded new answers.

Today social media is an instrument of combat and ‘proxy politics’ because of its capacity to influence people. Chanakya recognised the importance of sending out information to influence targeted population as also the enemy camp but information warfare presently is a different ball game.

In a nutshell, however, it can be said that Bharat should be proud of Kautilya’s Arthashashtra as an ancient storehouse of wisdom about statecraft, morality of governance and the practical approaches to keeping the democratic state secure against external and internal threats. A lot of what it contains is applicable to the contemporary world.

On Engineers Day, a look at some exceptional engineering marvels of Hindu civilization