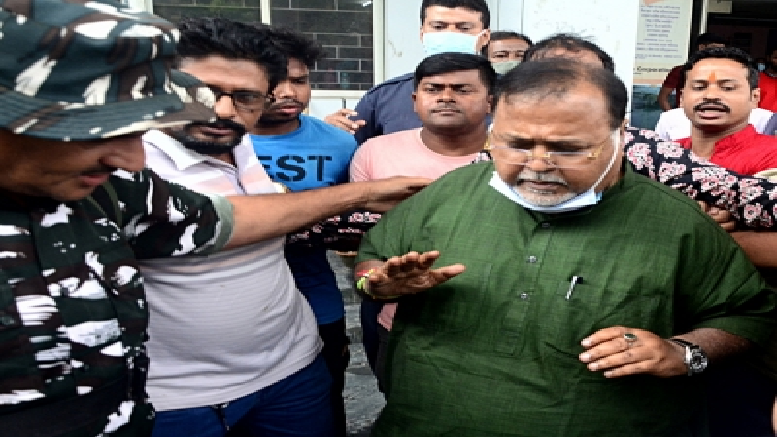 The CBI sleuths, who arrested Prasanna Roy on late Friday evening, came across a social media post of the latter where he claimed himself to representative of “International Peoples’ Alliance of the World” as well as a “Representative of Southeast Asia- on cooperation with UNESCO.” Prasanna Roy is married Partha Chatterjee’s niece.

Surprisingly, sources said, Roy in his social media profile also claimed himself to be the chief financial advisor to World Hindu Struggle Committee, a self-styled organisation claiming to be a dedicated international team fighting to raise its voice against fundamentalism, terrorism, and inhuman groups.

“We have verified his passport and international travel details which showed that he represented the organisation overseas like Dubai and Israel a number of times. Now again the question lies on whether he used these fake identities to convince undeserving candidates about his reach and position to guarantee teachers’ jobs against payments of hefty amounts,” said a CBI official.

He also said that the primer target of CBI now is to join the dots in three coinciding factors in the multi- crore WBSSC recruitment irregularities scam.

“The coinciding phenomenon in all these three factors is the timing that is between 2014 and 2018. First, this was the peak period of the WBSSC recruitment scam. Second, this was the period when Partha Chatterjee was the West Bengal education minister. Third, this was the time line when Prasanna Roy’s financial fortune took a sky-rocketing northwards graph,” the CBI official said.

Roy will be presented at a special court of CBI on Monday and sources said that during the hearing the central agency’s counsel will seek a seven-day custody for him.