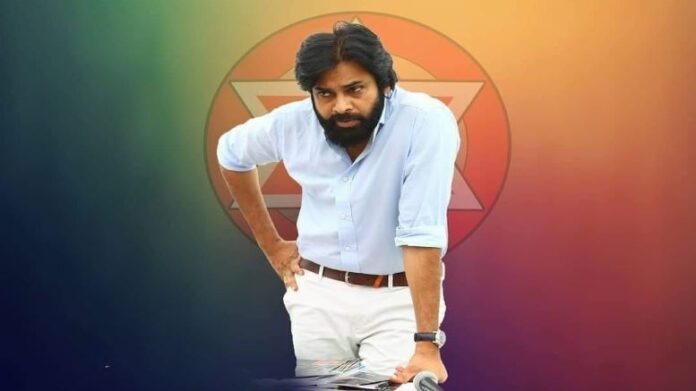 The situation in the port city of Visakhapatnam remained tense for a second day on Sunday as the police barred Jana Sena Party (JSP) leader and actor Pawan Kalyan from holding meetings or rallies.

The JSP leader, who was issued notice by the police, remained in Novotel hotel near the beach while a large number of his followers gathered outside the hotel to catch a glimpse of the star.

Pawan Kalyan waved at the crowd from the sixth floor of the hotel where he is staying.

“Hope, AP police won’t tell me not to greet from my room’s window,” tweeted Pawan, who posted a video of the view from his room.

“Our beloved AP police under the Eminent Leadership of CM Sri Thanos barred me not to hold Jana Sena programs, no rallies, no meetings. Left me with this option only… from my room window,” read another tweet by the actor.

“A thought just crossed my mind… am I allowed to go for an evening walk on RK beach to take some fresh air,” he wrote.

Tension gripped the city since Saturday evening when convoys of state minister R.K. Roja and some other leaders of ruling YSR Congress Party (YSRCP) were attacked by a mob at Visakhapatnam airport. The incident occurred when a large number of Jana Sena supporters gathered to welcome Pawan Kalyan who was landing in the city while YSRCP leaders were leaving after attending a rally organised by the ruling party in support of three state capitals.

Pawan Kalyan, who is for development of Amaravati as the only state capital, arrived in Visakhapatnam on a three-day visit for a ‘Janavani’ programme aimed at receiving grievances from people of north Andhra region.

After landing at the airport, Pawan Kalyan left for the hotel in a rally attended by hundreds of his party workers and fans. The police resorted to lathi charge to disperse the participants and allegedly forced Pawan Kalyan not to stand on his vehicle to wave at the crowd.

Since Saturday evening, Pawan Kalyan remained confined to the hotel. Large number of policemen were deployed outside the hotel to control JSP workers and the actor’s fans who had reached there.

The actor-politician was served a notice by the police on Sunday directing him not to address any meeting or rally in view of the prohibitory orders. The police also blamed him for the incident that occurred at the airport.

Pawan Kalyan, however, denied this and slammed the police for their high-handed behaviour.

The police registered another case for the damage caused to government vehicles and property.

Tata Rao, Shiva Prasad Reddy and other leaders have been arrested. S. Vijay Kumar and P.V.S.S. Raju, who were staying in Novotel hotel, were also arrested. The police also searched the sixth floor of the hotel where Pawan is staying.