Upstaging peace in Kashmir and the 5-factor excuse 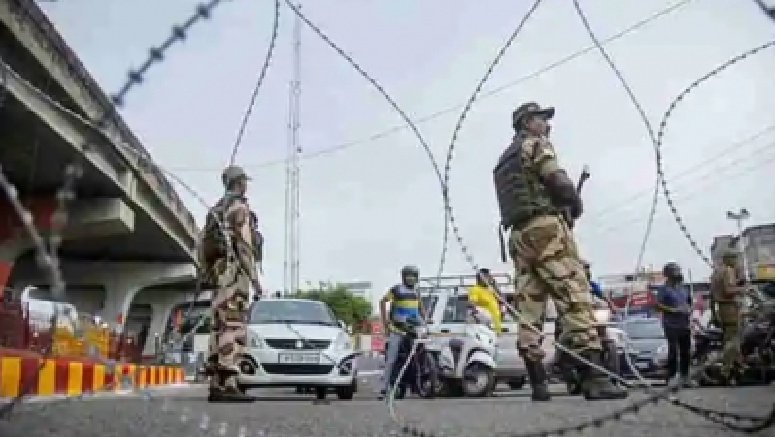 The developments of August 2019 were followed by a number of things that brought a semblance of peace in the UT of Jammu & Kashmir and especially in the Kashmir valley. The governments at the centre and in the UT took certain out of box measures in order to ensure better control on law & order situation and the security scenario.

A number of separatist elements, underground/aboveground activists and sympathisers of terrorism were put behind the bars. For some time, even the mainstream politicians who were considered to be an affront to the developing peaceful scenario in the UT were also put under house arrest or preventive custody.

While stone pelting was virtually finished, the usual strikes and bandhs were also put to a total rest. People experienced a comparatively peaceful and calm environment and also cherished the same.

In addition to this, a number of terror modules were busted by the security forces. The UT government took certain path-breaking steps to defeat terrorism and the underlying ideological foundations of separatism and terrorism in Jammu and Kashmir. We have observed a large scale cleansing of Kashmir of the terror regime working in Kashmir. Their active operatives and sleeper cells have been either neutralised or deactivated by the security forces very efficiently.

The funds supplies were cut and investigated across the country. That is why we didn’t see any kind of stone pelting incidents or protests during the CASO in the valley for the last one to two years. It was but natural that the frustration of defeat of the terror regime had to find its valve here or there. What we saw through the selective killings of minorities in Kashmir over the last two months in particular is again a disturbing development for all concerned.

There are some elements within the society in Kashmir who are trying to float a narrative that the terror and separatist enclave in Kashmir was pushed to the wall consequent upon certain decisions of the government.

On the basis of some interactions and research regarding this issue, it can be said that even some politicians and influential persons within the majority community of Kashmir are selling these ideas to justify the selective killings of minorities or attacks on temples. Though it is a horrendous logic, however, people of one or the other ilk are advancing such theories unabashedly through public debates.

They advance their theory based on the following ‘five irritating factors’ in the Kashmir valley: Abrogation of Article 370/35A and connected bifurcation of the state; conducting of Hindu religio-cultural celebrations by the Kashmiri Pandits in the temples, age old shrines, on ghats and through streets and roads in the Kashmir valley during this year; fresh recruitment of KPs under the PM’s Employment package, formation of a portal by the government for claiming land and other immovable properties by the displaced KPs in Kashmir that have been encroached upon therein by the unscrupulous elements; and a large scale neutralization campaign unleashed by the security forces against the terrorists active in the UT.

It is important to understand the intent of this brazen narrative keeping in view that the Kashmiri Pandit community was forced to live in exile for the last 32 years. In fact, it all started in February 1986 when the organised attacks were implemented meticulously on the Hindu temples, shrines and properties by the communal forces active in Kashmir. It was the beginning of the ethnic cleansing in the valley.

The forced exodus of Kashmiri Pandits was achieved by the enemies of the nation in 1989-90 through genocidal action with a clear message that the Hindu and ancient remnants of the last thousands of years of civilization of Kashmir would also be erased sooner or later with a negligible presence of the minorities in the valley.

However, the so-called irritating five factors, as enunciated above, are being seen as a reversal of the ethnic cleansing in the valley by certain elements inimical to the interests of Kashmir and the nation. Thus they advance them as the reasons for selective killings of Hindus, Sikhs and non-locals in Kashmir valley.

The demand for abrogation of Article 370 of the constitution was always high on the agenda of BJS/BJP ever since their inception. It was always considered as reflective of Muslim majoritarianism in J&K and a cause for creation of a state within a state.

In addition to this, it was indeed a villain of full integration of the state with the rest of Bharat and would work as the constitutional justification of  separatism in J&K. It worked against the women rights and the rights of refugees in the state.

Moreover, it was a temporary provision which, today or tomorrow, had to go once a decisive government at the centre would like to enforce their resolve to do so. Thus, it was done on 5-6 August 2021 through a due process of constitutional and political scheme.

Ever since the forced exodus of the Pandits, the Hindu religio-cultural activities in the valley had come to a virtual naught. Over the last two years, these activities revived slowly and steadily with profound celebrations this year all over the valley.

Even some renovation work of temples and other religious institutions was also taken ahead with the help of the government initiatives. Sri Krishna Janam-Ashtami celebrations were followed by Vitasta Divas which was observed on the ghats of Vitasta this year in the valley after three long decades. Such celebrations were observed as an oasis in the otherwise ‘desert of Sanatan traditions’ in Kashmir.

The PM’s Employment package for Kashmiri ‘migrants and non-migrant’ KPs (in 2008) provided a small window for the youth of the exiled community in regard to their survival with a stubborn condition that they would be posted in the valley of Kashmir. This condition led them virtually as a hostage in the given situation in Kashmir though it provided them the survival option.

The government of Bharat during the UPA regime propagated  this package as “relief and rehabilitation plan in Kashmir for KPs” which the Pandit community disagreed with. While resettlement of the Pandits is a political issue, the employment package is an economic subsistence issue which has only a flimsy connection with the resettlement in Kashmir. However, certain elements treated it as benefitting the community while drawing them nearer to their homeland, which caused a presumable irritation for  them in the valley.

The recent announcement of the government in regard to the formation of a portal for registering complaints by the displaced community against the encroachments of lands and buildings in Kashmir is being seen as reclaiming the lost rights and privileges in Kashmir on ancestral properties by the Pandits. It is being viewed as tantamount to getting back the licence to the road of resettlement of the community in Kashmir indirectly by some sections of the majority community in Kashmir.

The elimination of hundreds of terrorists in the UT especially in the Kashmir valley by the security forces over the last two to three years is a hard ground reality that the separatist and terrorist enclave can never reconcile with. It would always like bloodbath, death and destruction in Kashmir with selective minority killings as the soft targets. Therefore, the narrative used by certain sections of the society in the Kashmir valley in context of the selective killings is indeed a fake narrative being used to justify killings.

In addition, there hasn’t been any overwhelming denunciation and ridicule of these unfortunate happenings in Kashmir besides the ritual condemnation by a handful of political parties and groups.

Upstaging of peace by killings and advancement of an excuse of reasons as factors that led to this situation is an intent aimed at revival of 1990 situation. Though what happened through the selective killings this time is indeed in continuity of the ethnic cleansing in the valley yet presence of even negligible non-Muslim populace is considered as undesirable and unwarranted.

Fake narratives need exposure and appropriate and equal counter responses. It is quite satisfactory to note that the LG Manoj Sinha in presence of the Home Minister Amit Shah reiterated that peace won’t be purchased but established and maintained. Hope the governments live up to their resolve and promise.