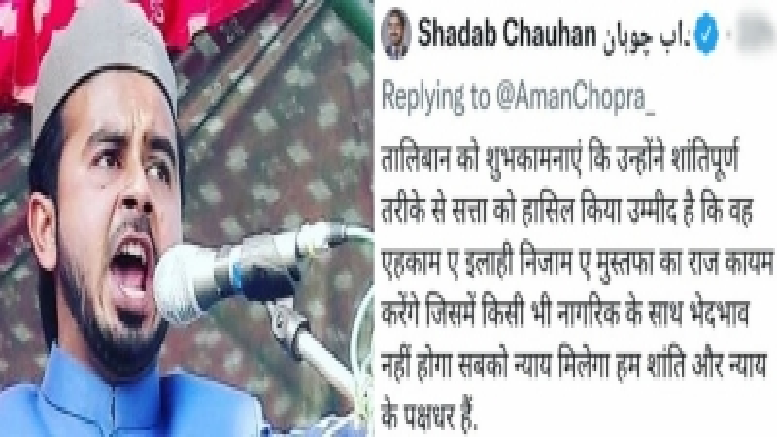 A tweet by Peace Party spokesman Shadab Chauhan, ‘congratulating’ Taliban on the ‘peaceful’ transfer of power in Afghanistan, has kicked up a storm in the virtual world.

As the controversy gathered momentum, Chauhan quietly deleted his tweet and later claimed that he had been misconstrued.

Through my tweet I appealed for peace in the neighborhood and sought support for Bharat’s progress. We want a government that does not differentiate between humans and works for humanity. I have been misunderstood,” he said.

Netizens however continued to react strongly against the tweet and even asked Chauhan to ‘go to Afghanistan’.

The BJP, meanwhile, slammed Chauhan for his tweet and party spokesman Manish Shukla said, “Chauhan’s tweet reflects the posture of his Peace Party. We strongly condemn it.”