Opposition’s uproar over Central Vista is a red herring 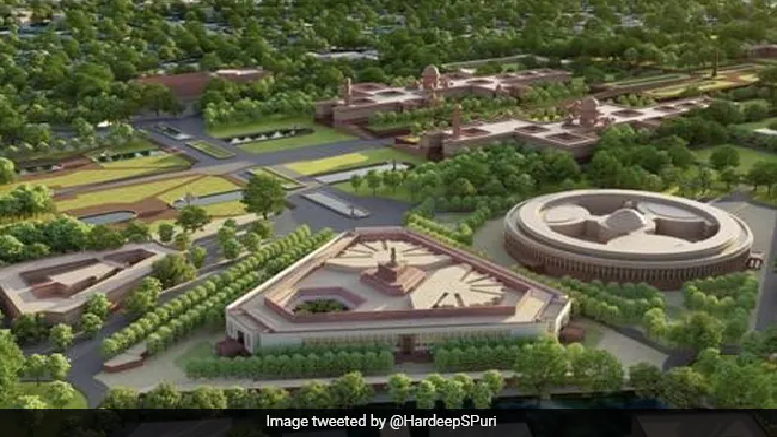 Bharat’s ‘secular’ Opposition is largely composed of a bunch of discredited, crooked politicians. The only reason their half-truths and slander manages to make the noise it does is because of support by an equally crooked media, especially the English-language ‘national’ media.

The Covid-19 pandemic has provided an opening for this Congress-led Opposition to accuse the central government of misuse of funds, while states like Maharashtra ruled by the Shiv Sena-Congress-NCP troika continues to badly mismanage the pandemic and splurge crores on things like handling CM and Deputy CM’s social media accounts, construction of luxury apartments for lawmakers, and salary for madrassa teachers, apart from vasooli (extortion) from restaurants and bars.

Almost every mega-project announced/completed by Modi and the NDA government – Bullet train, Statue of Unity, and now the Central Vista project to build a new Parliament building and central secretariat – has been the target of juvenile jibes. Of course, the Ram Mandir project, funded totally through private donations from Hindu society, has also been on the crosshairs of the anti-Hindu left-liberal-Islamist lobby, who are purposely blind to the hundreds of new churches and mosques being built across the country.

Union Minister Hardeep Singh Puri has explained why criticism of the multi-year Central Vista project is peak political hypocrisy. Now, a thread by twitter user @Bk_shah1 shows just why the Central Vista is much needed, and how the propaganda against it is exploiting people’s vulnerability during a time of crisis:

Uproar over Central Vista is eerily similar to the one in the aftermath of the unfortunate Elphinstone stampede in Mumbai, when the Bullet Train was made the target.

At time of any tragedy, certain people with the power to influence national narrative attempt to put down things they don’t like and trap emotionally and mentally drained people into binaries which are morally appealing.

All arguments presented during such times are emotional ones as any person with a contrarian view can be guilt tripped into being morally wrong.

It envisages better working conditions for thousands of employees, better co-ordination and efficiency between and within different arms of executive, and savings of crores of rental expenditure.

In the video below, Mr. Bimal Patel, renowned architect answers many whys, whats, wheres and whens.

Parliament complex today is in dilapidated condition. It lacks modern facilities and adequate seating. Apparently, it is not even earthquake proof. No of parliamentarians will rise sharply post census and delimitation.

Continuing for perpetuity in complexes relevant from 1950s-1980s is not possible. Upgradation as per changing times and requirements becomes necessary.

Vista neither takes away any funds, nor human resources meant to fight pandemic. Stopping it indefinitely now will only affect the daily wagers, so many already affected due to indefinite lockdowns.