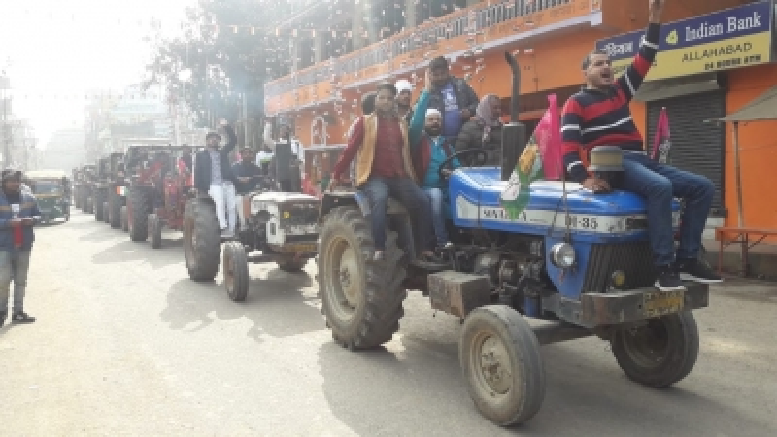 Uttar Pradesh Police has issued notices to around 220 tractor owners in various districts.

Leader of Opposition in the Uttar Pradesh assembly and senior SP leader, Ram Govind Chaudhary, has said that the move was designed to threaten the farmers and prevent them from joining the ongoing protest against farm laws.

The police, however, stated that the notices have nothing to do with the farmers’ protest against the Centre’s new agriculture laws.

“Notice have been served to 220 owners of tractors in the Sikandarpur police station area in Ballia. In the notice, it has been mentioned that the tractors were used on public roads for commercial work, and minors were driving them. As a result of this, there were road accidents. The tractors were also used in illegal mining,” said Bal Mukund Mishra, SHO, Sikandarpur police station.

Asked if the police can issue such a notice, Regional Transport Officer Rajeshwar Yadav said he was not aware of any such thing.

Ram Govind Chaudhary, meanwhile, said: “The farmers have tractors, and they are going to the protest site by tractors. Police have issued the notices to hinder the farmers movement.”