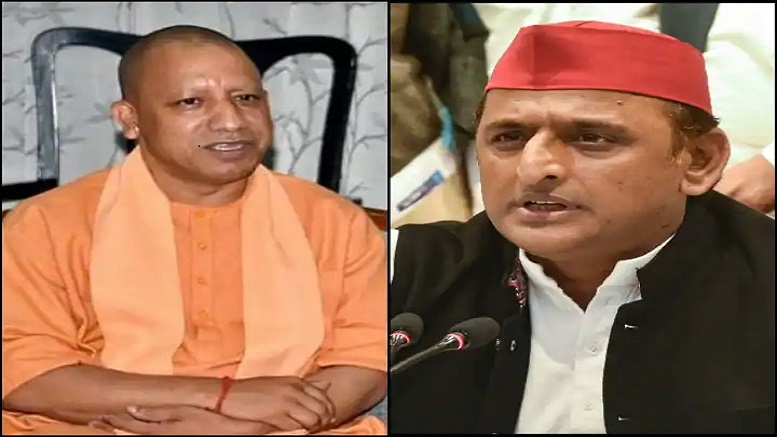 While the Yogi period in UP from 2017 can be defined by extremely good performance on several fronts including health care, infrastructure, and law and order, there is a tendency among citizens to quickly erase bad memories and take for granted improvements that a new administration brings in. Yogi Sarkar is also working on bringing in employment into UP so that people do not have to migrate out of jobs.

Voters from UP would be wise to not forget the dismal scenario under Akhilesh’s SP rule with respect to law and order, employment, and women’s safety.

The court further said that whether those arrested were terrorists or not would be decided by the court and not by the state government.

It should be noted that the accused who the Akhilesh state government wanted to let off were charged with carrying out blasts in the Sankatmochan temple, Dashwashmegh Ghat, and the Cantonment railway stations and had been slapped with stringent sections of the IPC. Lawyers of the petitioners against the move said that the state’s move “would not only send a wrong message but would also encourage terrorists.”

In fact, Akhilesh’s overtures to Muslims had begun ahead of the assembly elections of 2012 itself. In January 2012 in the run up to the elections, his party manifesto had gone all out to woo Muslims, promising separate reservations to Muslims “on par with Dalits.”

By promising quota to all the Muslims, irrespective of their caste and creed, the party indicated that it would not approve of any move to disturb the existing system of 27 per cent quota for the Other Backward Classes (OBCs) and thus negates the Congress-led UPA government’s decision of granting separate 4.5 per cent quota to minorities within the OBC quota.

And in addition to wooing Muslims, the party’s anti-Brahmin stance was also well known. In September 2012, SP MLA Abrar Ahmed is quoted to have said  to a group of Brahmins who had approached the party for helping prevent cow slaughter: “I am SP’s Muslim MLA and my work will be dedicated to Muslims. Even CM Akhilesh Yadav has advised me to not address issues of Brahmins. Brahmins are special to the Congress and the BSP.”

Worst of all was the safety of Hindu girls and women in the Akhilesh era. As a recent Hindupost article has highlighted,

The predatory targeting of Hindu girls and women continued in Western UP under Akhilesh’s rule till 2017, and stopped only after BJP’s victory that year and Yogi Adityanath became CM. Listen to what this local man had to say to a reporter recently, on how girl’s safety has improved under Yogi:

In the video, the man says that during the SP years, when our sisters and daughters used to travel to Mawana for education, Muslim boys used to grab their breast and ask “tell us, what time is it.” No one dared to take any action. If police acted, they would immediately get a call from Azam Khan (senior Samajwadi leader now in jail for corruption, forgery etc.) threatening the CO (Circle Officer) with a transfer to the boondocks. Today, under Yogi, no one dares to harass girls, whether they are Hindu, Hindu, Buddhist or Christian, the man says.

For some fake feminists from the illiberal left, Hindu festivals like Raksha Bandhan and Karwa Chauth are patriarchal but none of them have ever spoken about and outraged over such routine degradation of women in the Akhilesh Raj.

Thanks to the Akhilesh state government turning a blind eye to such women’s degradation and safety, a full-fledged riot broke out in September 2013. When two Hindu men who sought justice against brutalization of the women were lynched, the state faced a communal riot right under the watch of the Akhilesh Sarkar.

Even after 2013 riots, the dismal situation with respect to the safety of women continued over the Akhilesh government years. In fact, exactly 6 years ago in January 2016, Hindupost had reported on a spate of rape cases and rape videos in Akhilesh’s UP. In a span of about 2 weeks, 7 women had been brutalized. The gory details are as follows:

With the taking over by the Yogi government, such episodes have declined. It is clear that the Akhilesh government had emboldened criminal elements within the Muslim community by giving them a free rein to carry out violent crimes with impunity. The Yogi government has been attempting to clean up the police system afflicted by the rot that had set in under SP rule. Much more work on this front is necessary before a complete clean up happens, thanks to the type of people that were recruited over several years of SP rule. If the SP rule were to return, one can guess that all of the Yogi government’s work done so far will be undone in no time.

Then there is the tragic Kairana exodus of Hindus that took place during the Akhilesh reign. Fortunately, under Yogi Sarkar, many Hindu families that fled from Kairana have returned and are returning. Even the NHRC had documented that a Hindu exodus had taken place in the Kairana town of Shamli district between 2014 and 2016 due to women’s safety issues in the Muslim majority region but Islamist supporters and others from the anti-Hindu outrage industry pretended that no exodus had happened. One such voice was that of Iqbal Masood who was then in the Congress and has now been inducted into the SP by Akhilesh.

In the run up to the forthcoming UP election, Akhilesh has now inducted the infamous Iqbal Masood of Boti Boti fame. In a previous post, Hindupost has delineated the colourful past of Masood:

…In 2013… Narendra Modi had emerged as the PM face for BJP in the 2014 LS elections. It is around that time that Imran Masood threatened to chop Modi into pieces (boti boti kar denge), and warned that UP would never become like Gujarat (Modi was CM of Gujarat at the time). The video had gone viral in the run up to the 2014 elections and earned Masood the moniker of ‘boti-boti man’.

It is hoped that voters in the UP election will not forget the dismal situation they suffered under the SP reign. They must keep in mind that women’s safety would be compromised under a return of SP Raj and that more and more uncouth anti-Hindu elements are being inducted into the party.  Voters must put aside narrow casteist sentiments so as to vote for the return of Yogi Sarkar in the state.