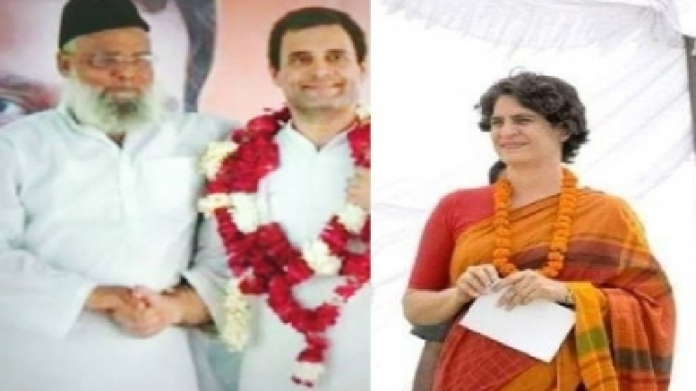 A Congress leader, known for his proximity to Rahul Gandhi and Priyanka Gandhi Vadra, has been arrested on charges of land fraud, extortion and issuing death threats to a builder in Uttar Pradesh’s Wazirganj.

The accused, Mohammed Rafiq a.k.a Allu Miyan of Gosainganj, is a native of Sultanpur district.

He was on the run for the past few months after an FIR was lodged against him.

He was arrested on Sunday after the court issued a non-bailable warrant, said police.

In a statement, the Congress, however, alleged that Allu Miyan was being framed by the police at the behest of the state government.

Additional DCP, west zone, Chiranjeev Sinha said, “Rafiq used to introduce himself as an active member of the Congress party. He used to extort money from builders and was also involved in the purchase of land which was stuck in the legal dispute.”

Vaibhav Srivastava of Kaiserbagh had lodged a case on May 8, against Mohammed Rafiq, his wife Mehrunnisa and their son Mohammed Adil Rasheed, accusing them of forgery, extortion and tampering with government documents.

Vaibhav said he worked as a builder in partnership with Mohammed Mazin Khan of Chowk.

“Vaibhav and his partner got land registered in their names and started work in Khargapur. However, Rafiq and his son showed them a fake registry of land (number 154 signed in 1990) in the name of Meharunnisa. The registry was done by Mamta Sahkari Grih Nirman Ltd, Khurram Nagar. Vaibhav came to know that Mamta Sahkari Grih Nirman Ltd had plot number 152, 155 and 156 only and the papers being shown by Rafiq and son were fake,” Sinha said.

Meanwhile, state Congress spokesman Anshu Awasthi said, “Allu Miyan is a Congress leader and is being framed by police at the behest of the state government. He has a financial and property dispute with a builder. It is a civil matter and not a criminal case,” he explained.