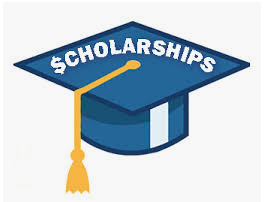 The thumping re-election of PM Modi proves the success of his development work & policies in the first term. However, among the euphoria, we must not forget the structural distortions that still plague our laws and governance framework. The minoritarianism that took deep root during UPA era has remained untouched during the first Modi term.

In this series, we will publish articles that explain how this hydra-headed monster, couched under innocuous sounding ‘secularism’, has grown to affect all aspects of our polity, especially education. This debate around what we call #Core agenda will determine the long-term future of our nation, which development alone cannot safeguard. Dismantling the perverted policy regime and bringing uniform law must be a priority in the second Modi term.

During the 2017 Uttar Pradesh assembly elections campaign, Prime Minister Modi very rightly brought up the issue of discrimination being practised by the SP Govt in UP – based on religion and caste.

The above statement indicated, for the first time, that perhaps the NDA government will address #core issues going forward. It may very well happen if BJP gets a majority in UP on the 11th of March 2017.

However, even as everyone on the ‘Right’ side of the political spectrum applauded the Prime Minister’s statement(s), it is interesting to see how the Union Government itself is faring on this very same front of ‘bhed–bhaav’ on religious and caste lines.

The situation, I am afraid, is not a pleasant one.

Let us restrict ourselves, for the purpose of this post, to just one sector — that of Education. Further, let’s focus on just 1 scheme in this post. The goal is to highlight discrepancies and not really to provide a ready-reckoner.

The Union Govt, under the Ministry of Minority affairs, provides a ‘Pre Matric Scholarship for Students Belonging to the Minority Communities‘. This scheme is exclusively targeted towards children belonging to the minority community.

There is no equivalent scheme of scholarship assistance that applies to the majority community *as a whole*. However, there is a scheme that provides a similar assistance to Scheduled Caste children. This scheme is known as the “Centrally Sponsored Scheme of Pre Matric Scholarship for Scheduled Caste Students”

For the purpose of this post, let’s assume a equivalence (intent-wise only) between these 2 schemes.

Below is an attempt to compare the two schemes on various parameters.

Key observations are as follows:

It is quite evident that minorities get *more than double*  (260%) the scholarship than what an SC student will get, for (almost the exact) same parameters.

There are schemes by the MHRD for Scheduled Tribe students as well which can be compared with the minority scheme, but I have not ventured into it in this post.

This is very much a “Kabristan vs Shamshaan” moment for the Union Government!

No doubt these schemes were started by the UPA government and the present NDA Government is only continuing them, but in the spirit of what PM Modi declared during the UP elections, a relook at such glaring discrimination in his own Government schemes would be much desired.

(This article was first published on author’s blog on March 9, 2017 and has been reproduced here in full under a different title)

Education trends in the Indian diaspora