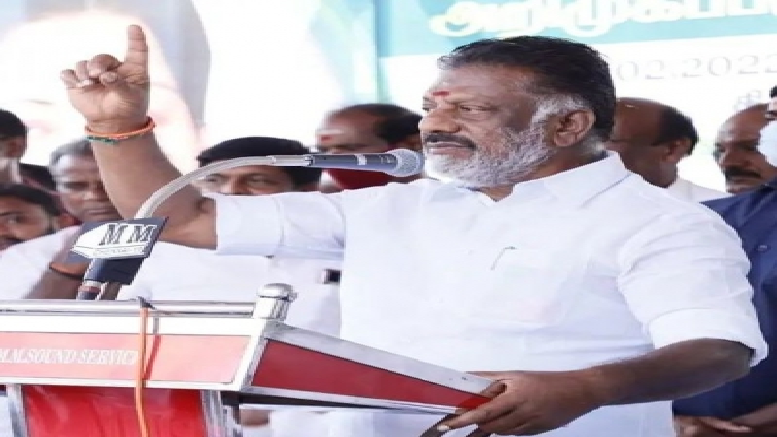 Former Chief Minister of Tamil Nadu and AIADMK Coordinator O.Panneerselvam on Tuesday demanded that the state government transfer the custodial death case of Vignesh to Central Bureau of Investigation (CBI).

He also asked Chief Minister M.K.Stalin to pay Rs.50 lakh to the family of Vignesh as compensation and a government job to a family member.

Panneerselvam said two persons, Vignesh and Suresh were taken into custody by the city police recently for allegedly carrying ganja and a knife.

The next day Vignesh, who worked for a horse owner letting the animal for joy ride on the beach, had vomited and died.

Condemning the death while in police custody Panneerselvam said as per reports, the police officials had paid a sum of Rs 1 lakh to the victim’s brother.

As per reports, Vignesh’s employer had given the amount to the police towards funeral expenses. The city police in turn gave the sum to the victim’s brother.

Panneerselvam said people are doubting that the DMK government is trying to cover up the crime.

Though the police officials involved in the incident have been suspended and the case is transferred to the Crime Branch Crime Investigation Department (CBCID), the victim’s family feels that justice will not be delivered as the probe agency falls under the state government, Panneerselvam said.