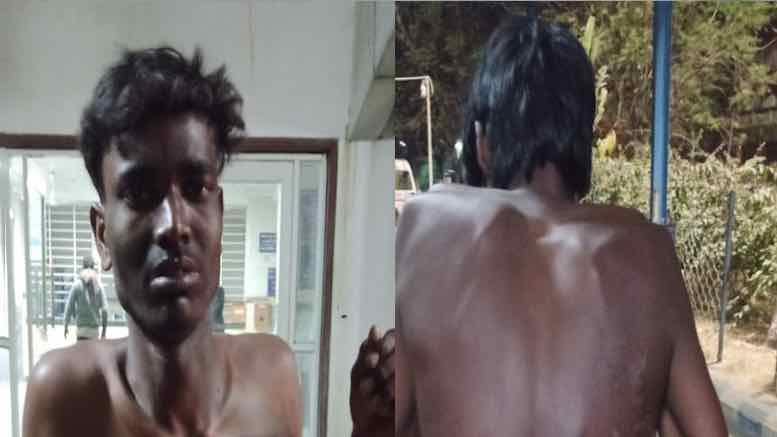 The attacks on Hindus who dare stand with BJP are increasing as West Bengal elections come nearer. In a shocking incident on Friday, TMC goons poured boiling hot water on two BJP workers in Birbhum, the opposition party’ state unit shared via its official twitter handle.

This inhuman act was carried out on them only because they were BJP workers! Is there any crime bigger than being a ‘BJP Karyakarta’ in Pishi’s Bengal?

Bengal will uproot TMC in the upcoming elections. pic.twitter.com/lDd9pfXrIz

The workers were identified as Santu Dom & Makhon Dom. Doms are a Scheduled Caste Hindu community living in large numbers in Birbhum, Bankura and other districts in western part of West Bengal. They also inhabit parts of neighbouring Bihar and Jharkhand.

The incident happened in Sainthia, Birbhum district. It is reported that apart from Santu and Makhon, 5 people in total were injured after TMC workers threw boiling water on BJP supporters.

TMC claims that they were ‘provoked’ when BJP supporters publicly removed a TMC flag in the area. Later, a clash broke out between the two sides and the local police had to be called in to control the situation.

This is the ground situation today in Bengal – even allegedly removing a political flag can be used to justify such a brutal retaliation from the ruling party which has state machinery at its disposal. But a BJP worker like Sudarshan Pramanik hoisting the national flag on Independence Day is lynched and the news sinks without a trace.  Sushil Mondal is stabbed to death for putting up BJP party flags while chanting ‘Jai Sri Ram’, and again not one top editor pens an angry op-ed against Mamata Banerjee.

The establishment intelligentsia which went berserk over the Una flogging case is no where to be seen when a Dalit is attacked for openly asserting his Hindu identity. Which tells us that the intelligentsia doesn’t really care about Dalit upliftment, but just wants to break Dalits away from Hindu society. Almost every narrative peddled in this country can be traced back to this root cause of anti-Hindu animus.