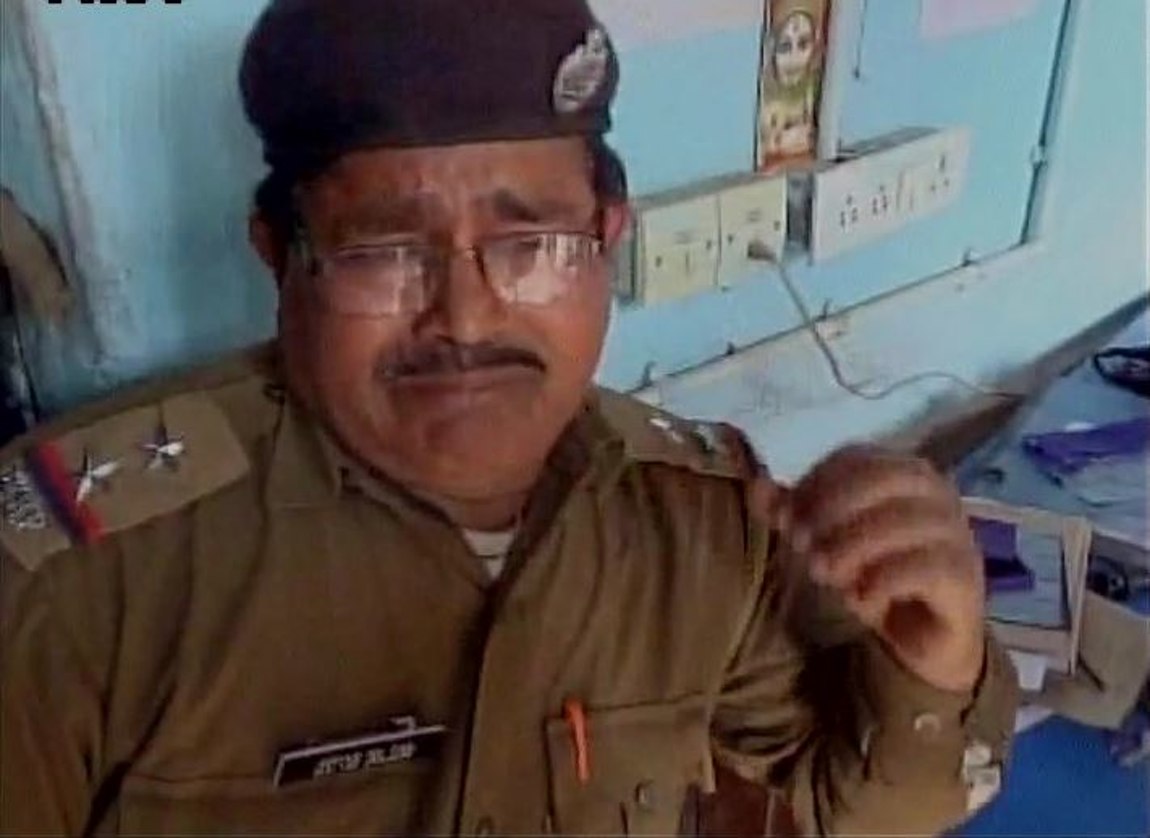 A Trinamool Congress councillor was arrested after a 2000-3000 strong mob attacked the Ausgram police station in Burdwan district on Saturday afternoon, injuring three police personnel and damaging public property. It is alleged that the attack was a fallout of three teachers of the local high school being detained a day earlier. Gushkara’s Trinamool councillor Chanchal Garai was arrested. “We have arrested 11 people in the case and Chanchal Garai is one of them,” SP Kunal Agarwal told The Sunday Express.

On Saturday, a mob of at least 500 attacked the police station. “One of my colleagues was beaten to the ground and punched in the jaw. They pelted us with stones,” said Dipak Pal, Sub-Inspector, Ausgram police station.

“They vandalised the police barracks, set a temporary camp on fire and damaged several vehicles. We are conducting raids in the area,” said Agarwal. A large police contingent, along with Rapid Action Force (RAF) personnel, were rushed to the spot. They carried out a march in the area to restore normalcy. Police have so far detained 17 people in connection with the case.

On January 25, locals protested the construction of a shop inside the premises of the high school. The police were also informed of the development. Returning after the Republic Day holiday, school teachers discovered that the construction had not been stopped. They left for the police station determined to get their assistance. It is alleged that the police did not act on the complaint and instead detained three teachers.

Soon, a mob gathered outside the police station and the situation turned violent. Police had to resort to lathicharge to disperse the crowd. Teachers and students were injured in the incident. Protesters alleged that certain police personnel had a stake in the “illegal construction” inside the school. The police later released the teachers and the protesters seemingly withdrew.

This is just another example of the complete breakdown of law & order in West Bengal. TMC goons and Islamists are now so emboldened in West Bengal that attacks on police are shockingly common.

In Jan 2016, a mob of Muslims ‘torched two police jeeps, assaulted cops and vandalised and laid siege to a police station in Birbhum’s Mayureswar, prompting officers to flee. An officer later said the police in Birbhum were under “strict instructions” from higher authorities not to use force, which is why there was no resistance. In the past two years, the police have come under attack several times in Birbhum, causing the death of one officer in 2014. District police sources said the force had lost its morale because of alleged political backing enjoyed by the attackers and resistance to action.

But such is the skewed public discourse in our country that such brazen attacks on police machinery in ‘secular’ states like West Bengal or Kerala do not elicit even a murmur from our mainstream media and assorted liberals, while even the death of deadly terrorists and criminals at the hands of police in a ‘communal’ state like MP or Gujarat is debated endlessly.