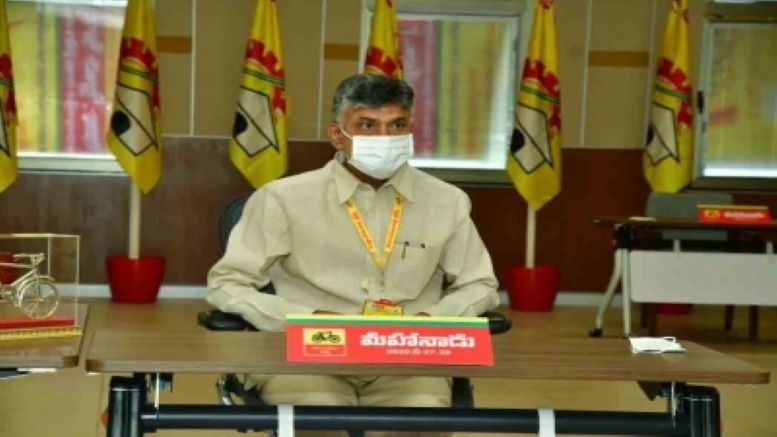 In a 22-page letter to the Chief Election Commissioner (CEC) of India, Telugu Desam Party (TDP) supremo Nara Chandrababu Naidu alleged that the recently held Tirupati Lok Sabha bypoll will go down in the history of Andhra Pradesh elections as ‘most dubious and undemocratic’.

“The by-election to Tirupati Parliamentary constituency held on April 17 would go down in the history of elections in AP as the most dubious and undemocratic election held,” wrote Naidu on Monday.

He alleged that TDP gave a series of complaints to the returning officer, chief electoral officer (CEO), election observers and the Election Commission of India (ECI) but there was no improvement at the grassroots level.

“It appears that the local election authorities were complacent or cooperated with the ruling YSRCP and followed their dictums,” he alleged.

According to the former chief minister, there was low turnout in the bypoll compared to the 2019 general elections.

He said the Parliamentary constituency witnessed a voting percentage of 79.46 per cent in 2019 while it dropped to 64.29 per cent now.

“While the number of voters in Tirupati Parliamentary constituency had increased, voter turnout dropped by 15.17 per cent. Numerous studies have shown that lack of information about details of polling stations coupled with fear of violence as reasons for lower voter turnout,” Naidu claimed.

The former chief minister alleged that thousands of outsiders, YSRCP henchmen, descended on the constituency in the intervening night of Friday and early morning of Saturday from adjacent Kurnool and Kadapa districts to rig the election.

He said all political parties, except ruling YSRCP, have demanded reelection in Tirupati Assembly segment of the Parliamentary constituency.

“It is also pertinent that the Election Commission takes media reports in general and Telugu TV channel reports in particular on Saturday and takes suo moto action with regard to impersonation and fake votes by outsiders in large numbers,” added Naidu.