Time to corner the Dragon, enough of China appeasement 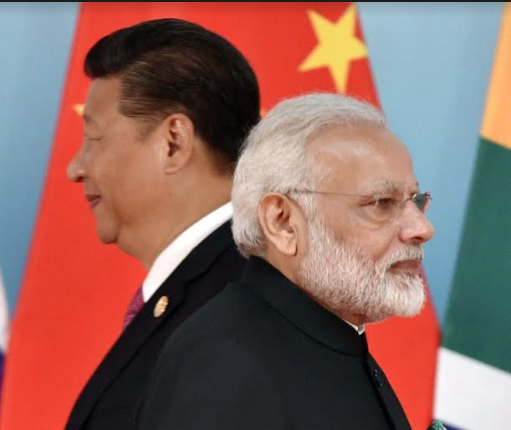 The recent close door meeting of the UN security council at the behest of China has once again put in perspective our nation’s China’s appeasement policy. For how long can we bear with an antagonistic China at the cost of our national interest?

China has been hurting Bharat at every given opportunity. The blacklisting of terrorist Masood Azhar was repeatedly blocked by China in the UN. Bharat’s entry to the NSG has been continuously vetoed by China. And now China chooses to meddle in our country’s internal affairs, backing Pakistan and opposing the abrogation of Article 370 & taking it to the UN.

Against all this hatred & venom being spewed by the dragon, what do we do in return? We hand over to China a $60 billion trade surplus on a platter so that China’s economy thrives at the expense of our domestic industry; their businesses make millions while our small scale industry chokes.

To put it in a nutshell, as we keep contributing towards China’s GDP, the dragon keeps hurting & jeopardizing our national interest apart from patronising & promoting terror in our region.

Thus while China clamours for democracy in Kashmir, it carries out ethnic cleansing in Tibet which it is illegal occupying. It subjugates pro-democracy voices in Hong Kong and muzzles the Uighur Muslims, suppressing & killing them in detention.

China continues to be in illegal occupation of our Aksai Chin apart from a part of POK which has been illegally handed to it by Pakistan, and also lays claims to parts of Arunachal Pradesh & Ladakh.

As far as the government’s China policy is concerned, there has been enough soft-peddling & appeasement. Modi’s first tenure started with an invite to Chinese President Xi Jinping and a red-carpet welcome on the banks of Sabarmati.

This was reciprocated by China with an incursion into Bharat’s territory while its President was still being hosted by Modi & it took a personal intervention by our PM to salvage the situation.

So what is stopping Bharat from paying back China in the same coin? Surely South Block should rethink & reorient its China policy to make it more proactive than reactive. Bharat needs to address the huge trade deficit with China & should not hesitate in imposing tariffs on Chinese goods just like America.

Simultaneously it needs to spur up our domestic manufacturing sector by providing it with incentives to make it more competitive globally & domestically.

China should be exposed & shamed internationally for its forcible occupation of Tibet & the mass killings & suppression of Tibetans in their own homeland. In fact, Bharat should allow large scale protests led by his Holiness The Dalia Lama for the liberation of Tibet from Chinese rule, so that the international community where China rants its hypocrisy takes note. Similarly, we should speak against the suppression of Uighur Muslims and the crackdown on pro-freedom voices in Hong Kong.

China needs a dose of its own medicine & Bharat should not shy away from giving it as otherwise it would be guilty of meek subjugation to the tantrums of a hegemonistic nation led by a dictator.

Bharat under Modi is quite capable of taming the dragon. To start with, Bharat should put on hold the proposed visit of Chinese President in October until China retracts from its Kashmir stance.