The politics behind Maratha reservation 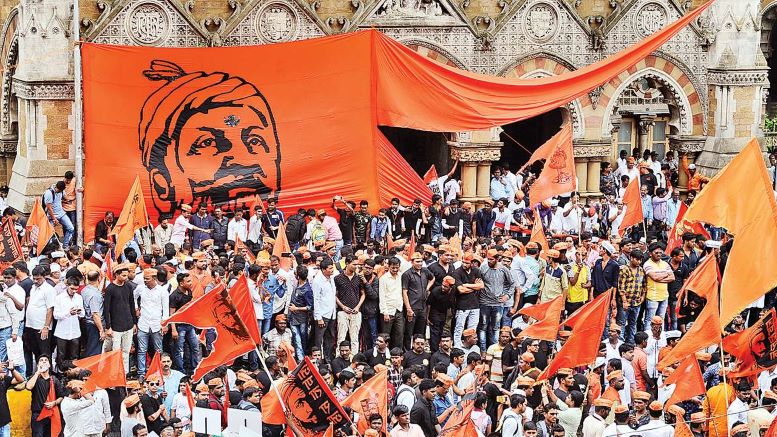 Reservation is a raging topic with various groups scrambling for reserved status and quotas in various sectors including jobs and education among others. Maratha reservation in jobs and education has been stayed by the country’s apex court leading to a war of words between the ruling Maha Vikas Aghadi (MVA) government and principal opposition party led by Devendra Fadnavis.

The Maratha Reservation Bill aimed to provide 12 percent reservations to Marathas in education and 13 percent quota in state government jobs. With Maharashtra already having 52% reservations for various denominations put together, the Maratha quota would take the total reservation in Maharashtra to around 64-65%. This in turn would violate the 50% limit set by the Supreme Court in 1992.

Despite this, however, the Bombay High Court upheld the reservation in 2019 after reducing it from the proposed 16 to 12-13% percent citing this to be an exceptional circumstance and extraordinary situation. The apex court, where the high court decision was challenged, has referred the matter to a constitution bench while putting the law on hold. While the Maratha community led by Maratha Kranti Morcha (MKM) threatened to renew their stir, prominent Maratha leaders of the MVA government have remain tight-lipped about the entire issue.

Kunbis, who were later clubbed with Marathas, are among the several OBC (Other Backward Classes) groups who are opposed to reservation for Marathas as they fear that reserved seats and posts would be cornered by the politically and economically affluent Marathas.

It must be mentioned here that the Maratha Mahasangh formed in the wake of the Mandal commission aftermath had even asked for an economic criterion rather than caste-based reservations. Despite the fact that a majority of the 18 chief ministers of Maharashtra have been from the Maratha community the Maratha Reservation Bill was passed by non-Maratha BJP CM Devendra Fadnavis in November 2018.

While historically Marathas have been opposed to caste-based reservation, the seeds for caste-based reservations were sown under the NCP-Congress regime in the run-up to the 2014 elections with the sole aim of drumming up electoral support. That this was a purely political ploy with electoral fortunes is clear from the fact that several commissions set-up by the state as well as central government rejected the demand.

This includes Kalelkar Commission (1955), the Mandal Commission (1980) and the Central Backward Classes Commission (2004). Even the July 2008 report of the Bapat Commission had turned down the demand of Maratha reservation opining that acceding to such a demand would be against social justice. Inspite of such objections by the various committees, the NCP-Congress which majorly comprises of the Maratha elite went ahead and formed another committee under then Congress leader Narayan Rane to ‘examine’ the matter following which it granted a 16% reservation to Marathas.

A 2016 Swarajya Mag report on this issue says:

“Ignoring the repeated dismissal of this demand by various committees, the Maratha-elite-dominated Congress-Nationalist Congress Party (NCP) government, with an eye on its electoral fortunes, went ahead and appointed yet another committee, led this time by Narayana Rame, to examine this matter.

In a desperate attempt, in the run up to the 2014 elections, the Congress-NCP government (after vacillating for 15 years in power) granted the community 16 percent reservation in education and jobs (and along with it, also introduced 5 percent quota for Muslims). However, the Bombay High Court on Friday (23 September) quashed the decision to give 16 percent reservation to the Marathas. The bench headed by Chief Justice Mohit Shah at the Supreme Court had already laid down the law that reservation cannot exceed 50 percent of the total seats.”

Unlike the NCP-Congress which kept the Maratha reservation pot boiling to extract electoral gains, Fadnavis government attempted to solve the Maratha issue while keeping reservations for other OBC castes intact. However, with the apex court stay in September last year, the issue has yet again hit a roadblock with the MVA government’s stance on the issue only adding to the confusion.

LoP Devendra Fadnavis had slammed the MVA government and said:

…Between two hearings there is such a vast difference in the government’s stand. A committee has been set up but one does not know who has been called for a hearing and what are its recommendations. There seems to be a lot of differences of opinion within the government and a kind of doubt is being created around the whole issue.”

While the issue continues to rage, Maharashtra Minister Ashok Chavan has conveniently pushed the responsibility to the Central government stating that the central government’s role will be very important on the issue of Maratha reservation. It remains to be seen how the issue plays out when the apex court’s constitution bench takes up the matter for hearing.

In essence, the Maratha parties and Maratha leaders have done nothing but exploited Maratha sentiments for votes and kept the issue simmering which has not just turned violent from time to time but also led to bad blood between various communities.