The Framing of Colonel Shrikant Purohit by Maharashtra ATS 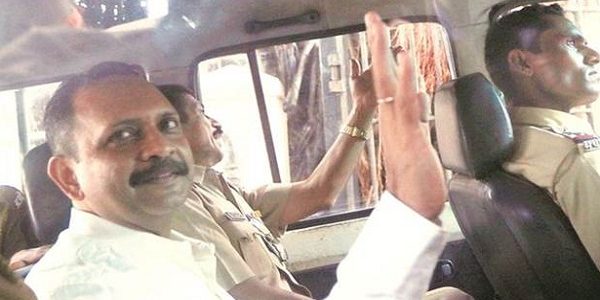 A book that, understandably, did not get much attention from our mainstream English language press is ‘The Myth of Hindu Terror: Insider Account of Ministry of Home Affairs’ by Shri RVS Mani. The book is available at all major online booksellers.

RVS Mani is the former undersecretary, Ministry of Home Affairs.  He was an insider during the time-frame 2006-2010, when the Congress led UPA government hatched and executed their plan to spread the false bogeyman of “Hindu or Saffron Terror.” RVS Mani actually happened to be in the direct line of various investigation paths that went through the ministry. He was present at meetings where these plans were alluded to.

He has written his book with one goal: to attest to the innocence and framing of an honest, and brilliant army officer: Colonel Shrikant Purohit.  In his book, he gives convincing evidence that Col Purohit was already doomed since he was a brilliant officer on the trail of multiple Islamist terror modules, and perhaps had information that could embarrass the ruling party.  That, along with the Hindu terror program that the Congress was conducting, meant he had to be framed. And how.

Perhaps the most convincing evidence RVS Mani gives, even if we were not to believe his first-person accounts, is simply the timeline.  I will give details next, but simply put, the ATS arrested Col Purohit within a month of being handed the case, when in fact, it takes them around 6 months to go through the various processes of collecting evidence, passing this through the ministry, and obtaining arrest warrants.  The entire process simply cannot take such a short time.

However, the ATS was assigned the Malegaon case on 4 October, and on 7 November, they already arrested Col. Purohit.

You can hear Shri RVS Mani’s speech (in Hindi) at the Marathi language launch of his book. She said that the reason he translated his book into Marathi is that the Congress had decided to make Maharashtra the “lab for their Hindu terror narrative.” One reason Col Purohit was framed was that he too is from that State.

Shri Mani gave many other reasons why Col. Purohit could not possibly be guilty of any wrongdoing.

The biggest charge that is levelled against Col. Purohit is that he “stole” RDX for various Hindu terror operations which is not a small amount either: no less than 60 Kgs. I have heard various military experts saying that given how unstable RDX is, he could not possibly have stolen it, hidden it in his living room, transported it here and there as is alleged.

And then came a revelation from an ATS insider Mehboob Mujawar: the ATS itself had planted the RDX to frame Col. Purohit. Notice that Shri Mujawar is himself a Muslim, not some “Sanghi.” Why would he stick his neck out to protect a person who is a “Hindu terrorist” who has killed many Muslims (as per sick Congress narrative)? 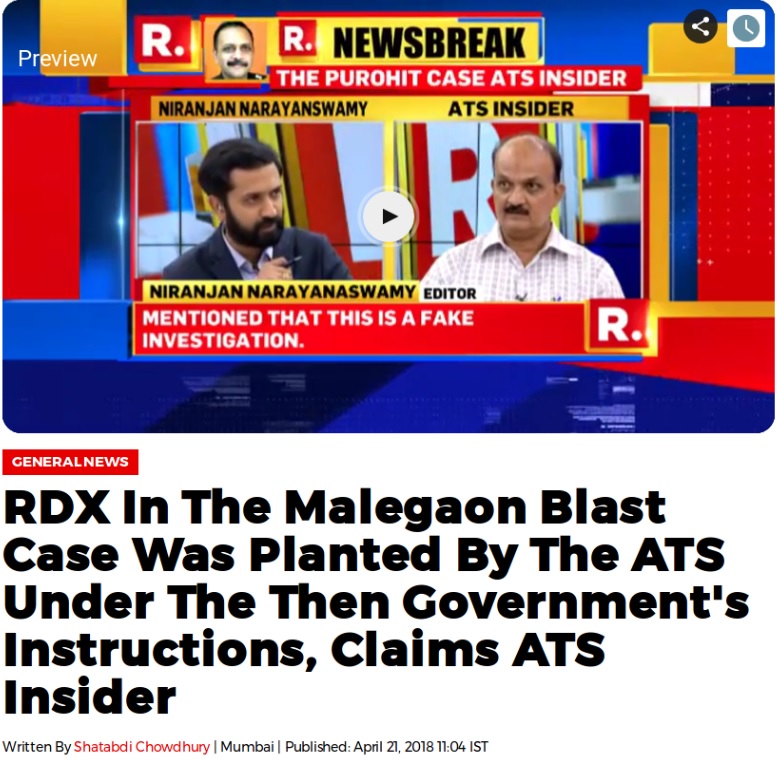 Elsewhere in his book, Shri Mani also mentions a meeting headed by Sushilkumar Shinde, Digvijay Singh, and Hemant Karkare (ATS chief) where they found all the “disagreeable” evidences coming in of Muslim terrorist activity. They asked: why do these reports always point to one community? Given the electoral politics of the ruling party, it was thought that if there could be instances of the other community (Hindus) doing similar things, it would be a good development.

Col. Shrikant Purohit, an honest, brilliant, dedicated person to his army job, became the first victim of this conspiracy.  To this day, he has not been compensated for the 9 years of his life lost to false charges and custody, to his loss of prestige, to the destruction of a promising career.

I appeal to the Modi government, if it returns to power, to correct this tremendous wrong done to a true patriot. Otherwise people will be afraid to be patriots in our country.