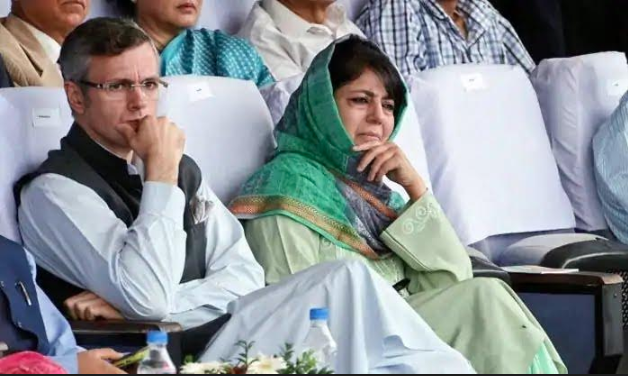 The dynastic politics that existed in the former state of J&K wreaked havoc on the common Kashmiri while enriching the coffers of the dynasts.

The Muftis & the Abdullahs ruled the state alternatively along with the Congress, encashing on the generous dole outs from the Centre while the ordinary Kashmiri had trouble making both ends meet. The seat distribution was such that people of Jammu & Ladakh never got their say & the Chief Minister was inevitably from Kashmir. The reorganization of J&K and the subsequent delimitation will address & rectify this aberration.

Corruption, nepotism, & self-aggrandisement was the order of the day for almost six decades. The only people who prospered & flourished under these dynasts were the pro-Pakistani separatists & the Hurriyat. The manifold increase in the assets of Hurriyat leaders without any profession says the whole story.

As the Home Minister elaborated in the Rajya Sabha, Rs. 2,77,000 crores of aid was sent to the state of J&K in the last 15 years since 2004, but there was very little change in the lives of the ordinary Kashmiri. This was over & above the special package given by PM Modi.

Where did all the money go? It was swindled by the dynasts leaving the common Kashmiri in the lurch. Ladakh & Jammu were given step-motherly treatment & all funds were diverted to Kashmir, only to be swindled & misused by the powers that be.

While the dynasts filled their coffers, they also ensured that the separatists & the Hurriyat who are stooges of Pakistan kept their shops running & fomenting anti-Bharat activities.

Yasin Malik & others like him who massacred Kashmiri Hindus became millionaires under the patronage of the Abdullahs & Muftis.

In fact, Article 370 was misused by Omar Abdullah, the then CM of J&K, when he arrested Arun Jaitely & Sushma Swaraj for hoisting the tricolour at Lal Chowk. Life has come full circle for these leaders who just had their own welfare in mind all these decades. Sheikh Abdullah, the grand father of Omar Abdullah, illegally detained Shyama Prasad Mukherjee – the founder of Jan Sangh, an MP & a former Union Minister. He was incarcerated for 44 days, where he died under mysterious circumstances.

When the Kashmiri Hindus were being massacred in 1990 & their homes were being looted, the then Chief Minister Farooq Abdullah was holidaying abroad & the then Home Minister of the country Mufti Mohammad Syed maintained a deafening silence. Lakhs of Kashmiri Hindus were forced to flee their homes but these dynasts did not bat an eyelid. Till date, not a single conviction has taken place for the genocide of Hindus 30 years ago; and to think that these very leaders claim to be fighting for the rights of the Kashmiris.

They have hoodwinked the common Kashmiri all these decades, and instead of providing them with jobs they have given them stones to throw at our armed forces.

In the last 5 decades of what is now the Union Territory of J&K the only people who have thrived because of the special status bestowed by Article 370 are the 3 generations of Abdullahs, the two generations of Muftis, the Congress & the pro-Pakistani separatists.

Thus, because of its special status while extra money was being sent to the state of Jammu & Kashmir all these decades at the expense of the ordinary Bharatiya, that money was embezzled by those in power & never reached the common people. As the Home Minister revealed in Parliament that while approximately Rs. 8000/- was being spent on an average Bharatiya citizen, for J&K this amount was approximately Rs. 27,000/-.

These politicians who were hand in glove with the bureaucrats were running a nexus and were engaged in fraudulence of public money while indulging in anti-Bharat rhetoric all these years. Thus, while the Bharatiya economy drained, their personal wealth multiplied. The special status has been misused by those at the helm in the valley for far too long & has only widened the gap between the haves & the have-nots.

This temporary, transient & interim status should have been revoked by the oldest national party long back, and when their chief whip in the Upper House defied them & quit the party, the rudderless Congress hit a new low in Parliament.