The BJP’s OBC gambit may hurt in the long run 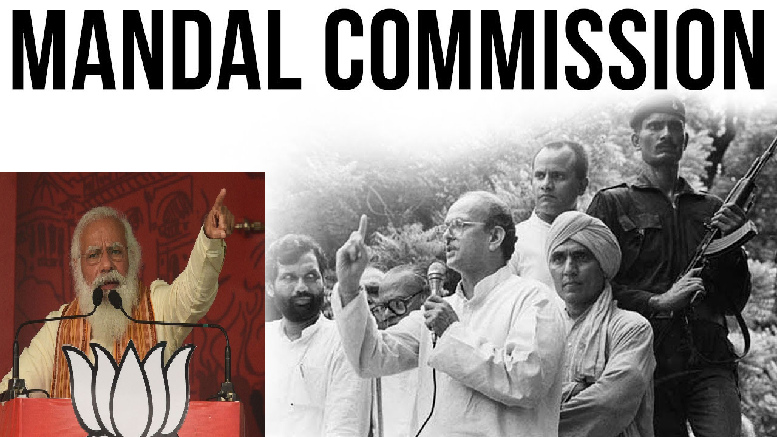 The BJP has never been a casteist party on paper, but it has over the years become adept at pushing the jaativad card in the name of social engineering.

Even the most naïve observer will admit that electoral considerations alone compelled the government to pilot the passage of the 127th Constitution Amendment Bill, 2021, in Parliament to give back states their power to identify which communities constitute its Socially and Educationally Backward Castes (SEBCs).

With assembly polls due in Uttar Pradesh early next year (and later in six other states), the amended Act will automatically empower the Yogi Adityanath regime to extend 17 select OBCs the same benefits as SCs. This, without referring the matter to the National Commission for Backward Classes (NCBC) created by the 102nd Constitutional Amendment Act, 2018.

Dumping the state list would have meant dashing the hopes of 670 OBC communities who comprise a fifth of the whole, and nearly 50 per cent of the electorate. Their failure to access reservations in educational institutions and jobs would have cast a long shadow on the poll fortunes of the BJP.

Articles 15(4) and 16(4) empower states to identify and declare the list of backward communities. Separate lists are drawn up by the Centre and states. Article 16(4) specifically says: “Nothing in this article shall prevent the State from making any provision for the reservation of appointments or posts in favour of any backward class of citizens which, in the opinion of the State, is not adequately represented in the services under the state.”

The May 5 order of the Supreme Court scrapping a separate quota for the Maratha community in Maharashtra lobbed a spanner in the works. It was observed, and rightly, that only the central government could notify SEBCs, not the states. And that the power to certify which communities be included in the state OBC list was exclusively vested in the President. But even he in consultation with the governor was bound by the recommendations of the NCBC.

Any person with an iota of legal sense would have interpreted Articles 338B and the two clauses of Article 342A added by the 2018 amendment in much the same way. To call it a “mistake” or a misinterpretation is untenable. And even if it is, the blame lies with the shoddy drafting abilities of those who wrote the law, not their lordships.

The 127th Amendment Act may outwardly be in consonance with the federal spirit of the Constitution. More’s the chance, however, that it may further exacerbate societal divisions. Its long-term consequences may cause more damage than the Mandal Commission’s report whose implementation first set the cat among the pigeons by proposing a 27 per cent reservation in jobs for OBCs.

The populist and ill-conceived report gathered dust for 10 years before being implemented in 1990 by one of the most divisive prime ministers, V P Singh. The decision, ironically, dealt a double whammy to his own political fortunes. The Raja of Manda lost the confidence of the middle class without emerging an OBC messiah, the single hope on which he had risked the move following his break with the Congress.

The widespread student protests and the series of attempted self-immolations left a bitter trail. The cleavage caused by Mandal cast a permanent shadow on Bharat’s social discourse. The latest initiative could widen the rupture.

TOI’s lead edit dated August 12 cited facts and figures to establish the farce of quotas as a job provider for backwards. There are few to be had for love and money. Seventy-nine ministries, the editorial noted, collectively employed three million people. By 2020, the number had shrunk to 1.8 million, resulting in a sharp decline in the absolute number of jobs held by each caste category.

Demands in the past have been raised to extend the miasma of reservations to the private sector. Mercifully, it had no takers, and was treated with the contempt it deserved. Statistics confirm that the situation is much the same as in the public sector.

There was an accretion of 72 million in the country’s youth population between 2004-2018. Joblessness in their ranks rose by 25 million in the same period. The large numbers who chucked farming in the hope of finding a better life in towns and cities were left cooling their heels. For most it was a case of jumping from the frying pan into the fire.

Much as it may focus on nationalism, Hindutva, and development, the BJP knows it cannot risk ignoring the elephant in the room. Identity politics is a permanent socio-political blight which cannot be dispensed with regardless of how much it is vilified for the corrosive role it has played in keeping Hindus divided.

The BJP’s support base among OBCs has been steadily growing. It got 34 per cent of their vote in the 2014 Lok Sabha poll, up 13 per cent since 2009; and a further fillip in 2019 when it leapt to 44 per cent. In key states like UP, it polled a whopping 50-70 per cent of the OBC vote without which it could never have crossed the 300-mark. The old slur of the BJP being an upper caste-bania formation cannot be flung anymore.

Investing in the OBC vote bank has in the last seven years doubtlessly paid the ruling party huge dividends. This has largely been possible given the absence of a mass leader among casteist parties like the JDU and SP.

Which is why Narendra Modi loses no opportunity to remind audiences at election rallies of his origins from the poorest of the poor backward castes. That he is still not seen as an OBC overlord is another matter. Thank god for small mercies is all that one can say.

To press home its image of being a provider for backwards, the government this July provided a 27 per cent reservation for OBCs in the national quota for undergraduate and postgraduates in medical and dental courses with effect from the current academic year, 2021-22. The annual pre-matriculation coaching scholarships for students of backward categories was also increased.

The most potent recognition of OBC power was seen during the recent cabinet expansion: backward representation was jacked up to 27, the highest ever.

All this may seem hunky-dory, and the outlook rosy. But things don’t always unravel as planned. The result of this year’s Bengal poll upset the best calculations. The NDA’s shock defeat in the 2004 Lok Sabha poll left the party reeling. Not even the Cassandras had predicted it.

The first warning sign of potential trouble is that the amended OBC Act has whetted the appetite of casteist parties like the JDU, RLD, and the SP for a caste census. It is the BJP’s rotten luck that the first to ask for it is its own ally, Nitish Kumar, the Bihar CM, a Kurmi.

Betrayal is part and parcel of politics. Nitish, ever as slippery as an eel, however, has it implanted in the very marrow of his bones. Political compulsions make for strange bedfellows. Otherwise, the BJP ought never to have broken bread with a man whose loyalties lie solely with his own selfish interests.

Now that the JDU is no longer the single largest party in Bihar’s ruling coalition, and his own career on the descent, he sees the caste census as a revivifying agent.

The last caste census was conducted in 1931. The British repeated the process a decade later with the sole intention of driving a wedge in the movement for Independence. The disruption caused by the second world war prevented it from publicizing its findings.

The clamor for a caste census resumed after 1947 but was shot down by Bharat’s greatest home minister, Sardar Vallabhbhai Patel. He was conscious of its disastrous implications on national unity. Today’s leaders don’t much care for such sentiments so long as their political ends are realized. Calls for a caste census are usually made around the time of a population census, the sixteenth exercise being due this year.

Here again it is the BJP which nearly burnt its fingers. Rajnath Singh, then HM, unilaterally promised a OBC count eight months before the 2019 LS poll but was later forced to eat his words.

Most tend to forget that the iniquities stemming from endemic caste divisions are rooted in the distortion of the ancient varna system during the periods of Islamic and British colonization. It suited the British. They used it to sustain their suzerainty.

Post-independence, caste divisions were used as a tool by the minority appeasing Congress and its Leftist allies to ensure their electoral supremacy. The strategy worked right till 1998. No party has since risked chucking the political rewards which quotas bring to the table. But the BJP would be well advised not to overplay its cards on this count. The hand that feeds can also bite.