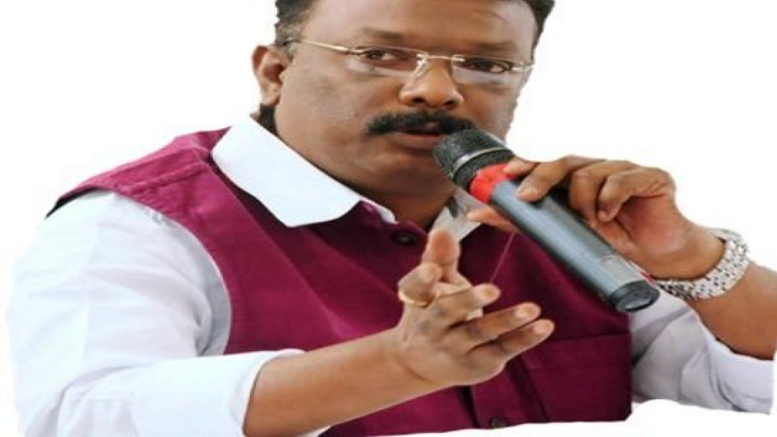 Opposition parties in Telangana on Thursday strongly condemned arrest of a journalist, calling it an attempt to crush freedom of press.

G. Raghu Ramakrishna, who works for Tolivelugu, a Telugu portal, and some other media outlets, was initially reported to have been kidnapped from his house near Malkajgiri in Hyderabad but police issued a statement later that he was arrested in connection with an old case.

Mattampally police station house officer informed the family of the 34-year-old journalist that they arrested him in connection with a case, in which he is accused number 19. The case was booked under sections 146, 147, and 148 (Rioting), 332 and 333 (Voluntarily causing hurt to deter public servant from his duty) read with 149 (unlawful assembly) of the Indian Penal Code, besides relevant sections of the Criminal Law Amendment Act, 1932.

Mattampally police in Suryapet district will be producing Raghu before a magistrate.

As the journalist is known as a critic of the ruling Telangana Rashtra Samithi (TRS), the opposition parties came down heavily on the government initially for the reported kidnap and later the arrest.

Congress national spokesperson Dr Shravan Dasoju said in a statement that the TRS government is solely responsible for Raghu’s safety and demanded that immediate steps be taken to prevent any untoward development.

“Raghu, who has been fighting against the TRS government’s fault lines and spreading awareness around public issues continuously, should be saved,” he said

He urged Press Academy Chairman Allam Narayana to pressure the government to save Raghu from kidnappers and consider this incident as an attack on media and its freedom of expression.

NSUI President Venkat Balmoor condemned kidnapping of Raghu and called it an attack on media.

BJP leader N. Ramchander Rao denounced the arrest of the journalist who exposed and actively covered land grabbing cases. “TRS known for crushing the freedom of press resorted to one such horrendous act which required serious judicial intervention,” tweeted Rao, a lawyer.

“Have we truly become a Banana Republic? A journalist who is trying to expose land grabbing and corruption is kidnapped in broad daylight. Is this the Telangana achieved after many sacrifices,” asked former MP Konda Vishweshwar Reddy.