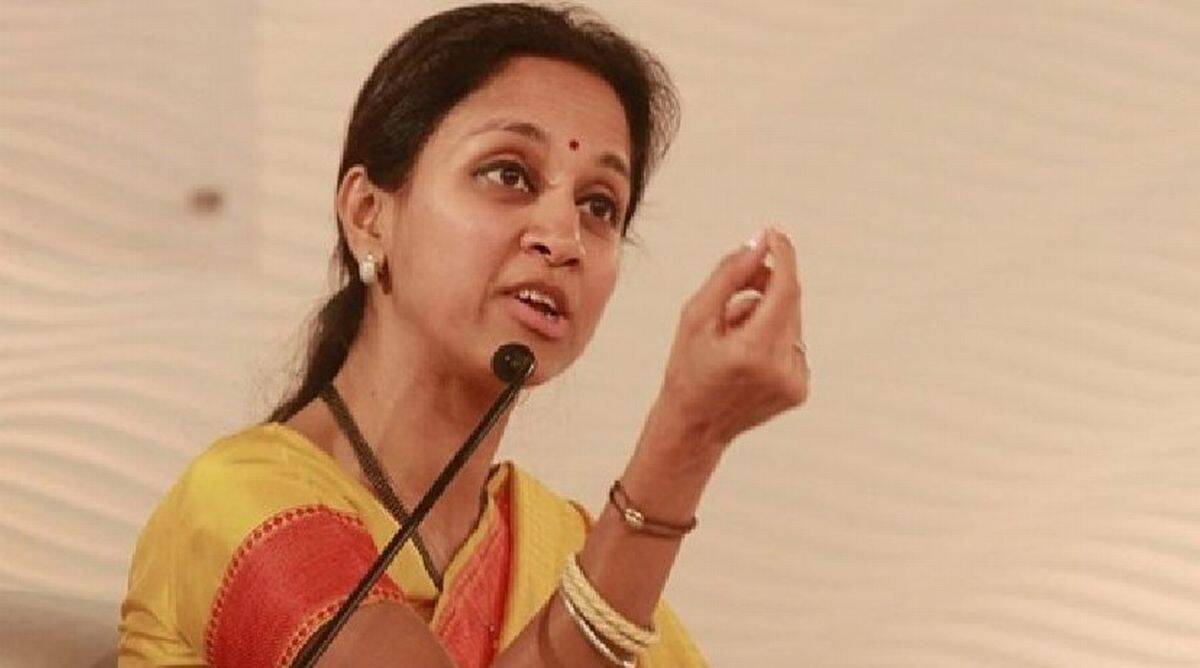 NCP MP Supriya Sule has said that she learnt caste politics in Delhi and not Maharashtra indirectly opining that it is Northern Bharat where politics of caste takes place. She was speaking in the television series Drishti and Kon organized by Marathi media outlet Loksatta to take a look at the future of Maharashtra politics. She expressed the aforementioned views while answering a question on political parties and caste.

Real deal isn't that she said it with a straight face, real deal is Marathi media represented by slave @girishkuber consistently gives them free pass pic.twitter.com/vznuAu1MKo

“This has never been the case in the state where I grew up. In fact, I learned the politics of caste not in Maharashtra but in Delhi. MPs (Members of Parliament) used to ask me are you Thakur, Gujjar. I also asked Sharad Pawar about this. He said, you should concentrate on the work for which you have been elected and look at the issues of the state” said Supriya Sule.

“I didn’t take it seriously then. But these things are deeply rooted in the minds of many people in society. I used to think that all these things can be removed through education,” she added. She also clarified that there is nothing wrong with having a caste identity.

“We are all literate but are we educated? There is a big difference between literacy and education. If there had been good quality education, will there be domestic violence in the state? This should be discussed openly. After that, changes will be seen in the society” opined Sule.

“There is nothing wrong with having caste identity which is just having a different identity. But one needs to worry if such caste identity turns into exploitation by some political elements. Growing bitterness is dangerous for the progress of any state and country” said Sule added.

It is quite hilarious that Sule would make such a claim when caste politics is as much a reality in Maharashtra as in any part of Bharat. The Maratha reservation struggle is a direct result of such caste politics.