Stern warning to anti-CAA states a must 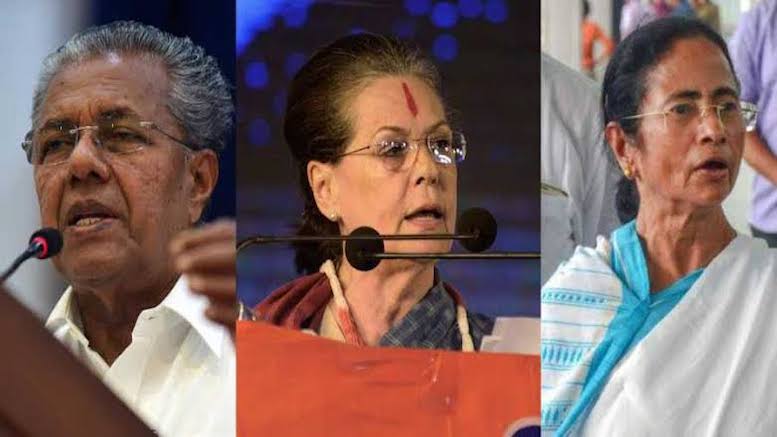 It is unfortunate that the provocative decision of the ruling Marxists in Kerala to pass a resolution in the assembly against the Citizenship Amendment Act (CAA) and the “rejection” of the law by the cabinet in Congress run Rajasthan has not invited a strong enough riposte from the Centre.

Union law minister Ravi Shankar Prasad’s limited response that the Kerala assembly’s move was “illegal and unconstitutional” was much too light and tantamount to stating the obvious given the endemic violence let loose by the Opposition and their urban Naxal/jihadi backers like the Popular Front of India (PFI) in many parts of the country. This cannot but have sent a signal that the seemingly widespread protests had put the government on the defensive. Such an impression once allowed to gain ground is bound to encourage non-BJP ruled states, especially Bengal where the protests have hitherto been confined to the street, to also table their legislative dissent.

The PFI’s role behind the riots in Uttar Pradesh has already been exposed, with a national ban on the cards. The chief ministers of Madhya Pradesh and Punjab have openly given a thumbs down to the CAA. Ditto Odisha, and Andhra which has a Christian CM committed to advancing the cause of the Church through conversions. The anti-Hindu DMK in Tamil Nadu has, on its part, demanded that the ruling AIADMK follow in Kerala’s footsteps. In fact, even the Janata Dal (United), an NDA ally, has been blowing hot and cold on the subject despite voting for the Bill in the Lok Sabha. Which, of course, is fully in consonance with Bihar CM Nitish Kumar’s proclivity to run with the hare and hunt with the hounds.

A number of these states have already suspended the ongoing field work on the National Population Register (NPR) whose database will necessarily form the basis of the NRC. The NPR was first prepared in 2010 to produce a database of every resident in the country, non-citizens included. The database was updated in 2015, and another update was approved by the Union cabinet on 24 December 2019.

Clearly the gathering clouds of a federal face-off in the coming weeks calls for a tougher response. The consequences can be spelt out in stages. Stalling Central allocations is obviously the most effective way to put recalcitrant states in place. Money talks. And even more the lack of money. But such a recourse may not be necessary. A clutch of 60 petitions challenging the constitutionality of the CAA will be heard by the Supreme Court on January 22. Much of the hot air being blown by protesting states will automatically evaporate once the legal position is clarified.

Quite obviously, a key reason behind the “under-reaction” is the government’s confidence that since the Constitutional position on the issue is amply clear, losing sleep is pointless regardless of the muscle flexing by the states.  Article 365 of the Constitution makes it mandatory for states to follow and implement the directives of the Centre, failing which they risk invoking the extraordinary powers of the President under Article 356. Hence, an assertive put-down at this stage would only add fuel to fire in an already polarized environment. Taking up the gauntlet can safely be postponed to a time when the states need to be actually brought in line.

Soft peddling, however, run its own risks. Since the anti-CAA stir is in good measure fanned by the liberal media and their well networked counterparts in America and Britain, a Kerala-like move by other Opposition ruled states would harden attitudes and help them dig their heels deeper. Which in turn would reinforce global opinion that the overwhelming majority is against the Modi regime on the issue when the ground reality is markedly different.

Reports penned by journalists, both Bhartiya and foreign, in liberal media pillars like the New York Times, Washington Post, and Guardian have conveniently glossed over the fact that behind the antagonism are extremist elements within the Muslim populace goaded by minority appeasing parties like the Congress, Aam Aadmi Party, Rashtriya Janata Dal, Samajwadi Party, and Trinamool Congress. Acting in concert is the entire phalanx of the Left-Liberal eco-system spread across college campuses and human rights bodies.

CAA backers argue that never ever has any previous government taken a flurry of decisions on ticklish, long pending issues. And that too within seven months of being voted to power a second time. Decisions on Article 370, Ayodhya, Triple Talaq, and illegal immigration were hanging fire for as long as one can remember. Which is why even the slightest slackening in political will, much less backtracking, could prove counter-productive in the long run, politically and otherwise.

Even if a course correction has to made, it has to be done in the mode of implementation, not by compromising with the original objective of the CAA-NRC, howsoever difficult and complex. Legitimate objections can be thrashed out through courtly intervention. Strategically, it is good that the government has pushed the envelope this early in its tenure. There is enough time and space for politics on the issue to play out in the coming months.

Illegal immigration and its demographic consequences are issues which cannot be left unattended any more. Enough is enough.