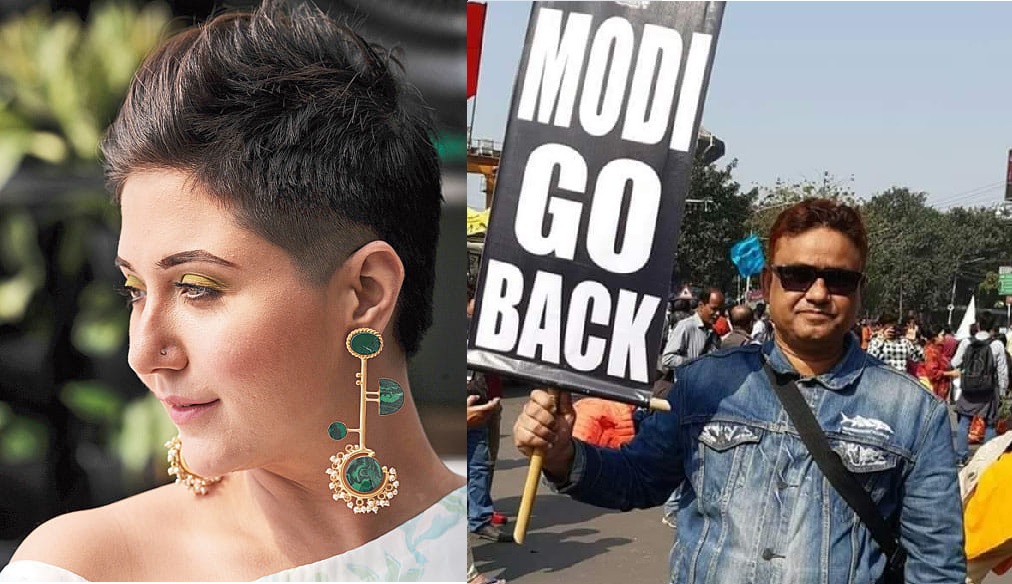 Days ahead of Swami Vivekananda’s 157th birth anniversary, some actors, film-makers and others associated with the Bengali film industry released a video to evoke the Bengali conscience against CAA. What was even more deplorable was the exploiting of Bengali emotions associated with Swami Vivekananda to summon people to join their left-Islamist protest at Jadavpur University, a counterpart of JNU in the east. What is paradoxical about this entire campaign is the kind of faces from Bengali cinema imposing an assumed morality on Bengali cine-goers. It doesn’t sit well when we see actress Swastika Mukherjee moral policing us. The 40-year-old actress, also seen in a brief role in Bollywood’s Detective Byomkesh Bakshy!, was caught shop-lifting jewelry from a Singapore shop in 2014.

Mukherjee had gone to Singapore as a delegate of the Bengali Film Festival, when she tried to shoplift a gold earring by stealthily hiding it in her vanity bag. But as karma would have it, her petty act of theft was caught on CCTV. The jewelry piece she had stolen was valued at an estimated price of $250, which would have been around 15000 INR at the time.

The jewelry store owner, confirming the incident, said, “Our CCTV cameras has caught her (Swastika Mukherjee) lifting the piece of jewelry and then putting it in her handbag. She hasn’t paid for it. We have already appealed to her to pay for the item as it costs $250. We are waiting for a response from her side. We don’t want to make a hue and cry about it. We just want her to return our jewelry back to us if she doesn’t wish to buy it.”

A known actor and director in the Bengali film industry, Arindam Sil, also an organizer of the film festival, had confirmed the incident and said that he was in receipt of a written complaint from the owner of the store.

When enquired, the actress claimed that she had purchased the jewelry but failed to produce its receipt. We wonder if she had started practicing her “Kagoj ami dekhabo na” activism from that Singapore store itself – ‘Kagoj ami dekhabo na’ in Bengali means ‘I won’t show the papers’, a slogan that the anti-CAA-NRC gang has started chanting of late to express their unwillingness to produce any citizenship-related documentation.

Later, the actress claimed that the earring might have dropped into her bag “accidentally”. Thankfully for her, the shop owners did not lodge a formal police complaint else she was looking at a jail term of upto 10 years.

Someone who, at the age of 34, was caught stealing in a foreign country should be the last person to lecture on integrity to citizens. However, given the dubious nature of these artificially-evoked protests across the country, we must not be surprised that the anti-CAA movement is being spearheaded by alleged petty thieves.

The ugliness of the anti-CAA movement in Bengal doesn’t stop with involvement of such dubious personalities; with most Hindu Bengalis supporting CAA and welcoming PM Modi’s arrival in their capital city, the left-TMC were joined by Bangladeshis to show black flags to the democratically-elected PM of our sovereign republic.

On January 12th images of a Bangladeshi journalist, Noor Alam Sk visiting Kolkata on a medical visa, holding a black banner against PM Modi went viral. Days before this, Bangladeshi freelance writer Afsara Mim, who is studying at Vishwa Bharati, was demonstrating against the CAA. 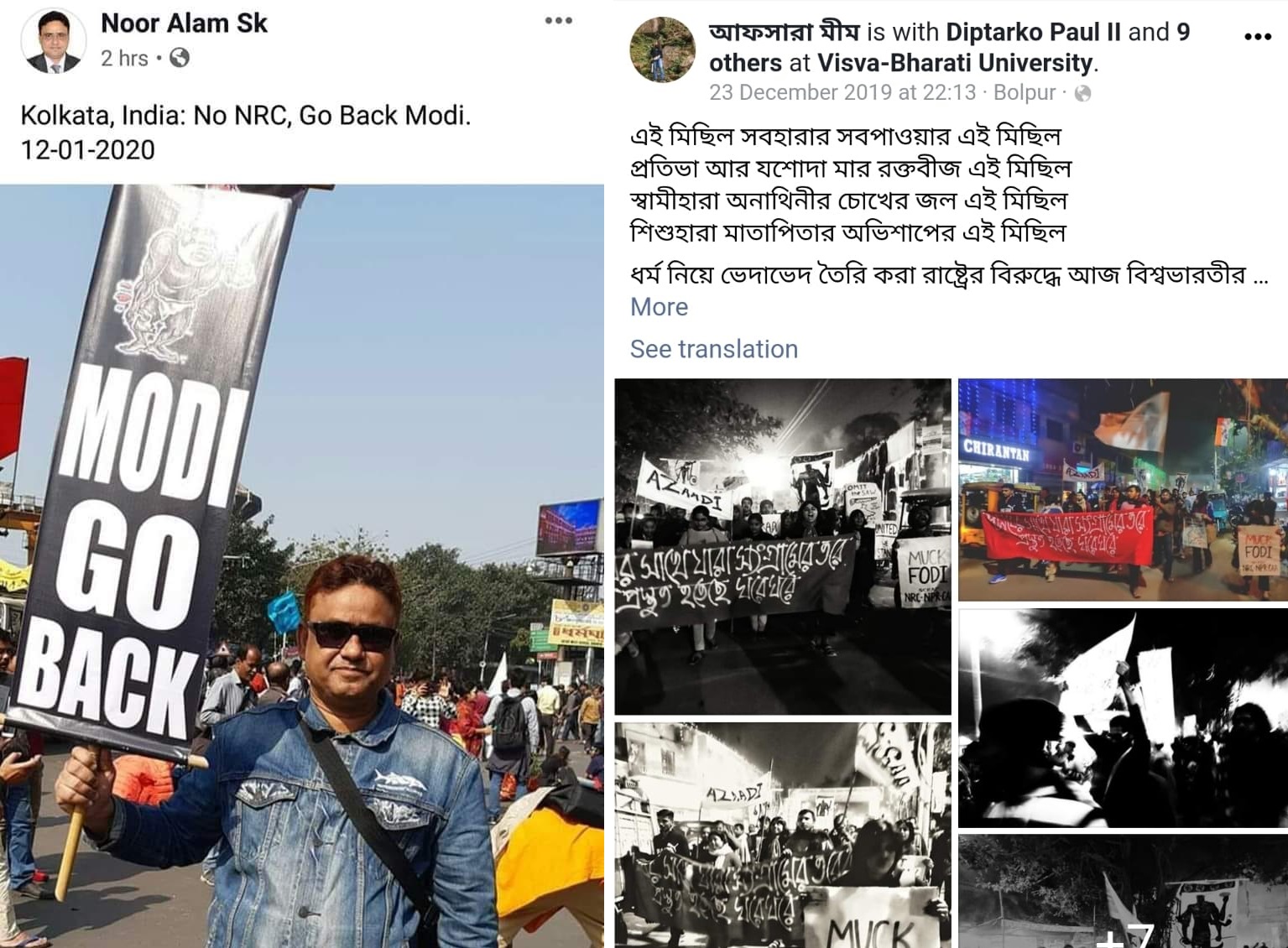 With degenerates and foreign nationals taking over the Bengali narrative against CAA, it has become a necessity that the home ministry took some strong steps against these elements at the earliest.