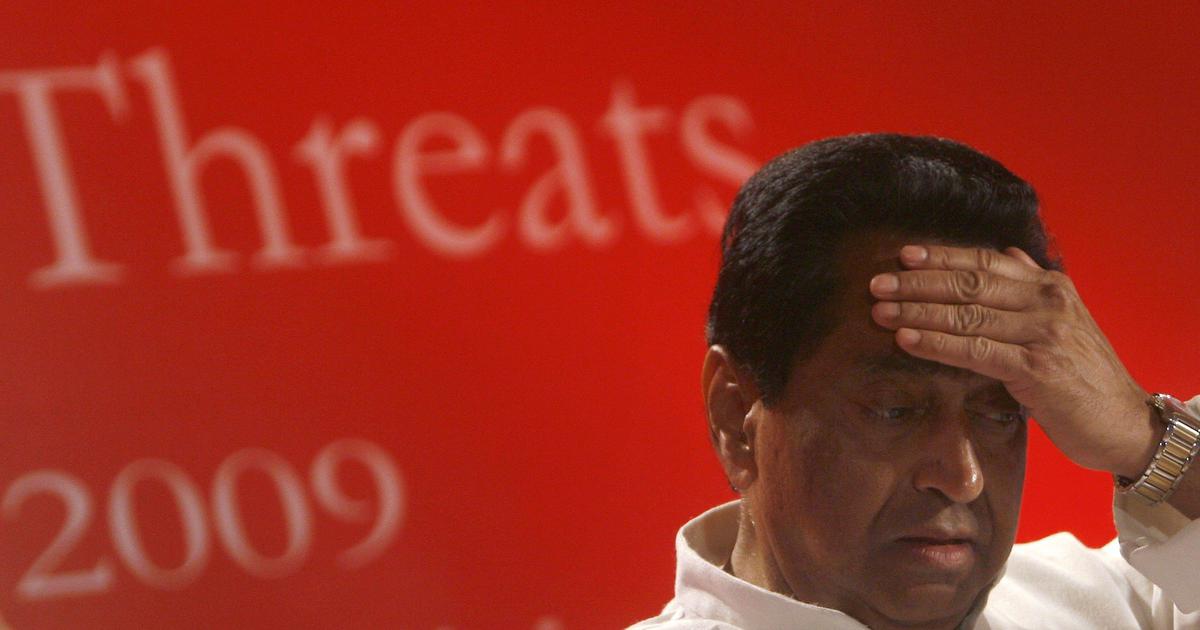 The Madhya Pradesh elections are proving to be an eye-opener in more ways than one. Coming close on the heels of the controversy generated by the Congress manifesto talking about banning RSS shakhas, a leaked video has now emerged which shows controversial senior Congress leader and potential CM candidate Kamal Nath resorting to communal rhetoric to demonize BJP/RSS and woo the Muslim votebank in a closed-door meeting.

In the above video, while addressing a delegation of Muslim clerics and others, Kamal Nath can be seen saying –

“What are RSS workers doing today? I am from Chhindwara, which is close to RSS headquarters in Nagpur..so I know. They have only one slogan – ‘if you want to vote for Hindus, vote for the Hindu sher (tiger), Modi. If you want to vote for Muslims, vote for Congress.’ They say only these two lines, nothing else. This is their strategy. You all will have to stay alert. They will try to confuse you…..but don’t worry, we will deal with these people later. You will have to bear all this till the day of polling.”

While MP CM Shivraj Singh Chouhan and the entire BJP/RSS hierarchy have only talked about development, growth, and security during the ongoing MP election campaign, Congress has been busy with a communal narrative. On the one hand, it has tried to play the soft-Hindutva card through well-publicized temple visits & promises to build gaushalas in each district, while on the other it has resorted to the usual scare-mongering among Muslims to emerge as the community’s ‘protector’.

But the veiled threat of ‘hum nipat lenge inse baad me’ is giving rise to a fears of a Kerala-style crackdown on Hindus in a state that has remained largely free of the kind of political violence that states like Kerala and West Bengal have witnessed.

Some analysts are also interpreting Nath’s appeal to the Muslim community to ‘bear all this till polling day’ as a hint that the election-time Hinduness adopted by Congress is just a facade, and that once in power it will be business as usual.

In the past, Kamal Nath has faced allegations of involvement in the anti-Sikh violence of 1984. Retired bureaucrat RVS Mani has claimed that Kamal Nath (then a Union Minister) said ‘people are willing to drink Rahul Gandhi’s urine’ while asking him to concoct Hindu terror.