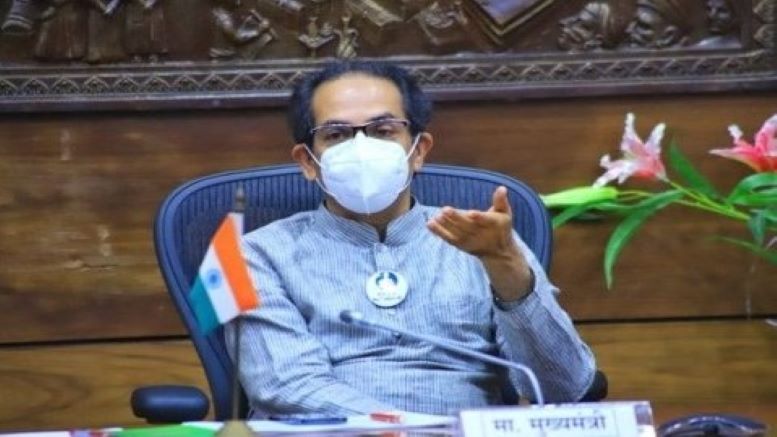 Maharashtra, under Uddhav Thackeray and MVA (Maha Vikas Aghadi), is not only suffering from misgovernance but is also witnessing rising instances of hooliganism. That the state has descended into anarchy makes no difference to the cabal who has been praising Thackeray to the skies ever since he joined hands with so-called parties secular NCP and Congress.

Sena goons had assaulted a Navy veteran for simply forwarding a message on WhatsApp, then MVA minister Jitendra Awhad had Thane resident Anant Karmuse abducted and beaten black and blue for an alleged offensive Facebook post, BJP leader Satish Katekar was assaulted publicly by Sena goons in Pandharpur for criticizing Uddhav Thackeray earlier this year. These are just some of the instances of hooliganism Maharashtra has witnessed ever since MVA  gained a back-door entry to form the government in the state.

While on the one hand, citizens and opponents are being assaulted and harassed, on the other, misgovernance has become a regular feature with reports emerging of wastage of foodgrains meant for pandemic relief for the poor, government indulging in extortion, and ex-home minister of Maharashtra on the run among others. However, Shiv Sena that leads the Maharashtra state government is more focused on assaulting BJP leaders rather than ensuring that people of the state, particularly Konkan which has been devasted by floods, are taken care of.

Two BJP leaders, one of whom is a union minister, have been assaulted by Shiv Sena hooligans. Within the span of a week, Kirit Somaiya was attacked allegedly by Sena goons, and Union Minister Narayan Rane was arrested in a highhanded manner by the Ratnagiri police.

On Friday 20 August, Somaiya’s car was attacked in Maharashtra’s Washim district near the Balaji Particle Board Factory belonging to Sena MP Bhavna Gawli. Miscreants hurled stones and black ink on the BJP leader’s car. Somaiya was in the vehicle when the attack took place around 12.30 in the afternoon.

MLA Rajendra Patani, Tejrao Thorat, and CISF jawans were also present in the vehicle at the time of the attack. Somaiya alleged that the attack was preplanned and the Shiv Sena workers who knew that his convoy would pass by that way were present that beforehand to launch an attack on his vehicle. Interestingly, Somaiya had accused Gawli of being involved in a 100 crores scam using the Balaji Particle Board Factory for the same. Somaiya was visiting Washim to investigate the scam when the attack took place.

Taking to Twitter, the ex-MP wrote “Shiv Sena Gundas yesterday in Washim hit/threw 7/8 big stones and 6/7 chemical balloons on ME (on the CAR). Its “MARK” can be seen on the car”. He also informed that a complaint has been registered under relevant sections of the IPC by the Washim police.

Union Minister Narayan Rane was detained for simply pointing out the ignorance of Chief Minister Uddhav Thackeray. During the independence day event, the Maharashtra CM was seen fumbling as he didn’t know the number of years since Bharat has gained independence. Rane pointed this out during his Jan Aashirwad Yatra in the Raigad district.

Rane remarked “It is shameful that the chief minister does not know the year of independence. He leaned back to enquire about the count of years of independence during his speech. Had I been there, I would have given him a tight slap”. Triggered by this multiple FIRs were registered against him and the Thackeray-led MVA government ordered his arrest.

Unable to digest criticism, Sena workers resorted to hooliganism yet again. Sena goons pelted stones at the BJP party office in Nashik. In yet another shameful incident, highlighting the sheer stupidity and arrogance of power, Sena workers thrashed a BJP corporator from Ulhasnagar and blackened his face. It beats logic as to what connection does a BJP corporator from Mumbai’s suburbs have with a Union Minister’s comment in Nashik.

While the Thackeray-led MVA government has banned upcoming Hindu festivals so as to “save lives amidst the pandemic”, a huge mob of Shiv Sena workers gathered outside Rane’s Juhu home amidst the pandemic to protest against the minister.

What was appalling was the highhanded manner in which a union minister was treated. Netizens expressed their disgust at the way Rane was arrested midway during his lunch. BJP leader Prasad Lad stated that the police had manhandled the minister.

If any proof was needed of the arrogance of power then one needn’t look farther than the role of Maharashtra Transport Minister Anil Parab in getting Rane arrested. A video captured by TV9 during a press conference shows Parab giving instructions to get Rane arrested. Parab is not only the guardian minister of Ratnagiri but also a close aide of Uddhav Thackeray.

“What are doing? Why are you not arresting him? Why are you not taking him in custody? You will have to do it. Which order they are asking for? There is no need for any such order as the high court and session court have turned down their plea for bail. Use police force and arrest him,” Parab is purportedly heard telling someone over the phone as he receives a call in the middle of a press conference in Ratnagiri. The conversation was caught on the camera of a Marathi channel. It is unclear to whom he was giving the purported instructions.