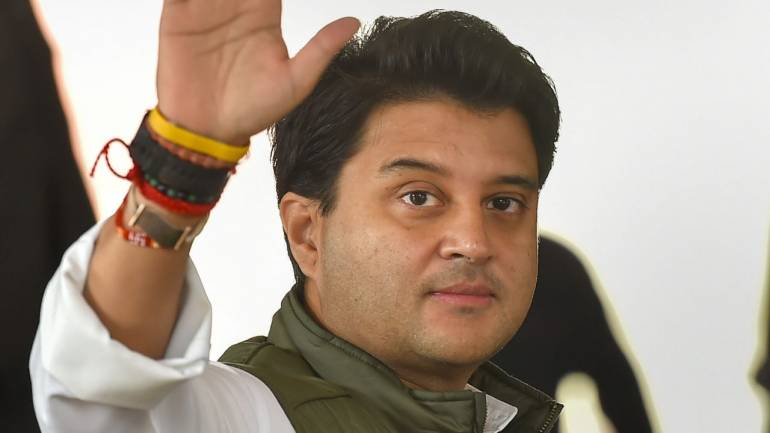 What transpired in the politics of Madhya Pradesh on the night of March 9-10 is akin to the denouement in one of the several memorable short stories of Somerset Maugham with an unexpected twist in the tail.

It was well-known that the volatile 15-month Kamal Nath regime was tottering due to the disaffection of seven MLAs playing hooky. But the rug was pulled from under the feet of a foxed chief minister and his wily strategist, Digvijaya Singh, by an entirely different lot. In reality the distant noises of discontent emanating from the scion of the House of Scindia, Jyotiraditya (better known by his shorter cognomen Jyotir) ought to have been heard and heeded more than a year ago. They were willfully ignored instead.

Nobody thought the 48-year-old chum of Rahul Gandhi would actually cross the Rubicon and walk away with as many as 22 of the 114 Congress legislators in a House with an effective strength of 228. The decision was a desperate last-minute lunge which in one stroke reduced the ruling regime to a minority, giving the BJP enough leg room to take over the reins of government.

Nothing less than miracle can now save the Kamal Nath government from falling when the Budget session commences on March 16. In fact, it is possible that even more MLAs could join their 22 brethren in pulling down the regime. Seventeen of the 22 who have sent in their resignations to the Speaker owe their allegiance to Jyotir. They include six cabinet ministers who can out-Herod Herod in the extravagance of their devotion to the maharaja.

Numerically, the Congress is down to 92 in a House of 206. Even if the seven originally aggrieved MLAs comprising four Independents, one SP, and two BSP are added, the ruling regime’s numbers will max out at 99. The BJP’s strength remains rock solid at 107. All that even the most partisan Speaker can do in such circumstances is postpone a trial of strength by a few days, but the BJP should be back in saddle by the end of March barring fresh elections.

INC boss Sonia Gandhi could have saved the situation by conceding Jyotir’s demand that he be made MPCC president. But neither Kamal Nath nor Digvijaya Singh had the heart to accommodate him. Such was the mistrust. In reality, blame for the mess rests with Diggy raja alone. The political rivalry between the Raja of Raghogarh and the Scindias has a long history. As the CM’s eyes and ears, managing the party’s internal bickering was left to him. It is he who counselled Kamal Nath to remain the titular head of the PCC despite his responsibilities as CM. Jyotir just had to be kept out of reckoning. Nath fell in line since he knew he lacked Digvijaya’s micro management skills in a crisis. His corporate ways just did not meet the demands of the job.

The BJP may end up retaining both its Rajya Sabha seats it currently holds when the votes are counted on March 26. But running the new administration may not be as easy as imagined. All the MLAs who have quit the Congress will have to be reelected and rewarded by the new dispensation. The state’s front ranking leaders like Shivraj S. Chouhan, Narendra S. Tomar, and Kailash Vijaywargiya are unlikely to be very pleased with Jyotir’s induction and instant admission to the Union cabinet.

The mismatch is both ideological and emotional. Though grandmother Vijaya Raje Scindia was a founding member of the BJP in 1980, and his aunts, Vasundhara and Yashodhara, have been with the party for as long as one can remember, Jyotir’s political DNA is exactly that of his father, Madhav Rao, who quit the Jana Sangh to join the Congress in the late 1970s. Anyone who has known both father and son will aver. And there is always the possibility that he may go back to the Congress in case he feels ignored. Feeling neglected or bypassed is all too frequent an emotion in politics.

It will take a while for Jyotir to adjust to life in the BJP circuit. After all, it is only the desire for power and pelf which provoked his rebellion.