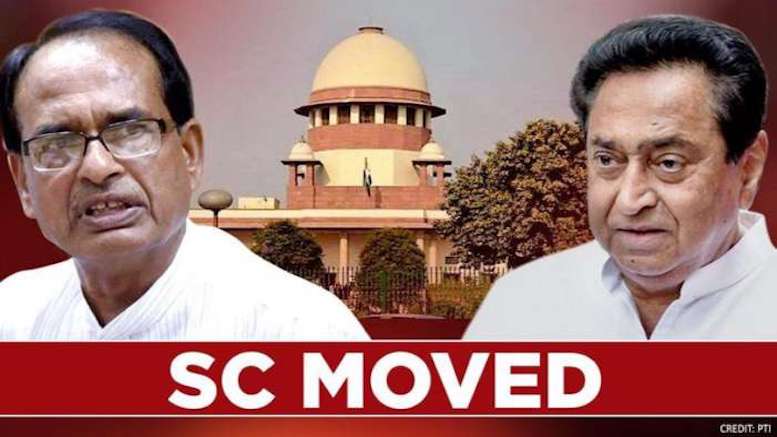 The 15-month Kamal Nath government chickened out of a floor test vote in the state assembly on Monday after being reduced to a minority with the resignation of 22 Congress MLAs loyal to Jyotiraditya Scindia. Speaker N J Prajapati instead adjourned the House till March 26on grounds of the danger posed by the rapid spread of the killer corona virus. The BJP promptly petitioned the Supreme Court to protest the 10-day delay upon which the apex court agreed to hear the plea on March 17.

Governor Lalji Tandon disposed off his routine gubernatorial address at the commencement of the Budget session by reading out the last page. He left with the request that the rules under the Constitution be followed to ensure the state’s dignity. The Speaker did exactly the reverse by ignoring the governor’s counsel handed out in a written letter to chief minister Kamal Nath that a trust vote be taken on Monday. The CM instead shot off a rejoinder calling the governor’s letter as ‘unconstitutional” and that it was outside the purview of his office to interfere with the Speaker’s functions.

Not the one to be easily snubbed, the governor on Monday evening sent another letter to the CM to conduct the floor test on Tuesday, failing which he would consider that his party is in minority. Which then would leave him free to clamp President’s rule.

Nath’s obvious strategy was to buy time though fully aware that the SC would put a spanner in the works. That the days of his government were numbered was only too well known with the reduced strength of the Congress and its allies (comprising four Independents, two BSP, and one SP) to 99 against 107 of the BJP in a House with an effective strength of 228. The resignation of six MLAs, all cabinet ministers, owing allegiance to the Scindia camp have already been accepted by the Speaker.

None of the 22 rebel Congress MLAs were present in the House on Monday. Repeated pleas by the chief minister and the speaker that they turn up for questioning fell on deaf ears. They have not budged from the Bangalore resort where they have been staying since the Scindia storm hit the Nath regime. The adamance only indicates that they have made up their minds and will not be swayed. Absurdly enough, the CM even wrote to Union Home minister Amit Shah to get the “captive” legislators released. The Speaker, on his part, insisted that he was unable to order a trust vote till “satisfied” that the rebel MLAs had not resigned in duress. Something which could only be ascertained in a one-to-one meeting.

Those in the know said that in reality there is no rule or norm which makes the resignation of MLAs from his party conditional on the speaker’s satisfaction. All that he can do is disqualify the legislator(s) in question. A trust vote, if necessary, has to be conducted on the basis of the MLAs present in the House on that particular day.