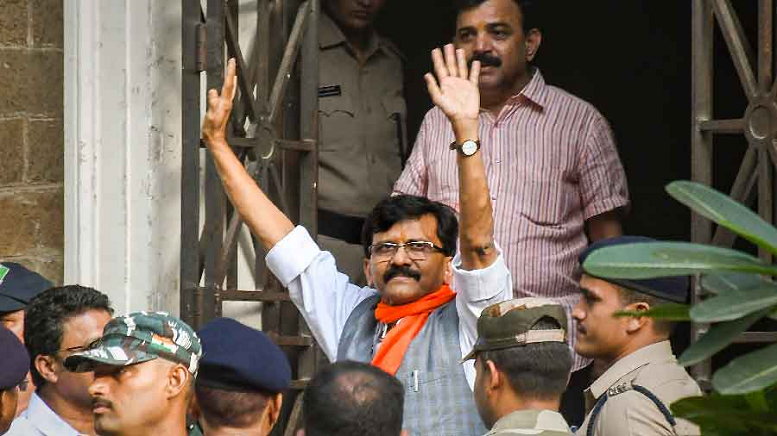 Why ED knocked Sanjay Raut’s house on a Sunday?

As a journalist who has covered Mumbai’s real estate sector for close to two decades, whenever I hear Patra Chawl, otherwise known as Siddharth Nagar, the faces of hundreds of residents flash in front of me.

Today I write again as Patra Chawl has become the major reason for ED knocking the doors of Sanjay Raut. In the last one decade or more, many residents of Patra Chawl located in Mumbai’s Goregaon area have contacted me, to write their ordeal and I did too.

Let’s go back in history, almost 15 years ago, in 2008 MHADA got into a tri-partie agreement with a private developer named Guru Ashish Constructions and the tenants society comprising of 672 tenants of the Chawl.

Spread over 47 acre of land, the builder who turned greedy, instead of rehabilitating the tenants started looking for his personal profits, he started selling the saleable portions first, including selling FSI belonging to the land was sold to 9 different developers.

Meanwhile, tenants started approaching MHADA as by 2014 rents to many of them had stopped. For those out of Mumbai, & reading this when a developer takes over a redevelopment project he pays rent to the society members till he has constructed and hands over them the their house.

Reports suggest that since ED started it’s investigation it found that Pravin Raut, an alleged close associate of Sanjay Raut, and also of some directors of Guru Ashish Constructions had started misleading MHADA within a few years of the agreement.

Pravin Raut allegedly sold the floor space index (FSI) to nine private developers, collecting Rs 901.79 crore. The developer is allowed to sell the FSI, but only after he has constructed and rehabilitated the tenants and in this case till date the tenants are awaiting.

Most tenants hail from middle class community and have been actually suffering because they lost their home to a developer who had promised them rent and a home back.

However, they received none. I wouldn’t be wrong to say that most of these tenants hail from the Maharashtrian community, of which Sanjay Raut claims to be the biggest leader of.

Coming back to Sanjay Raut reports further claim that ED has stated that Pravin Raut an alleged close aide of Sanjay Raut received Rs 100 crore from real estate company and then it was allegedly diverted to various accounts of his alleged close associates, and even family members

Another report suggests that ED has alleged that as early as 2010 just two years of the agreement, Rs 83 lakh, was allegedly transferred to Sanjay Raut’s wife Varsha Raut, who apparently used the money to buy a flat in Dadar.

The other allegation is that around eight plots of land were purchased at Alibaug in the name of Varsha Raut and another woman Swapna Patkar. The last name may ring a bell, for that go to twitter and look for it.

The builder who was only interested in profit had even allegedly duped several home buyers, by selling them homes in the building.

It is believed that the Patra Chawl scam is of no less than Rs 1000 crore and is a classic example of making the poor common citizens suffer and the nexus of Politicians-Builder-Babu who made hoards of money.

The investigation should also move in the offices of MHADA and those officials who were suppose to be accountable to get these tenants a home but failed.

Earlier this year, MHADA, the state’s housing body had announced that it will be constructing homes for the 672 tenants of Siddharth Nagar or Patra Chawl and give them homes measuring 650 square feet.

The inauguration programme for the same was attended by then Chief Minister Uddhav Thackeray and NCP chief Sharad Pawar. Sanjay Raut is undoubtedly close to both of them.

(This article has been compiled from the tweet thread originally tweeted by independent journalist Varun Singh @singhvarun on July 31, 2022.)