Sakshi Maharaj is right, minority status for Muslims must be ended 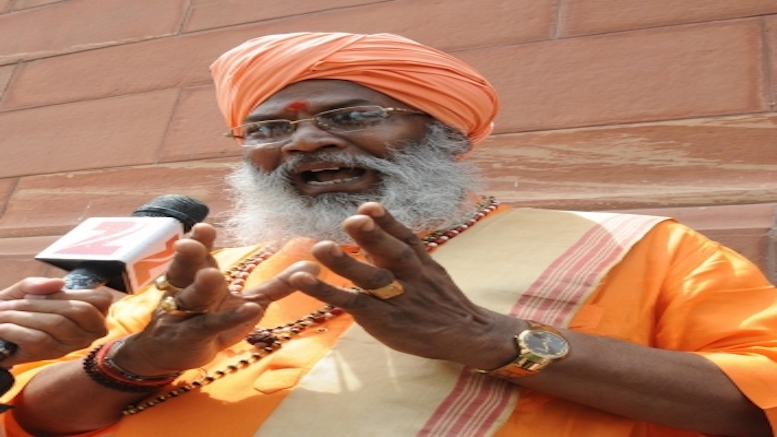 Bharatiya Janata Party MP from Unnao, Sakshi Maharaj said that minority status should be abolished for Muslims in Bharat. He was addressing a function in Unnao on Saturday.

He said, “There is more Muslim population in India than Pakistan, therefore the minority status of the Muslims should be abolished with immediate effect. Muslims should now consider themselves to be the younger siblings of the Hindus and live with them in the country.”

He also touched upon the growing demand for a Population control bill.

Speaking over the rising population of the country, Sakshi said, “Soon a bill would be tabled in Parliament to check the increasing population. Those who will have more than two children, will be deprived from contesting elections.”

The BJP MP further attacked the opposition parties on the farmers’ ongoing protest against farm laws, and said, “The government is ready to talk about the farm laws.”

He lashed out at the Congress, saying that “like the Ram temple, the Congress and other political parties should appeal in the Supreme Court on the agricultural bill. Rather, they are firing guns from the shoulders of innocent farmers’ shoulders”.

Sakshi Maharaj’s comments come at a time when there is increasing awareness about the fraud perpetrated on ‘majority’ Hindus of the country in the name of guaranteeing minority rights. The writers of our Constitution wanted to ensure that minorities are not denied equal rights as the majority, but successive secular governments and judicial rulings have brought us to a stage today where minorityism or minoritarianism, i.e. exceptional privileges for minorities that are denied to the majority, is rampant.

The Hindu Charter demanding #EqualRightsForHindus brought in 2018 was probably the first attempt to collate these discriminations in a formal manner and bring them to notice of our elected representatives and intelligentsia. This video by UpWord succinctly captures the issues with Bharat’s minority policy.