Reopening of Nadimarg case exposes apathy of past govts 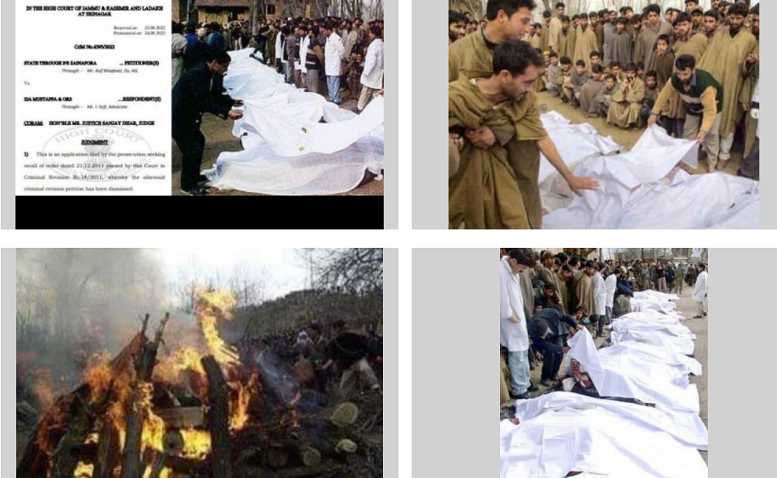 The reopening of the 2003 Nadimarg massacre case has come as a ray of hope not only for the families of the victims, but also for the thousands of Kashmiri Pandits who have suffered because of terrorism in the valley and more at the hands of an apathetic system.

The order in the case exposes how the administration in the system had neither the inclination, nor the will to provide justice to the persecuted.

For over three decades, the minority Hindu community, which was forced to flee Kashmir, has been struggling to get justice for the crimes committed against them — killings, rapes, kidnappings, assaults, arson and loot, desecration of temples, illegal grabbing of their land and homes.

In the majority of the cases, no FIRs were registered and in those instances where reports were indeed filed, no follow-up took place. Even in those few cases that went to the court, hardly any movement was recorded.

The Nadimarg massacre case, in fact, is a glaring example of how the cases involving the minority community have been treated in Kashmir. A decade after being dismissed, the High Court of Jammu & Kashmir and Ladakh at Srinagar on August 24 ordered the reopening of the infamous case by recalling an order dated December 21, 2011, whereby the criminal revision petition in the matter was dismissed.

A massacre on March 23, 2003, at Nadimarg village of Jammu and Kashmir’s Pulwama district saw 24 Kashmiri Pandits being killed. Among those killed were 11 men, 11 women and two children.

Those who survived have alleged that the policemen who were deployed in the village did not fire even a single bullet when the terrorists lined up the victims and shot them dead. After the massacre, the rest of the Kashmiri Pandit families fled the village.

In the meantime, the case went to trial court, but could not produce results. The survivors could not go back to their village or attend the court proceedings out of fear. No follow-up presumably led to the case being closed.

When Justice Sanjay Dhar of the Jammu & Kashmir and Ladakh High Court on August 24 ordered the case to be reopened, it exposed the apathy of not only the then government, but also of the civil society and the human rights bodies who have failed to take up the case of the minority community in Kashmir.

“The aforesaid application came to be dismissed by the Principal Sessions Judge, Shopian, vide his order dated 09.02.2011.

“The said order was challenged by the prosecution by way of Criminal Revision Petition No.18/2011. On 21.12.2011, the aforesaid revision petition came to be dismissed by this court. It is this order which is sought to be recalled by the petitioner by way of the instant application.

“The criminal revision petition against the impugned order passed by the learned Sessions Judge, Shopian, has been dismissed by this court without hearing the petitioner and without giving reasons for its dismissal. Therefore, the same can be recalled by this court…”

The court directed the registry to post the revision petition for rehearing on September 15.

The foremost question that comes up is why the then state government, headed by Mufti Mohammad Sayeed, and the subsequent governments in the erstwhile J&K state, did not pursue the Nadimarg massacre case or all other cases of killings and massacres.

In the Nadimarg case, the government had stated that the witnesses who had fled Kashmir were not willing to come to the valley again to depose out of fear. Why couldn’t the cases be transferred to Jammu where the survivors and witnesses were staying?

Also, the role of the civil society and human rights organisations also comes under a cloud, as none of them came forward to take up the cases involving Kashmiri Hindus in the valley.

The political parties active in the valley have also not taken up the cause of the minorities. And not one of them has taken to the streets to seek justice for the families.

After more than three decades of the advent of terrorism in the valley, which led to the exodus of over seven lakh Kashmiri Hindus, the number of targeted killings, massacres, rapes, gang rapes, kidnappings, and other crimes are still disputed.

The Kashmiri Pandit community say that more than 700 of their members have been killed by terrorists, but FIRs have been filed in just a very few cases.

The community has been consistently demanding an SIT or a judicial commission to investigate the genocide and ethnic cleansing of the minorities in Kashmir.

Three decades have gone and not one of the governments at the Centre has considered this demand.

The reopening of the Nadimarg case should open the eyes of those in the government and the opposition, and of the keepers of human rights, about how justice can be denied to the persecuted.