Red Letter Day in the Annals of Bharat’s History – One Nation, One Flag & One Constitution 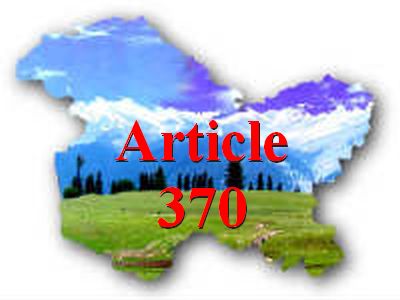 Yesterday was a red letter day in Bharat’s history. A long-standing anomaly in the Bharatiya constitution has finally been rectified. The integration of Jammu & Kashmir with the rest of the country has finally taken place.

With the scrapping of article 370 which granted special status to Kashmir, all Articles of the Constitution which are applicable to the rest of Bharat will be applicable in J&K as well.

It signals an end to the dynastic politics which was prevalent in the State where the Muftis & the Abdullahs were ruling the State alternatively, and siphoning away funds meant for development of the State.

Murderous separatists like the Hurriyat thrived under the benign gaze of these two families. Even the Kashmiri daughters were deprived of property rights in their own State. While the two families & the pro-Pakistan separatists prospered, Kashmir suffered.

Genocide of Hindus took place under the very nose of these leaders & Hindu women were raped & tortured when Farooq Abdullah was the Chief Minister & Mufti Mohammad Syed was the Home Minister.

But now, with the abrogation of Article 370 & the bifurcation of the State into two separate Union Territories, law & order will no longer be a domain of the State.

Nehru took upon himself the accession of the princely state of J&K, sidelining Sardar Patel, and created a mess as he did not listen to Patel when Pakistani army was on the verge of being expelled from the whole of J&K but chose to listen to Mountbatten & went to the UN instead, thus paving the way for POK.

The bifurcation of J&K with Ladakh being a Union territory without an assembly, and Jammu & Kashmir with a legislative under the central government, will usher in a new era in the whole of J&K.

Ladakh, which has been on the fringes for too long, will finally get its due. Jammu & Kashmir will see a new era of development encompassing all segments of society unlike in the past where only a select few benefitted at the expense of the masses. With new investments flowing in following the abrogation of Article 370, the youth of Kashmir who were being misled by the vested interests will have a better future to aspire to.

It is one thing to make a promise in the party manifesto & quite another to implement that promise after coming to power. The Modi government with its dynamic & iron-willed Home Minister has shown how strong political will & national interest can set right blunders made in the past.

With the reorganization of the State of J&K, a delimitation exercise is on the anvil where another aberration whereby the Kashmir valley had more seats than Jammu should be set right. This aberration allowed two families to rule & ruin Kashmir. With this, the decks should be clear for even a Hindu to become Chief Minister of the new State of J&K.