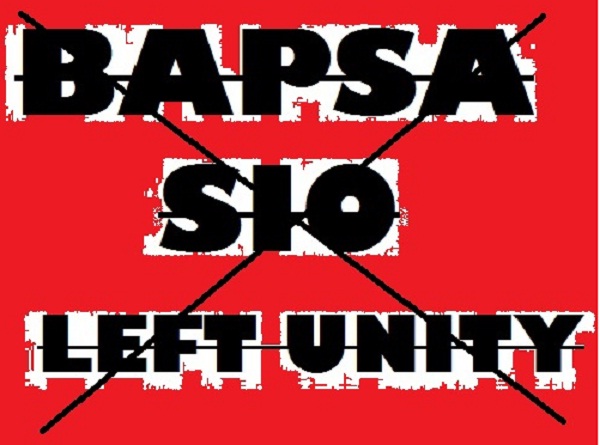 In this write-up, we brought to you the summary and facts behind Najeeb Ahmed’s case in JNU. The fact remains that it was Najeeb who initiated the scuffle by beating the boy wearing a sacred thread on his hand. In fact, it is said that two boys who Najeeb picked up the scuffle with, are Dalits and the hostel warden persuaded them not to file Dalit Atrocities Act against Najeeb. The whole issue was amicably sorted out until Najeeb decided to disappear.

Contrary to the virtues associated with the icons used in the organization name of BAPSA (Birsa – Ambedkar -Phule), BAPSA has resorted to spreading total lies and politics of communal hatred in this JNU case. Its poster does not mention how the incident began at all. It brings in BJP & RSS unnecessarily and blows the false trumpet of ‘Dalit Muslim’ brotherhood which is anyway a sham for all to see in recent West Bengal riots post Muharram, where a lot of Dalits have been harassed by Muslim mobs.  In the name of ‘Ambedkarite Movement’ that they claim to counter alleged ‘Brahminism’ with, they have deliberately forgotten to mention that the two boys who Najeeb picked up scuffle with, are Dalits if social media is to be believed. Una incident has been dragged in which has no relation with this incident and points to much larger conspiracy by inciting communal politics.

The above poster by SIO in JNU reeks of lies and accuses ‘this nation’ of ‘violence against Muslims’. The poster mentions ‘ violence against Muslims can be seen as a common denominator of Indian social existence’. The organization seems to not only deny Bhartiya history but also the current riots across various states post Muharram initiated by Muslim mobs.

The above poster by JNUSU on 20th Oct is a typical victim play in spite of JNUSU president, Mohit Pandey, signing on the minutes of first meeting immediately post the scuffle between Najeeb and other students, in which Najeeb had confessed that he initiated the scuffle. The JNUSU protesters held the VC and other senior staff hostage for more than 20 hours. The facts that Najeeb left the campus himself and police declared a reward of Rs.50,000 to whoever will inform his whereabouts, have been omitted. It seems like a deliberate attempt by JNUSU and other allied forces to create communal unrest and naxal behavior among students.

While forcibly confining the VC and other staff for a day and night, and totally omitting the basic facts of Najeeb Ahmed incident by some protesting students, Democratic Students Union (DSU) which is a part of All India Revolutionary Students Federation (AIRSF) has the audacity to paste above posters in JNU, no protester has been arrested by Police, still they want a free pass for all the hooliganism in the name of ‘dissent & protest’.

In the above poster calling out to students for a ‘protest march’ for Najeeb Ahmed after 6 days of his disappearance i.e. on 20th October, ABVP students are called ‘goons’ doing ‘goondagiri’. The poster is blaming the administration of ‘not giving assurance in writing’ for ‘punishing ABVP’ in spite of the fact that Najeeb insitiated the fight by beating a boy first. The poster accuses administration of ‘not creating conducive conditions for the return of Najeeb’. Does this mean that Najeeb is being apprised of JNU happenings in a secret effort and held back by somebody ? Is this a subtle threat that until ABVP students are arrested, Najeeb will NOT come back? A ‘distressed’ boy who left on his own is not even contacting his parents after agreeing to the fact he was the one who picked up the scuffle? Is Najeeb Ahmed being psyched into making a mountain out of molehill of the issue or committing suicide?

There are posters of alleged terrible victimization of Najeeb in JNU :

The above posters in JNU reek of false victimization of Najeeb in spite of he being the very cause of this incident to happen in the first place. He seems to be grossly misused by left and communist politics. High time student politics in this country is restricted by disciplinary measures so that unaware sensitive youth are not misguided into spoiling their careers.

(We thank Amba Shankar for speaking to us and providing information).