Rajni is an unlikely MGR, can be kingmaker at best 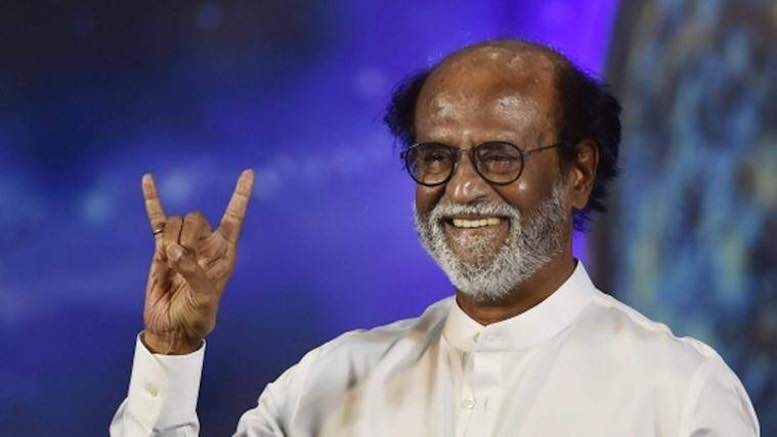 The formal leap of 70-year-old Tamil superhero Rajnikanth alias Shivaji Rao Gaekwad into the roiling waters of Dravidian politics on January 1, 2021, is widely expected to result in a storm. Some experts predict it might even be a tsunami. How much power will the breakers pack can at best be a hunch at this stage. Only the naïve will hazard a prognosis given the imponderables. Those expecting a veni vedi vici (I came, I saw, I conquered) sort of scenario are likely to be disappointed. Holding one’s horses is the safest option for now.

Age for one is not on Rajni’s side quite apart from the health issues plaguing him. M G Ramachandran (MGR) was 50 when he was first elected to the Tamil Nadu assembly in 1967 though he was a member of state legislative council since 1962. But his political innings predates his House membership. He was in the Congress before joining the C N Annadurai founded DMK, serving as its treasurer for three years before the latter’s death in 1969. MGR quit the DMK in 1972 to launch his own outfit, the AIADMK, and became the first actor to become chief minister in 1977 at the age of 60. He was serving his third term when he died in 1987. MGR, like Rajni, had humble beginnings and generously contributed to charitable causes. The decision to give him a posthumous Bharat Ratna was motivated by the Congress’ political interests in the late eighties. MGR had a delirious following, but lacked the noblesse oblige of the state’s top two political icons (both former CMs) who were recipients of the top civilian award: C Rajagopalachari (Rajaji) and K. Kamaraj.

The rise of Jayalalitha, an MGR protege, was even more spectacular. Amma was an attractive 41 when elected MLA in 1989 and served as the youngest Opposition Leader before sweeping to power in 1991 with a massive mandate in alliance with the Congress. If MGR’s training ground was the DMK, Amma’s was the AIADMK which she joined in 1982.

Comparisons are odious, but even a cursory glance at the CVs of the three actors is enough to convey that Rajni is the least politically inclined on paper. MGR founded the AIADMK after serving the DMK for nearly two decades. Jaya was MGR’s understudy for five years. Neither could have ascended to the CM’s post purely on the strength of their star power with no tried and tested party infrastructure in place. Lack of experience apart, there is none in Rajni’s network whom he reportedly looks up to for political counsel, an unambitious do-gooder who will help him put together a party within three or four months before the state polls in April-May 2021, find eligible candidates to win a sizeable number of seats to emerge kingmaker if not CM. All the one-time bus conductor has is his humongous fan network which he expects will morph into a poll winning plexus – a forbiddingly tall order by any standard, and hitherto untried.

The long reluctance to throw his magical cigarette in the political ring is also seen as a liability. It betrays a propensity for indecision and vacillation. This is in sharp contrast to both MGR and Jaya who never hid or tried papering over their love for political power. Even today all we have is the promise of Rajni announcing the formation of his party on December 31. The will he-won’t he debate has gone on for so long that a good many of his admirers have lost interest. Missing is the old excitement. The oft quoted words of the Bard have an eternality: “There is a tide in the affairs of men/ Which, taken at the flood, leads on to fortune; Omitted, all the voyage of their life is bound in shallows…”

Rajni has an uphill task, but the significance of his debut in TN’s political space can hardly be overstressed. The utterly corrupt, divisive, and tawdry politics fostered by the Dravidian parties will for the first time in 50 years be put through a churn. Not that the obsession of the state’s voters with the garish glamor of the Tamil film industry and its actors is likely to slacken anytime soon. Unlike the patronizing and messiah like personas of both MGR and Jaya, Rajni’s feet are firmly planted on terra firma. His public image of being a toiling man’s hero shorn of caste prejudices is what will make the difference. Humility is a virtue difficult to find among actors regardless of stature. Rajni is an actor who knows only too well that the roles he essays on the silver screen cannot be supplanted in real life. Fans love him as much for his human qualities as his stardom.

The coming polls will test the practicability of the “spiritual politics” Rajni has promised to put into play. Lest the phrase be equated with sanatana dharma, the actor hastened to clarify that the term merely underlined his advocacy of caste and religion neutral politics to help establish an “honest and corruption free” government. The funding which Rajni attracts will ultimately determine the extent to which existing equations between the top players on TN’s political stage are turned on its head.

The ruling BJP which was hoping to make its presence felt by clutching at the coat tails of a rudderless and weakened AIADMK could see its dream go up in smoke. For all his supposed proximity to the BJP’s worldview, Rajni is unlikely to accept Delhi’s overlordship. This will be necessary to maintain the veneer of neutrality. Political watchers feel he may look forward to desertions from both the Dravidian parties to fortify his non-partisan and non-aligned image.

The ruling AIADMK is a sitting duck for a split. The game of oneupmanship will recommence once Amma’s alter ego and comrade-in-arms Chinamma (V Sasikala) walks out of prison sometime in January. The nondescript duo of CM Eddapadi K Palaniswami, and his deputy O Paneerselvam currently at the helm will almost certainly try stymying her reinduction into the party along with that of her mischievous nephew, T T V Dhinakaran, founder of the Amma Makkal Munetra Kazhagam (AMMK). Insiders within the ruling regime, however, feel that Sasikala still wields considerable influence with the party cadre, and their chances of gravitating to her cannot be ruled out. Sasikala cannot be CM, but her enormous resources and experience of managing the party’s affairs as Amma’s aide cannot be ignored. Her backend power can upset existing calculations.

Rajni will need allies given the complex caste configurations in TN. The AIADMK and the BJP are suited for this role provided they accept his leadership, and he in turn is ready to meet them half-way. Failing which he could look to reap a generous harvest from the nearly 30 per cent vote bank comprising Muslims, Christians, SCs and STs. They would readily put their trust in him given his commitment to “spiritual politics”. Either way there is no way he could notch up a majority on his own barring the unlikely emergence of a mammoth Rajni wave.

Too many cooks, as the proverb goes, spoil the broth. The churn could throw up an unexpected coalition in power, and years of political instability. But that would be fine so long as Rajni has a key role to play and compels the cleansing of the state’s pernicious graft ridden politics.