Rajasthan doctor Archana Sharma kills self after being charged for ‘murder’ – when will extortion and harassment of doctors end? 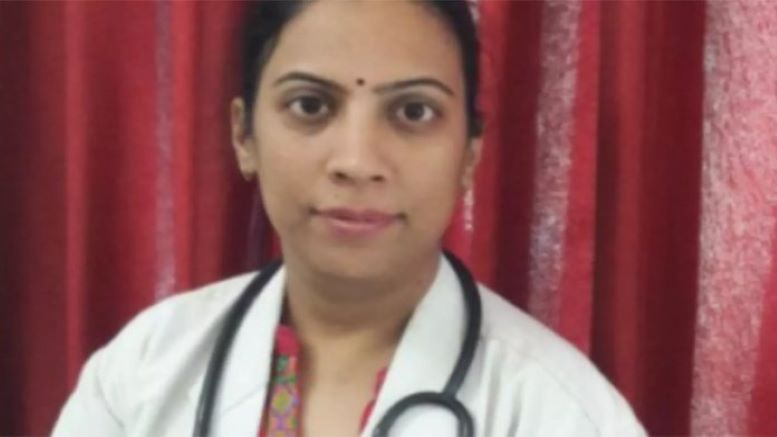 A doctor from Rajasthan’s Dausa, gynaecologist Archana Sharma, is said to have committed suicide after being charged with murder under section 302 of the Indian Penal Code (IPC). It is said that Shiv Shankar Balya Joshi, a local politician with links to a BJP MLA, had incited protests against Dr. Sharma after a patient of hers died during childbirth.

On the basis of the complaint filed by Dr. Sharma’s husband Dr. Suneet Upadhyay an FIR has been registered against Joshi under Sections 306 (Abetment of suicide), 384 (Extortion) and 388 (Extortion by threat of accusation of an offence) of IPC.

“I didn’t commit any mistake. I didn’t kill anyone. Please do not harass my family and my children. The patient died of PPH, a known complication. Don’t harass doctors. Please. My death will perhaps prove my innocence”, her suicide note read.

CM Ashok Gehlot is said to have issued orders to remove the Superintendent of Police (SP) and suspend the Station House Officer (SHO). As per Dr. Upadhyay, he and his wife were being harassed by Joshi for the past 4-5 years.

In a video message, Dr Upadhyay alleged that Joshi was an extortionist who had the backing of BJP leader Kirodi Lal Meena. He also pointed out the involvement of Rajasthan Patrika journalist Mahesh Bihar. He further added that the patient did not die due to medical negligence. He blamed the Hindi daily Patrika for publishing the one-sided story and blaming the doctors. He stated that Sharma took the extreme step out of fear she came to know that she had been charged with murder.

Upadhyay also stated that the woman’s earlier delivery, where she gave birth to twins, had been done in their hospital but this time the victim suffered from a medical condition PPH (Postpartum haemorrhage). According to doctors, this is a known medical condition and hence cannot constitute medical negligence.

Furthermore, Dr Sharma and her team tried their best but couldn’t save the woman. Her family had no complaints but Joshi is said to have pressurized the family to demand compensation from the hospital. He along with a few hundred people reportedly gathered at the hospital with the dead body in a bid to extract money from the hospital.

Upadhyay highlighted that they had complained against Joshi earlier as well but to no avail since the police never acted against him due to Meena’s backing. He has demanded justice for his deceased wife while adding that doctors should be protected from such hooligans who use political power to threaten doctors.

“In a series of Tweets, CM Gehlot said he had ordered the removal of SP Anil Kumar and suspension of SHO in the Dausa doctor suicide case. The administrative inquiry would be held on the matter under the supervision of the Divisional Commissioner of Jaipur, Dinesh Kumar Yadav”, noted OpIndia.

When the case came to light, other doctors came out in support of the deceased and confronted the authorities demanding to know how and why charges under 302 were applied. It must be mentioned that the apex court has explicitly said that no doctor can be booked under Section 302 unless negligence on the part of the doctor is proved.

This case highlights how politicians, who are hand-in-glove with media and hooligans protected by the politicians, misuse their powers and how police do the bidding of their political masters instead of acting in accordance with the law. The political protection cutting across party lines given to elements like Joshi emboldens them to be a law unto themselves.

Similarly, police and administrative authorities should be acting independently and not as per orders of their political masters. There is an urgent need to decriminalize politics and depoliticize administrative and police establishments only then can misuse of law be prevented.