Rahul Gandhi jets off to Milan, day ahead of Congress foundation day 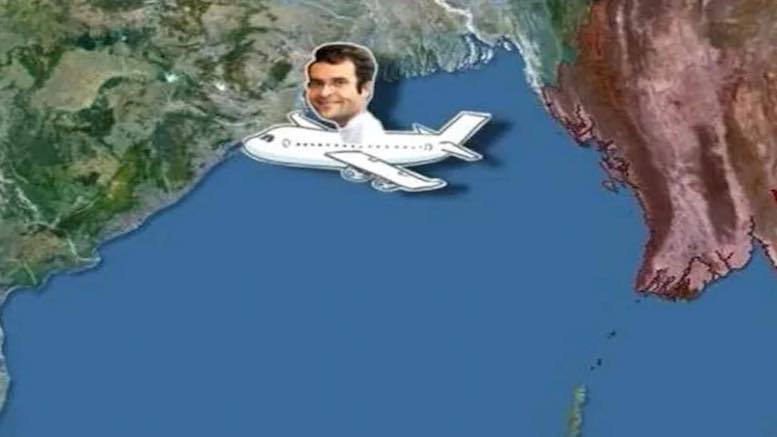 Rahul Gandhi, prince in perpetual waiting who Nehru-Gandhi dynasty loyalists and hegemonic Western media outlets like The Economist claim is best suited to be Bharat’s PM, has left for Milan, Italy, a day ahead of the party celebrating its 136th foundation day on Monday, and in the midst of a farmers’ protest stoked by ruling Congress government in Punjab, which is holding citizens of Delhi-NCR hostage besides causing massive economic damage to the nation which had just started recovering from Covid-19 lockdowns.

Congress chief spokesperson Randeep Singh Surjewala confirmed that Gandhi has left the country for a ‘short personal visit’, but did not disclose the location, as per Hindustan Times.

Ever since Rahul Gandhi made his electoral debut in 2004 from his family’ pocket borough of Amethi, we have been hearing about his maturing as a politician and inexorable rise to the country’s top post. The 50-year-old dynast has seen more relaunches in rebranded avatars than any other politician in the country.

He has always shown a proclivity to disappear on mysterious foreign sojourns at critical junctures for his party and the country. Bangkok appears to be a favourite destination. As per reports, he had gone to Bangkok in early 2015 when his 56-day absence from Parliament was widely discussed.

He then reportedly again flew off to Bangkok in October 2019, ahead of crucial state assembly elections which followed Congress’ crippling loss in the general elections earlier that year. He visited Cambodia and Indonesia too in that same period.

As per Home Ministry data, since 2015 Rahul Gandhi has travelled abroad 247 times without informing SPG (Special Protection Group, a special force which guards PM, ex-PMs and their families), which works out to a whopping average of 62 trips a year, and more than 5 a month!

Rahul Gandhi is prone to wild lies and stands accused of graft in a plethora of cases, besides fanning the flames of every possible Naxal and anti-Hindu agitation seen in recent years.

But along with Rahul Gandhi, it is the acclaimed Lutyens’ dignitaries like Raghuram Rajan and media barons like N Ram who still shill for this below-mediocre yet dangerous dynast that should be held accountable for their chicanery.