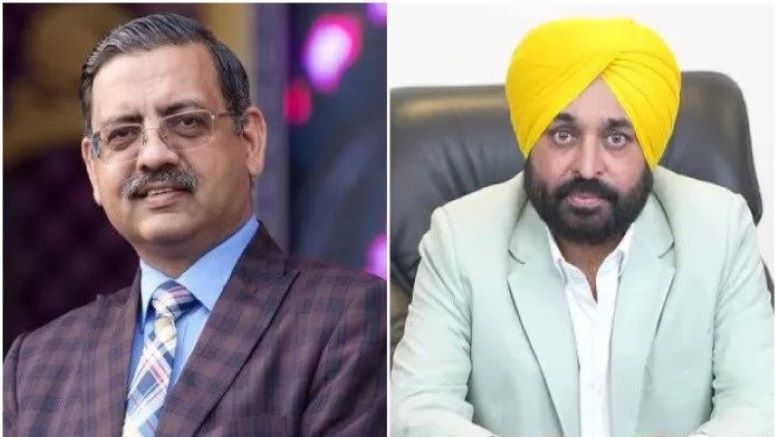 Punjab police have arrested Rabinder Narayan, Managing Director (MD) of Punjabi News and Entertainment channel PTC, on the basis of a complaint lodged by one of the contestants of the Miss Punjab beauty pageant organized by the channel annually. It is pertinent to note that this arrest comes after the channel busted Mann’s claim of getting a bridge constructed at just Rs 6 lakhs against the quotation of Rs 1.80 crores.

Narayan was taken into custody from Gurugram after allegations were levelled against the channel stating innocent girls were being duped and exploited in the name of the beauty contest. As per the complainant, she was forcefully enclosed in a room and harassed by one of the channel’s staff members during the show and added that the channel was involved in human trafficking by using the beauty contest as an excuse.

Interestingly, the FIR was lodged in Mohali last year and Narayan was arrested on Wednesday. The Punjab police have launched a search for another accused and are conducting a detailed investigation to ascertain if any big names are involved in the racket.

“On the other hand, the PTC MD has alleged that the inquiry is an attack on the press. Narayan accused the Mann government of muzzling the voice of the press and has called it a politically motivated move. PTC channel spokesperson told reporters that the SIT formed to probe this case has already recorded the statement of Rabinder Singh Narayan”, noted OpIndia.

After he was sworn in as the Punjab CM, a video of Bhagwant Mann’s interview alongside Kejriwal appeared on social media where he was seen making the outrageous claim that he got a bridge constructed at a cost of just Rs 6 lakhs when he was the MP. Following this, PTC News sent a reporter to Sangrur District’s Dibra village to verify Mann’s claims.

The reporter discovered that contrary to the Punjab CM’s claims, a concrete paver slab was laid over the water body. It published a satirical report debunking Mann’s contention. The televised report shows locals accusing Mann of lying and making sensational claims to extract political advantage. The people also expressed their anger toward AAP MLA Harpal Cheema who has been appointed as the Finance Minister in Mann’s cabinet.

Of course, such displays of highhandedness are acceptable as long as the government isn’t that of the BJP or NDA. ‘Liberal’ parties have the freedom to muzzle the press as we have seen in Bengal under Mamata Banerjee or under Uddhav Thackeray in Maharashtra. While a journalist couple was arrested for exposing Banerjee’s corruption and TMC politician hurled expletives against journalists in Bengal, the highhanded manner in which Arnab Goswami was treated made it amply clear how much the MVA (Maha Vikas Aghadi) ‘respected’ freedom of speech and expression.

Ever since Uddhav Thackeray joined hands with Sharad Pawar’s NCP and the Nehru-Gandhi’s Congress, he has become a darling of the left-liberal cabal who are finding it difficult to stop singing his praises. However, Maharashtra, under Uddhav Thackeray and MVA (Maha Vikas Aghadi), is not only suffering from misgovernance but is also witnessing rising instances of hooliganism. That the state has descended into anarchy makes no difference to the cabal.

Be it Punjab, Bengal, Delhi, or Maharashtra, such deplorable acts by ‘secular’ governments are condoned by the cabal rather than being condemned.