Punjab has let itself down with blind opposition to farm reforms 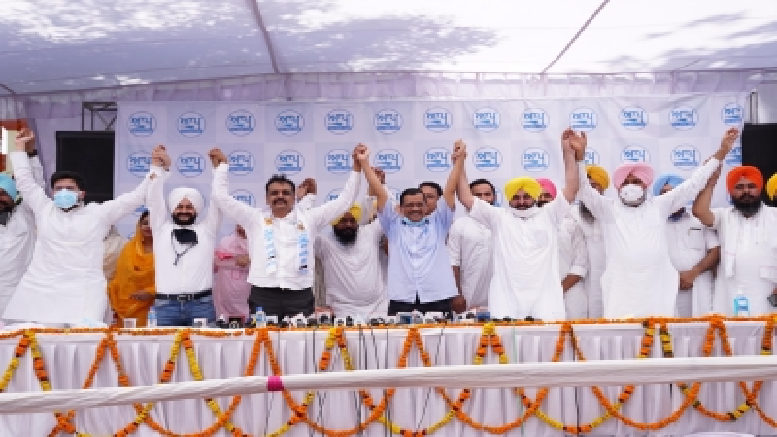 Punjabis cannot say that they have been let down by everyone so they will vote AAP because Modi tried to usher them into the new age of agriculture, and then some of them were on the roads, mindlessly protesting, inviting an ecological disaster, while Punjabi NRIs cheered them on.

Truth be told, Punjabis are themselves to blame for the loss of stature of the state. They had a golden economic opportunity in 2021 and not one leader questioned the protests. Also, What they are seeing as the ‘messengers of change’ in AAP are going to be their worst nightmare.

2020-21, unfortunately, has been the equivalent of the Great Depression when one speaks of Punjab’s economic intellect. How could one Sstate question a progressive economic reform that important, through such criminal actions, and then cry for change and play the victim in 2022?

Sure, you were let down by the Akalis, we get it. You did not like Captain, we get it, but beyond both of them, what were you doing, as farmers, as sons and daughters of the soil, in 2020-21? Well, you were making an enemy out of Modi because he wanted to fix the agri-economy.

They may not have the idleness and intellect of a routine Bihari voter who has a political opinion about everything but Punjabi voters are not stupid, so please do tell me how do you see a change in ‘Bhagwant Mann’ of all people, who can’t even put 2 and 2 together after 6 PM?

Punjab, even with all its faults, mainly drugs, had the potential since forever to follow the Gujarat model to a certain extent, but when the window arrived, you rallied behind NRI leaders with zero stakes in the game and blew it all apart. Now, you demand change!

So, after Modi as an enemy, here are your choices, Punjab.

Tell me, how is this a change?

This is one of the most interesting, yet saddest, elections of our times because we aren’t looking for a deserving party to win here, but just praying that the least reckless party gets to rule so that the state is not blown apart in another separatist movement.

Irrespective of whoever wins, we are looking at more brain drain and economic drain from the state towards Canada, more conversions, more drugs-plagued youth, more stalled economic growth and rare private sector participation. Go ahead, take down a Jio tower and celebrate.