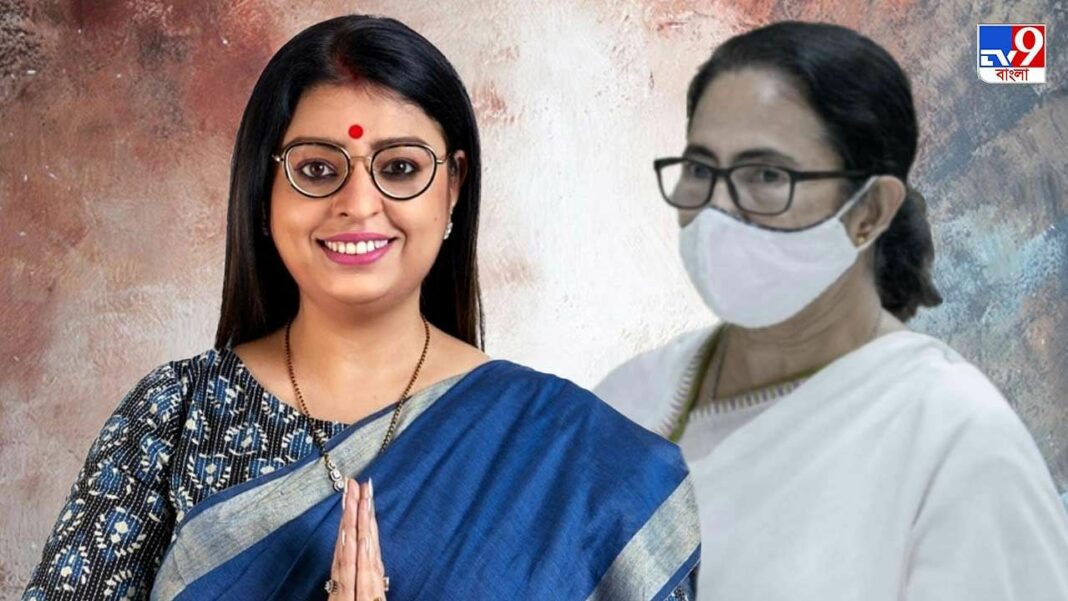 Politics in West Bengal has intensified after the BJP announced advocate Priyanka Tibrewal as its candidate against CM Mamata Banerjee for the upcoming by-poll elections from Bhabanipur (Bhawanipore) constituency scheduled for September 30.

Tibrewal has been at the forefront of the legal battle against the barbaric post-poll violence unleashed in the state by the ruling regime. She played a pivotal role in petitioning Calcutta High Court on post poll violence, which ultimately led a five-judge bench to order for a CBI probe.

It will be a tough ask for Tibrewal as Bhabanipur is a known TMC bastion from where TMC veteran Sovandeb Chatterjee had won recently by around 28,000 votes. However, Mamata Banerjee’s defeat from Nandigram against her ex-confidante and present leader of the opposition, Suvendu Adhikari required the Trinamool supremo to contest and win another election within six months to continue as the CM.

Although there were 5 other MLA seats lying vacant, it was probably thought by TMC strategists that Bhabanipur is the safest for Mamata, so Sovandeb had to step down. Mamata has won the Bhabanipur seat twice in the past; the constituency in South Kolkata is a stone’s throw away from her residence.

For the uninitiated, Priyanka Tibrewal is a lawyer by profession and has been a member of the BJP since 2014. A practising advocate at the Supreme Court and Calcutta High Court, Priyanka had also been the legal counsel for former BJP leader Babul Supriyo. She was appointed as the Vice President of the Bharatiya Janata Yuva Morcha (BJYM)’s West Bengal unit in 2020.

The upcoming by-poll will not be the advocate’s debut run in elections. In 2015, Priyanka had contested Kolkata municipal elections but lost to the TMC candidate. She was also the BJP’s candidate from the Entally constituency in the 2021 assembly elections, where she lost to TMC heavyweight Swarna Kamal Saha by over 50,000 votes.

The state opposition may seek to counter the TMC’s slogan ‘Bangla nijer meyekei chay’ by fielding a Tibrewal against Banerjee, that is pitting one daughter of Bengal against another. But with the ruling dispensation fighting elections on the polarized grounds of Bengalis versus the “bohiragoto” (outsider), the odds don’t look very favourable for Tibrewal whose ancestral roots are from outside the state although she herself was born and brought up in Bhabanipur and can speak Bengali.

The 1981-born Priyanka received her school education from Kolkata’s Welland Gouldsmith School, and after completing graduation from Delhi University, she obtained a law degree from the University of Kolkata affiliated Hazara Law College. She also has a Master’s in Business Administration (MBA) with a specialization in Human Resources (HR) from the Assumption University of Thailand in 2009.

Priyanka is married and has two daughters. Maybe that is what inspired her to take on the might of Mamata’s fascist regime in the courts, even after Calcutta High Court shockingly said on May 11 that it is ‘satisfied’ with Mamta’s handling of post-poll violence. The videos emerging from Bengal, of women and children crying and appealing for help, were enough to shake anyone. Tibrewal and other petitioners, in both HC and Supreme Court, persisted by continuously raising the violence unleashed on the poor and hapless BJP supporters and their family members in Bengal.

While Banerjee and her cadres kept rubbishing the allegations of post-poll bloodshed, Priyanka Tibrewal emerged as one of the main petitioners who filed several petitions highlighting the political murders and violence. Finally, the Calcutta High Court had no option but to order a CBI probe and appoint an SIT to investigate the violence.

“I have defeated the chief minister in the high court in the first fight. Because when she said there was no violence, I proved there was violence and the court order proves this too. The way we have seen people being killed in West Bengal, the murders, rapes, vandalism. But the chief minister has been silent. Our fight is against that silence,” said the BJP candidate while speaking to India Today.

She further added, “Mamata Banerjee is a two-time MLA from Bhabanipur but I was born there. It is my ancestral house, so I was born and brought up in Bhabanipur. I believe Mamata Banerjee doesn’t want the votes of outsiders or Hindi-speaking people. Certainly, she will get a befitting reply.”