Give
HinduPost is the voice of Hindus. Support us. Protect Dharma
GIVE
18.3 C
Sringeri 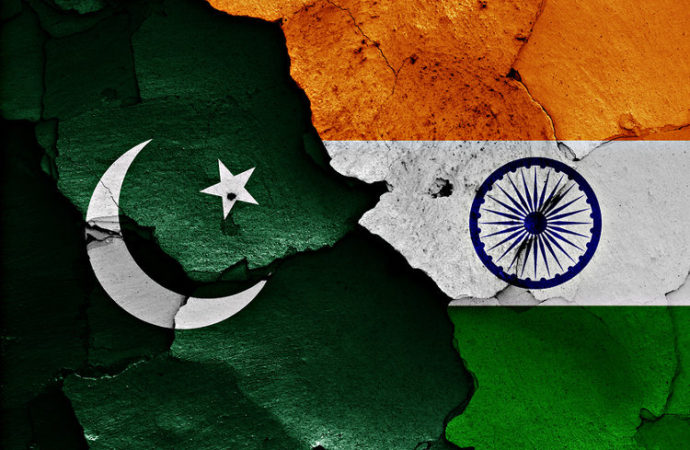 The whole world is aware that both South Asians nations Bharat and Pakistan are each other’s intense foes ever since the formation of the State of Pakistan. Pakistan, for decades, has waged hybrid proxy war in the Bharatiya state of Jammu & Kashmir and for decades has utilized Bharat’s frailty and blemishes to get an upper hand over us. The lackadaisical approach of political authority to counter attacks by enemy state has caused too much damage.

Pakistan’s policy of bleeding Bharat with thousand cuts has been kind of successful till date but now the narrative and approach is changed. The pusillanimity of political leadership is pretty much vanished now. At this critical juncture Bharat not only needs to be strong but also smart to defeat the enemy on all fronts. For that Bharat needs to counter Pakistan aggressively and by utilizing Pakistan’s deficiencies. Let’s look into some of the major blemishes of enemy about which they don’t want us to know.

Pakistan’s different provinces are witnessing an uprising of people against state atrocities and hegemony of Punjab province. One autonomous territory (Gilgit-Baltistan) and three provinces are struggling to get free from Punjab’s domination over them and one way or the other wants to get freedom from the State of Pakistan.

Balochistan, which was annexed by Pakistan on 27th March 1948, for more than 70 years is fighting to get its independence back from cruel forces of Punjab province. Pakistan Army has done gross human rights violation in Balochistan from killing, kidnapping, rape, destruction of properties to systematic imprisonment, torture, abduction and execution of Balochs.

Many movements are running in Balochistan against occupation of their land by Pakistan. Fighting from the front is Balochistan Liberation Army (BLA) founded by Jumma Khan Marri in 1964. BLA has taken up arms against atrocities inflicted upon them by Pakistani Forces. Another organization is Baloch National Movement headed by Khalil Baloch. Hyrbyair Marri, Arguably the biggest leader of Balochs in their struggle for independence, is leading the struggle with his Free Balochistan Movement.

Khyber Pakhtunkhwa, which was also unwillingly merged into Pakistan, is struggling to get freed from Pakistani Army inflicted atrocities. Pakistani Forces have made life of villager Pashtuns miserable through murder, destruction, and collective punishment against tribal people. Pashtuns till last year lacked any strong leader, who can lead them towards freedom, until Manzoor Pashteen.

Manzoor Pashteen leader of Pashtun Tahaffuz Movement (PTM) through his fearless movements and huge following has become the biggest fear of the Pakistani establishment. PTM rising from small territory of South Waziristan has now become a major movement in the Pashtun land. Rise of PTM in this manner is described by Pakistani Journalist Taha Siddiqui as ‘another Bangladesh in the making’.

Sindh on the other hand is also witnessing a movement for Sindhudesh. The movement which was conceived by Sindhi political leader G.M. Syed years ago, has transformed into a large struggle now. Organizations like Jeay Sindh Quami Mahaz (JSQM), Jeay Sindh Muttahida Mahaz (JSMM), JS Student Federation, Sindhdesh National Movement Party and Sindhudesh Liberation Army. Thousands of supporters marched together to denounce Pakistan resolution at Karachi few years ago in protest organized by these groups.

Bharat should use such weaknesses of Pakistan by supporting these movements against Punjab’s hegemony and oppression. Pakistan never learns from its mistake and Bharat should take advantage of it and hit where it hurts the most. We can start by opening Balochistan embassy in Bharat and by officially recognizing Balochistan as a sovereign state and should bring in a Baloch Government-in-exile. Bharat should help already disintegrating Pakistan by breaking it into four parts just like we did by breaking it into two in 1971.

One more vulnerability of our vicinal state is Scarcity of Water. Pakistan is suffering from a severe water crisis and most of its water requirements are fulfilled by rivers from across the border. 6 major rivers from Bharat and 7 major rivers from Afghanistan flow into Pakistan.

According to a report by IMF Pakistan ranks third in the world among countries facing acute water shortage. So as the reports from UNDP and PCRWR echoes the problem. The problem is such severe that not even the 5,000 northern glaciers can save the countries from it. Its per capita water availability is 1017 cubic meters and the scarcity threshold is 1,000 cubic meters. The same per capita annual water availability in 2009 was 1,500 c.ms and was 5,500 c.ms in 1950. In 2016 PCRWR reported that Pakistan has crossed ‘Water Stressed Line’ in 1990 and has crossed the ‘Water Scarcity Line’ in 2005.

As by a report Pakistan is likely to face acute water shortage and drought like situation in near future around 2025. By 2040 it will be the most water stressed country in the region.

So what can Bharat do with Pakistan’s water scarcity? The answer lies in the proper understanding of the Indus Water Treaty (IWT). Under IWT Bharat can store total 3.6 MAF of western rivers i.e. Indus, Chenab & Jhelum, while Bharat only stores 13.88% of what is allowed which is just 0.5 MAF. Authorized irrigational area from waters of western rivers is 1.32 million acres and currently Bharat irrigates only 0.8 million acres. And total eastern river water allocated for Bharatiya usage under IWT is 33 MAF. Pakistan receives annual water of around 154 MAF while authorized is 136 MAF. Bharat can effectively use its share of water and can deprive Pakistan of excess water.

What can be the impact of Bharat’s closure or better usage of its water on Pakistan can be understood from the fact that one Chenab River provides water to 21 canals and irrigates 7 million acres of land in Punjab, Pakistan. Storage of water in Baglihal Dam reduced the flow of water in Chenab River during sowing periods in Punjab province and adversely affected agriculture. Pakistan in that course of time lost 23,000 cusecs of water and 3.5 million agriculture tracts were barren. Due to water scarcity, the things which are at risk in Pakistan is 20% of GDP, 75% of Total Export Revenue and 42% of Total Labour Force.

Also there is no treaty between Pakistan and Afghanistan for the code of conduct in sharing waters of 7 common rivers between them. Bharat can block excess water flowing from Afghanistan into Pakistan. Storing waters of major rivers like Kabul River can badly affect Pakistan’s economy. Bharat is currently doing so by building dams on major rivers in Afghanistan. Afghanistan, with financial assistance from Bharat, is constructing almost 12 multipurpose irrigation and hydropower dams on these rivers.

Bharat can use water as a strategic weapon against a terrorist exporting nation and proxy war waging water scarce vicinal state. Pakistan’s severe water crisis is an opening for Bharat to use it as a diplomatic tool to force Pakistan in withdrawing its support to terrorists.

Pakistan is currently going through an Economic Crisis at the same time its international reputation is getting degraded by each passing year due to its unconditional support to terrorism. Pakistan’s economy has a severe Balance of Payment (BOP) problem and is going through the 3rd BOP crisis in last 10 years according to a report.

By June 2018, Pakistan had Current Account Deficit (CAD) of $18B, nearly 45% increase from 2017. Excessive and expensive imports of things related to CPEC is the primary reason for such high CAD. This time Pakistan survived by getting $6B bailout from each Saudi Arabia and UAE and around same from China also. Pakistan was looking for an IMF bailout earlier but due to pressure of IMF to clarify terms of CPEC it did not approach IMF.

Pakistan has been put on Grey list of FATF for providing financial assistance and safe-haven to terrorists. FATF committee is likely to put Pakistan on the black list in next meeting in October if it continues to support terrorists. Getting blacklisted in FATF will definitely decrease the amount of investment and eventually will severely affect the already bad economy.

Bharat must insure through its diplomacy that Pakistan, if continues to be home for terrorists, gets blacklisted. Bharat must ensure when next time a CAD crisis arrives in Pakistan, at least friendly nations like UAE does not help them.

Pakistan’s use of malevolent and facinorous tactics to achieve its political and religious goals is known to us for quite a long time now. Use of religious extremism and fundamentalism has helped it achieve many goals like exodus of Pandits from Kashmir. But this time, its own all-weather tactic of using radicalized people is back firing over it. Pakistan’s export of radicalization to its vicinal states has affected all its neighbours i.e. Bharat, Iran and Afghanistan.

In recent incidents Pak supported terrorists carried out attacks on both sides of its border into Iran and Bharat on 13th and 14th of February respectively. Both countries vowed to retaliate against Pakistan. Bharat took its revenge while Iran is still yet to do so. Afghanistan on the other gave full support to Bharat after the Balakot Air Strikes. Recent incidents have caused three out of four neighbours of Pakistan to go against it while one (China) ignoring it.

Bharat’s power and influence in the world has increased very much since the last war we fought with Pakistan. The world now sees Bharat as not only as a potential economic power house but also as a world leader in many aspects like fight against climate change etc. Bharat’s cultural influence on the world has always been great and is rising every year. Bharat is world’s 2nd biggest arms importer and provides huge human aid in UN’s ongoing humanitarian projects. Bharatiya economy is a huge market for all multinational companies.

This is the time Bharat should exercise its power and influence to curb terrorism by blocking terrorist safe-haven nations like Pakistan. We must make sure that no nation, entity and organization has business with Pakistan until they stop terrorism. Bharat must make it clear on fronts possible that either you deal with Bharat or with Pakistan. There can be no balancing between both. China has been successful in doing so with Taiwan. Time has come for Bharat that it starts exercising its global power and influence.

It is high time Bharat starts using its actual strength and defeating Pakistan on all fronts by utilizing its frailties. We must hit this facinorous deleterious nation, which can deign to any level to harm us, where it hurts the most. Pakistan knows no redamancy and is filled with fie for the people of Bharat. We must not shy away from being aggressive towards the enemy which dreams of destroying us.

Congress gets majority in HP, set to bring back OPS in fiscally reckless move