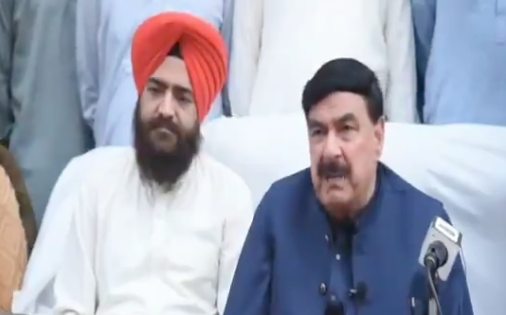 The Kartarput corridor is very important for all Punjabi sentiments (Hindu and Sikh). It has been clear that Pakistan has realized this, and is playing a double game here: opening the corridor, while at the same time trying to use it to fan-alive the dead Khalistani terror movement.

Let us mince no words, that movement was a terrorist movement by definition: throughout the 80s and early 90s, terror groups like Babbar Khalsa, Khalistan Liberation Force, and many others roamed Punjab with Pakistani supplied AK-47s and grenades and fired upon totally innocent Hindu civilians at markets, train stations, Ram Lila grounds, buses (which would be stopped, Hindus asked to separate, and then shot dead).  Exact numbers are not available, but sane sources say up to 30,000 Hindus were killed in over a decade of that terror movement.

That terror movement was comprehensively REJECTED by the Sikhs of Bharat

It is that movement that Pakistan is trying to revive.  There seems to be no doubt about Pakistan’s intentions. Here, in a recent video, Pakistan’s minister Sheikh Rashid (the same person who threatened that “no bells will ring in temples in India” after they use their nuclear weapons on us) is sitting by the side of Khalistan supporter Gopal Singh Chawla (I will leave the irony of someone named Gopal Chawla being a separatist to the astute reader). They say that pilgrims for Kartarpur are Khalistanis who should be welcomed.

Every community has gullible people.  Every community has people who can be bought.  I think this Gopal Chawla is not even a Sikh (if he were, he would have raised his voice against the persecution of Sikhs in Pakistan).  I think he is a convert, but has been asked to play Taqiya and continue to pretend to be a Sikh so that he is useful to the ISI.

But leave that aside, the point is that there is always a small % of people in any community that can be exploited, either because they are gullible or because they are venal. And it seems clear Pakistan wants to tap into that % for its nefarious designs.

Bharat will have to be very careful that these people do not fan the flames in Punjab again.  All Punjabis, but especially Hindus, have suffered a lot in the 80s.