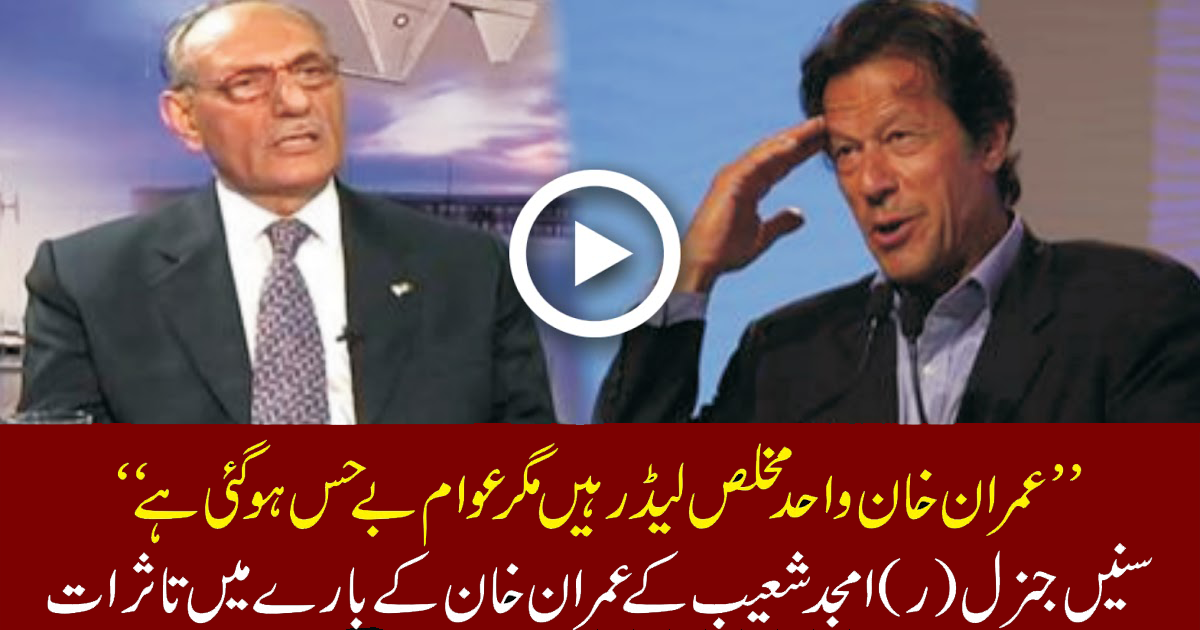 A retired Pakistani General, Lt. Gen Amjad Shoaib, has suggested Kashmiri youth to carry out suicide bombings in Kashmir to ‘teach India a lesson’ and make the world take notice. Shockingly, he made these terror-inciting comments in a casual tone while participating in a news debate anchored by Pakistan’s most famous anchor Hamid Mir.

The clip was shared by Junaid Qureshi, a Kashmiri and Director at European think-tank EFSAS

Lt. Gen Amjad Shoaib, a Pakistani retired General, suggesting Kashmiri youth to carry out suicide bombings in Kashmir to 'teach India a lesson'. Most probably, his own children are doctors and engineers from elite universities.

This suggestion was made on a Pakistani channel. pic.twitter.com/nGUNdwfJo5

To make matters worse, Mir and the rest of the panelists do not counter the General or stop him for spewing such hateful advice – on the contrary, Mir nods along in agreement and correlates what the General is saying with the incidents of 13 July, 1931 when 22 Kashmiris died in police firing on protesters outside Srinagar Central jail.

Here is the full translation of what Lt. Gen Amjad Shoaib said –

“There are 2-3 things related to the bloodshed in Kashmir which we have been seeing since Burhan Wani’s death –  now the time has come for bloodshed of Indians. When you try to crush a young population, the youth thinks very differently to people like us whose emotions have turned cold & who are thinking of far away things. The phenomenon of suicide bombing has not yet started there (in Kashmir), it is going to start. When the Kashmiri youth understands that they anyway are going to die at the hands of Indians, then they will kill others before dying.

Indians haven’t come to their senses, Imran saheb said a very right thing…<Hamid Mir interjects with his 1931 incident recollection>..yes, Kashmiris have been dying since then (1931), but there was no suicide bombing phenomenon back then. Today, it is a very popular phenomenon and you will see that this is going to start there <Hamid Mir says ‘I hope to Allah that it doesn’t start…that they (Indians) see sense’>..When you are murdering our children and then refuse to talk with them..the world did not react even after Human Rights Commission published their report. Then you say, why turn to terror, pick up the gun? No, now they won’t pick the gun, you will see suicide bombings…then the world will take notice.“

These are not the rantings of just anyone. Lt. Gen. Amjad Shoaib is a well-respected defence analyst who is often seen on Pakistani TV and is still closely connected with Pakistan’s security establishment. He is also the President of Pakistan Ex-Servicemen Society (PESS).

Would a highly-decorated officer of any professional Army in the world be found promoting suicide terror in such a brazen fashion? This kind of bigoted, religiously-motivated indoctrination is what makes the Pakistani Army a rogue Army, and in turn the nation of Pakistan a rogue state.

Any casual observer of Pakistan knows the dominant role the Army plays in that nation. And every Indian knows  the barbarity the Pakistani Army and its ‘non-state’ actors are capable of, as we have seen time and again in the brutal torture and beheadings of Indian soldiers like Captain Saurabh Kalia, Sepoy Bhausaheb Maruti Talekar, Lance Naiks Hemraj Singh & Sudhakar Singh and several others.

Now, there is even an overwhelming body of evidence in form of well-researched books like Christine Fair’s Fighting to the End: The Pakistan Army’s Way of War.

As this review of the book says –

“Unlike conventional armies which seek only to protect territorial boundaries, the Pakistani Army, Fair argues, has taken upon it to protect the country’s ideological frontiers as defined by Islam.

…Fair argues that for the Pakistan Army, defeat does not lie in its failure to win Kashmir despite its numerous unsuccessful attempts; defeat will be the point when it stops trying. Therefore, failed attempts are just “honourable and brave Muslims” fighting against “meek, pusillanimous and treacherous Hindus”.

Fair, who has extensively researched the Pakistan Army’s publications, has found this to be the common theme in writings of senior army officers. Pakistan Army Green Books are replete with arguments of why the Hindu Indian army poses a threat to a resource-wise weaker, but conviction-wise stronger Muslim Pakistan. Even though this portrayal is incorrect, as the Indian army is multi-religious, it is accepted and propagated because it fits in perfectly with the Pakistan Army’s ideological fight.”

And quoting from this synopsis of the book

“From the army’s distorted view of history, it is victorious as long as it can resist India’s purported drive for regional hegemony as well as the territorial status quo. Simply put, acquiescence means defeat. Fighting to the End convincingly shows that because the army is unlikely to abandon these preferences, Pakistan will remain a destabilizing force in world politics for the foreseeable future.“

With such incontrovertible evidence in front of us about the rogue nature of the terrorist state of Pakistan, dominated as it is by an Army consisting of fanatical elements like Lt. Gen Amjad Shoaib at the very top, why does the Indian state continue deluding itself that any amount of talks, people-to-people or sporting contact, trade etc will reform the anti-Hindu & anti-India hate which has become the basis of Pakistan’s self-identity?

It is time to relegate our ‘Aman ki Asha’ tamasha-artists to the sidelines, quarantine them in their Lutyen’s drinking holes, and deal with the rogue Pakistani Army by declaring Pakistan a terror state, cutting off all ties, isolating them internationally and gradually wearing down its genocidal militrocracy by exposing them in the eyes of their own populace.

We could also do well to ensure that ‘mainstream’ politicians who call Pakistan a ‘special neighbour‘, or invite Pakistan to meddle in Indian politics, are kept far-far away from the seat of power in Delhi.